Twenty-one-year-old Cathy Freeman flew three flags at the Commonwealth Games at Victoria, Canada, in 1994 and all are still fluttering to this day.

Two were the Australian and Indigenous flags Freeman paraded on the track after her gold medals runs in the 400m and 200m, prompting seething from Australian Commonwealth Games boss and chef de mission Arthur Tunstall, who said all Australians had to compete under a single flag and tried to ban her from carrying the Indigenous standard. 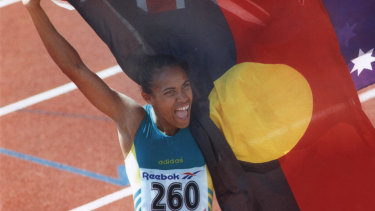 “She should have carried the Australian flag first up, and [we should have] not seen the Aboriginal flag at all,” he told media.

He might as well have tried to ban air. “I was ready and I knew it. This was my race, and no one was going to stop me telling the world how proud I was to be Aboriginal,” Freeman wrote in her 2003 autobiography Cathy: Her Own Story.

“I took the flag and draped it over my shoulders like a cape and trotted off. I wanted to shout, ‘look at me, look at my skin. I’m black and I’m the best’. There was no more shame.”

Heptathlete Jane Flemming was captain of that aths team. “Looking back, it was probably the first time we had the Aboriginal flag debate in public,” Flemming said this week. “Go her, for kicking off the whole debate. It was probably one of the most significant things she did.” 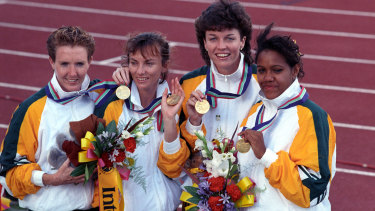 Cathy Freeman (right) with 4x100m relay gold at the 1990 Commonwealth Games in Auckland. With her are Monique Dunstan, Kathy Sambell and Kerry Johnson.Credit:Staff photographer

Hurdler Simon Hollingsworth was a contemporary of Freeman’s, later chief executive of the Australian Sports Commission. He said no-one on the team knew about Freeman’s gesture in advance. “I think most of us suspected she would do something,” he said. “And we kind of hoped she would. We didn’t see it as controversial. We saw it as her celebrating her culture. We didn’t see it as one flag diminishing the other.”

The third, metaphorical flag Freeman flew was a signal to the world of her talent. In what veteran athletics writer Len Johnson remembers were particularly strong fields for Commonwealth Games, Freeman streeted them in the 400 and scrapped her way from behind in the 200. 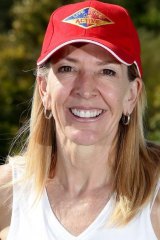 Flemming especially remembers the 200. “If you watch the way she ran that race, it was a sign of things to come,” she said. “She clawed them back over the last 30 metres. There’s a term for it. It’s rare in sport and you can’t train it. It’s called animal instinct.

“You see a race that will be won by a couple of hundredths of a second and you just know who will win it. They’re so intrinsically driven to get to the line first. Kelsey Barber’s got it. So has Eleanor Patterson. Cathy had it. You can see it in that 200. It was the beginning of all of our understanding about her.”

In the 400, which would become her hallmark, Freeman’s time would have beaten half the field in the world championships final in Eugene, Oregon, last week – more than a quarter of a century later.

“My memory is that she entered the straight in front in the 400 and ran strongly to the line when we all thought she might fade a bit,” said Johnson. “She’d gone out like free beer in a couple of races earlier in her career. It was probably the result we hoped for but didn’t necessarily expect.”

Hollingsworth was in awe. “In my mind, that was the moment Cathy went from potential to actual,” he said. “I remember her contemporaries saying, wow, she’s a rock star.”

Freeman was not exactly an unknown. She had won Commonwealth relay gold in Auckland in 1990 as a 16-year-old – an Indigenous milestone – and that year had been the Young Australian of the Year, and she had competed at the 1992 Barcelona Olympics. But she had been an ethereal figure. “Everyone kind of knew her, but they didn’t really know her,” said Flemming. Now they did. 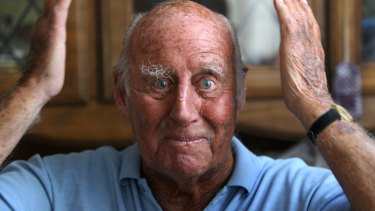 Arthur Tunstall, pictured in 2012, is still remembered for the controversy.Credit:Janie Barrett

Tunstall was, well, notorious. Pre-Games, he had railed against a fund-raising Golden Girls of Athletics calendar featuring Flemming, walker Jane Saville and marathoner Tani Ruckle, but not much wardrobe. In Victoria, he described the participation of disabled athletes as an embarrassment, and voted against the inclusion of team sports in the next Commonwealth Games in Kuala Lumpur. Then came his stand against Freeman.

“It was a period when sport was professionalising in different ways,” said Hollingsworth. “That was almost the last gasp of the old blazer brigade. That’s not to diminish Arthur’s contribution to sport. I remember on the team, the thought was, this is a strange thing to get upset about. 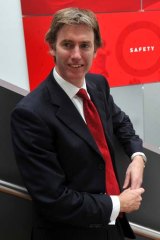 “Looking back, it was a turning point in where sport was headed, and in our view of the contribution of Indigenous athletes to sport.”

Pre internet, long before social media, back in the fax age, the stir Freeman caused around the world was not immediately apparent in Victoria.

Gratifyingly, the balance of sentiment was strongly pro-Freeman. Then Prime Minister Paul Keating sent her a telegram to say that “in the circumstances, your carrying of both flags was an important reminder of your pride in your heritage as an Aboriginal Australian”.

The next year, the Indigenous flag was recognised as an official flag of Australia. “The Games revealed the overall sentiment of Australians is for the reconciliation of Aboriginal and non-Aboriginal Australians,” Keating said. 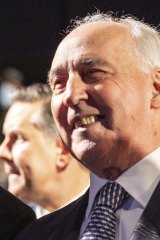 Flemming still marvels at Freeman in 1994. “For me, it was the growing up of Cath Freeman. Up until then, we all thought she was the little girl of the team,” she said. “I think it was the start of her maturing, on and off the track.”

“I think Cath is, and has always been, naturally introverted. For her to take a stance like that was probably an even bigger thing than what was publicly perceived.”

As would become so apparent on two unforgettable nights at the Sydney Olympics six years later, shy should not be mistaken for timid. Upon winning Olympic gold, she again draped herself in the Indigenous flag. Technically, she might have breached a still standing rule about demonstrations at the Games, but discretion prevailed. Freeman, greatness and that flag were indivisible.

“To be a Kuku Yalanji woman, to have a place in the history of this country, surely in the sporting context, but in a social justice context – matters that are so important for the future of this country,” Freeman said in ABC documentary in 2020, “that’s the most inspiring part for me.”

Tunstall’s 30-year stint at the Australian Commonwealth Games Association came to a finish in 1998 and he died in 2016. He and Freeman did reconcile and many years later they filmed a tea commercial together. In it, Freeman asks Tunstall how he likes his brew, and he replies: “Black is fine, thanks Cathy.”

Get all the latest news from the Birmingham Commonwealth Games here. We’ll be live blogging the action from 4pm-10am daily.