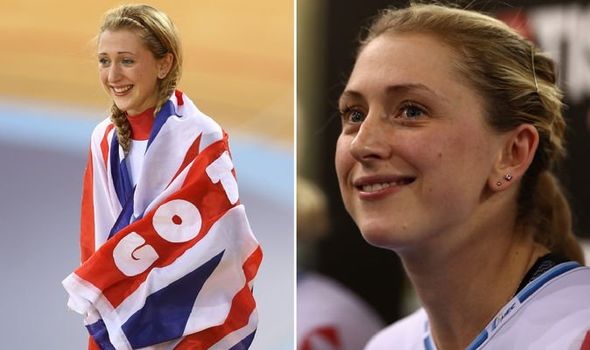 Laura Kenny is one in a bullion and, by her own giggling admission, slightly bonkers. The queen of Team GB’s blazing saddles broke her shoulder only three weeks before last year’s UCI track cycling world championships in Berlin – but she still won a silver medal to prove mere broken bones could not override her competitive instincts.

Now cycling royalty Sir Chris Hoy, winner of six Olympic golds for Britain – a record he shares with Kenny’s husband, Jason – is predicting she will complete a golden hat-trick in Tokyo and come home as Team GB’s greatest achiever (male or female) of all time.

“He’s just saying that because, deep down, he’s thinking ‘Please don’t!’,” laughed Kenny. “I don’t like to talk about medals and how many I am going to win.

“But for Tokyo it is still my target to compete in three disciplines. My biggest challenge is going to be getting selected because the competition is so fierce we can take nothing for granted.”

It is by no means certain that the Games, already deferred 12 months by the pandemic, will go ahead this summer.

But even if they are cancelled again, at 28 Kenny is still young enough to fulfil Hoy’s prophecy. 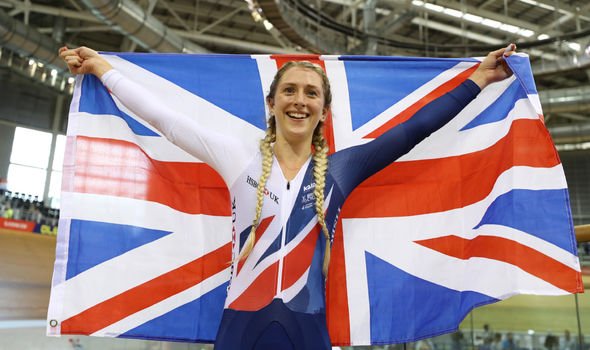 As if the broken shoulder at a World Cup meeting in Canada wasn’t bad enough, she hit the deck again in the omnium scratch race in Berlin.

She may look dainty in her plaits, but Kenny is so hard she could knock a picture hook into your living room with her forehead.

“If I had known lockdown was going to happen, I wouldn’t have bothered putting myself through all that,” said Kenny, who is working with Purplebricks to get behind Team GB on the countdown to Tokyo.

“I knew I wasn’t fit and I knew there was no way I would be in shape, but it was the last competitive race scheduled before the Games.

“Although it hurt like hell, I knew that if I hadn’t turned up in Berlin and shown them a broken shoulder wasn’t going to stop me, I would have been terrified when I got to Tokyo.

“Obviously I wasn’t going to go to a world championships and just ride a few laps for the sake of it. I just didn’t expect to crash and break my arm in the process!

“This sounds big-headed, but I knew I was tough and strong-willed, and I knew I could put myself through expectation and pressure. 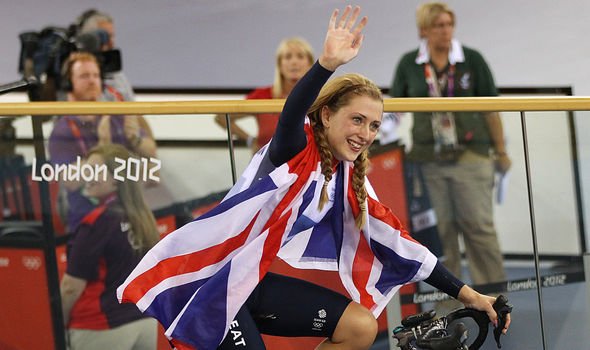 “But I think that actually proved to myself that I’m also slightly mad.

“Jason was saying, ‘I don’t know why you’re putting yourself through it. You must have some issues.’ But I couldn’t let it go. I always want to put it out there.”

Right now, Kenny is spinning plates with the demands of lockdown, training and motherhood.

So far, she has not been forced to quarantine, but she admitted: “It feels a lot closer this time than it did before. Because we were spending most of our time at home, we felt detached from the worst of the virus and it didn’t feel like it was on our doorstep.

“But after they reopened the velodrome, some of the staff members got it. You feel like you’re in touching distance. Stay safe out there, it’s for real.”

Laura Kenny is working with Purplebricks to encourage the nation to get behind Team GB on the road to Tokyo with the same amazing home support as London 2012. Visit @PurplebricksUK on Facebook, Twitter, Instagram & YouTube.