Anthony Davis expects to be on the court for Game 6 of the NBA Finals when the Lakers try for the second time to wrap up the championship over the Miami Heat.

“I’ll be fine on Sunday,” said Davis, who appears on the injury report as probable in dealing with an injury to his right heel.

Davis, who is averaging 26.2 points and 9.8 rebounds per game and shooting 60.5 per cent in the series, went down to the floor in pain after battling for a rebound in the closing seconds of the first quarter of Game 5, which the Heat won 111-108.

The seven-time All-Star showed the effects of the injury during the game, often “struggling to move a little bit,” Lakers head coach Frank Vogel said.

After the game, Davis said he actually reaggravated an injury he suffered earlier in the postseason.

The Lakers take a 3-2 series lead into Game 6, which is live on Sky Sports in the early hours of Monday morning.

The Heat have been hoping to get Goran Dragic back, but the guard, who has been dealing with a torn left plantar fascia, is still listed as doubtful. 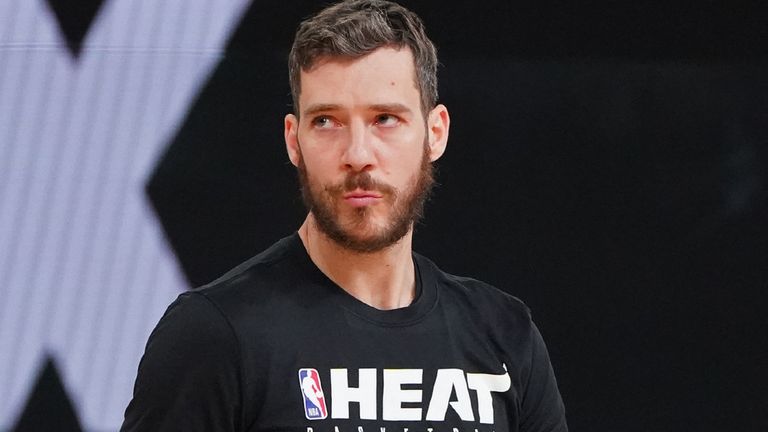 Dragic sustained the injury in Game 1 of the series and hasn’t played since.

The Slovenian averaged 16.2 points during the regular season and was averaging 20.9 points per game in the Heat’s first 16 postseason games this season.