Devin Booker scored a season-high 58 points, using one of the best scoring efforts of his career to nearly single-handedly push the Phoenix Suns past the New Orleans Pelicans 118-114 on Saturday night.

It´s the second time this season Booker has topped 50 points – he scored 51 against the Bulls on Nov. 30 in just three quarters.

This effort was even more impressive because it brought the Suns back from a 24-point deficit in the second half. The three-time All-Star made 21 of 35 shots, including 6 of 12 3-pointers. He added five rebounds and five assists. 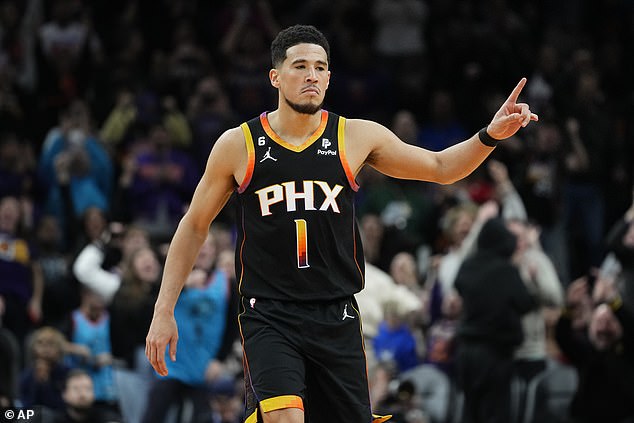 The Pelicans led 83-59 midway through the third quarter, but the Suns used a 25-6 run to cut that advantage to 89-84 going into the fourth. Booker scored 20 points in the third, willing his team back into contention.

Phoenix tied it at 99 with 7:04 left on Josh Okogie´s free throw. Booker scored a stunning 25 points in a row for the Suns before Okogie´s two free throws, making just about everything he tossed toward the rim as the home crowd roared.

The Suns were clinging to a 111-109 lead when Chris Paul made a crucial 3-pointer with 1:04 remaining. Paul finished with 18 points and eight assists.

The Suns won their second straight game while the Pelicans have dropped three in a row. 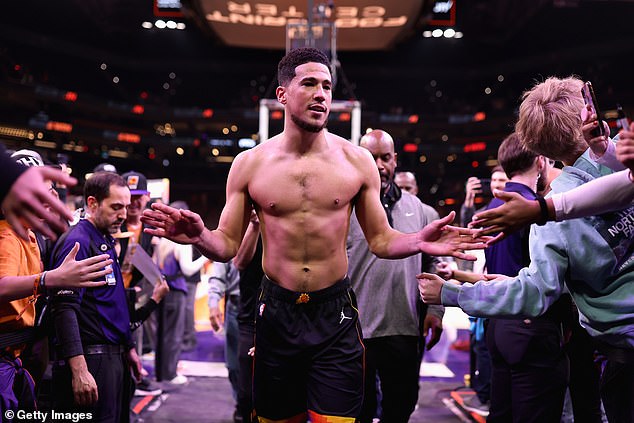 Booker high-fives fans as he leaves the court in Phoenix, Arizona after a win over the Pelicans

Jimmy Butler scored 26 points, Bam Adebayo had 22 points and 13 rebounds and Miami extended its winning streak to four, beating San Antonio in the first NBA game in Mexico City since 2019.

Tyler Herro added 21 points and Duncan Robinson and Max Strauss had 12 each for the Heat. Keldon Johnson scored 22 points for San Antonio. At 9-20, the Spurs are last in the Western Conference.

The game was the 31st in Mexico, more than any other country outside of the U.S. and Canada. Mexican fans packed the glass-clad, $300 million arena that was built in 2012 and hosts the Capitanes team of the G-League. 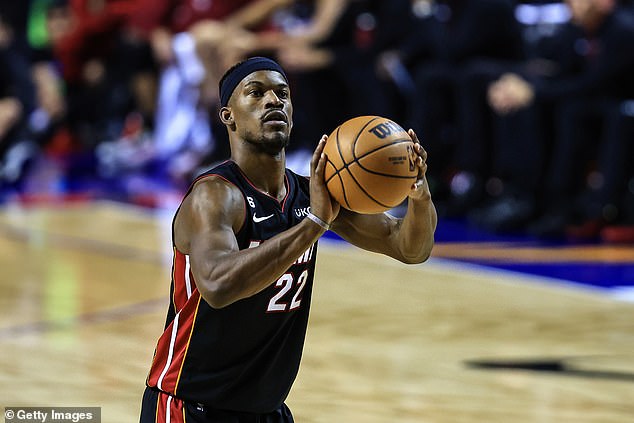 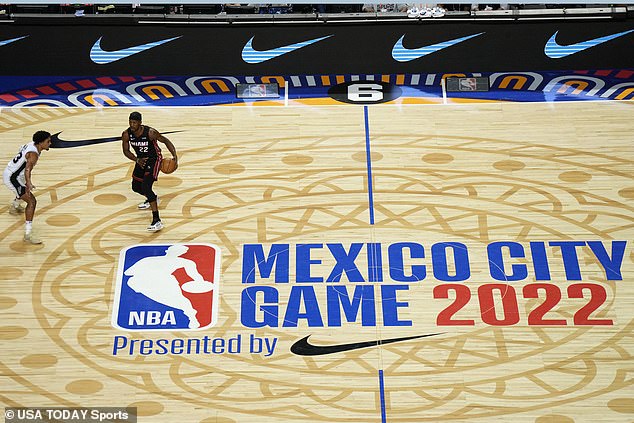 Dallas had three opportunities to take the lead in the final minute, including Christian Wood´s 30-footer as time expired. Frank Ntilikina was stripped by Donovan Mitchell and Kemba Walker´s jumper landed between the backboard and the rim on the other two.

Mitchell scored 25 points and Darius Garland had 18 points, seven rebounds and 12 assists for Cleveland, which has the best home record in the NBA at 14-2. Allen added eight points and 15 rebounds, and Evan Mobley had 17 points and eight rebounds.

Four-time All-Star guard Walker, who signed with Dallas on Nov. 29, had 32 points and seven assists over 42 minutes in his third game. Wood had 26 points and 14 rebounds, and Hardaway scored 13 points.

Luka Doncic, the second-leading scorer in the NBA at 33.0 points per game, did not play for the Mavericks because of a right quadriceps strain. 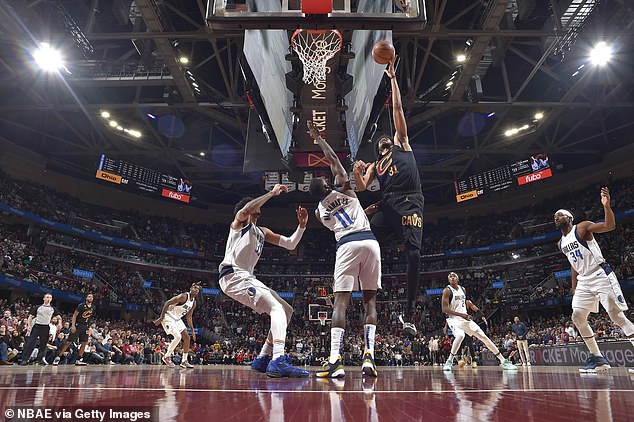 Kawhi Leonard scored a season-high 31 points and Los Angeles rallied in the fourth quarter to beat Washington, extending the Wizards´ skid to a season-worst nine games.

Leonard carried the offensive load on a day when Paul George, Ivica Zubac, Reggie Jackson and Norman Powell were sidelined. Luke Kennard added a season-high 20 points off the bench, tying his season high with four 3-pointers.

Kristaps Porzingis led the Wizards with 19 points. They have lost 12 of 13. 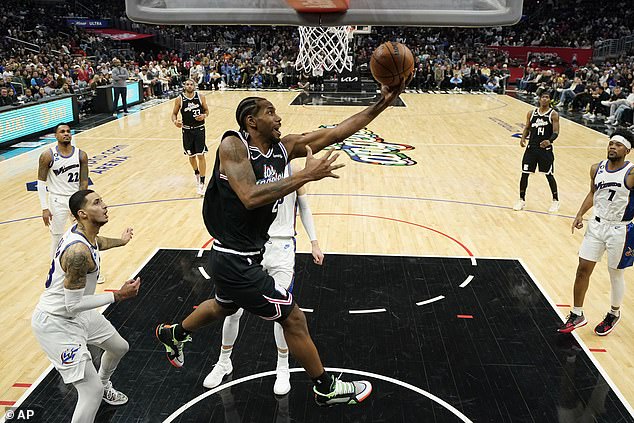 Bobby Portis had 22 points and 14 rebounds starting in place of Giannis Antetokounmpo and Milwaukee also played without Khris Middleton in a victory over Utah.

Portis was 9 of 16 from the field and made two 3-pointers.

Malik Beasley and Lauri Markkanen each had 18 points for Utah. 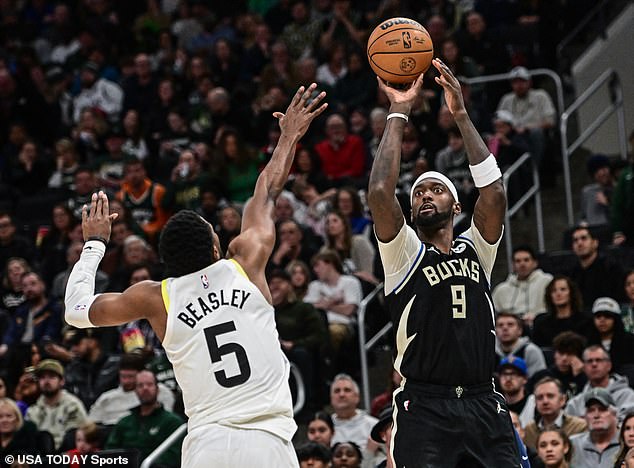 Portland led by as many as 22 points before Houston closed the gap to 11 points in the fourth quarter with 2:09 remaining and prompting the Trail Blazers to put their starters back in the game. 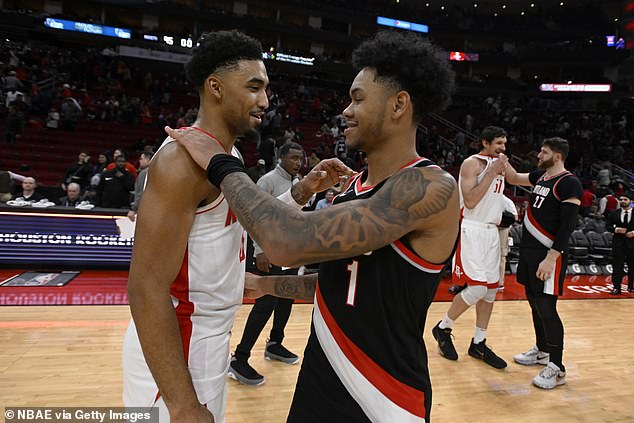