When Bendigo Spirit and the Southside Flyers go head-to-head in their opening game of the WNBL season on Thursday it will also be a clash of two Tigers.

Dual sport athletes Monique Conti (Flyers) and Tessa Lavey (Spirit) will be teammates during the AFLW season but first they have to be opponents in the WNBL. 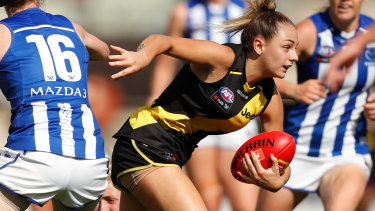 Lavey was picked by the Tigers in the 2020 AFLW draft while Conti has played one season for Richmond after moving from the Western Bulldogs.

"Round one against Tessa, that will be very interesting," Conti said.

"I think that will be a good contest, she’s a great player and has great experience so she will be a very good match-up to have.

"He [new Richmond coach Ryan Ferguson] is very understanding. And he likes his basketball too which is a big positive.

"He is very comfortable with us focusing on our basketball for now."

Given the pandemic put a hold on the VFLW season and made the future of the WNBL season uncertain, Conti was unsure if she'd be able to juggle both sports this season.

She had planned to train with the Flyers and then see what happened.

Luckily for her the WNBL season will be played entirely in Queensland, compressed from mid November to late December.

It means she will even get to have a break before the AFLW kicks off on February 1st next year. 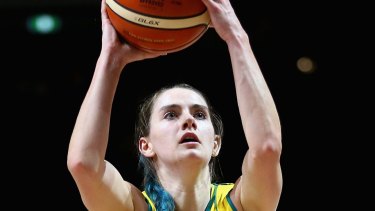 “Because of coronavirus that was all thrown out the window so we were taking it a week at a time … then they started talking about the hub and it was more realistic to do both.

“I wasn’t expecting to play WNBL this season [because of the pandemic], I wasn’t sure what the season would be like.

“It was sort of all up in the air but I guess the hub came into the picture and I had the opportunity to sign and I have no regrets, it’s been great.

“There’ll be quick turn arounds from game-to-game which will be interesting but I am looking forward to seeing how we go with all that."

With plenty of talent in the Flyers side, Conti is hopeful of a successful WNBL campaign in the hub, having only gotten out of two-weeks quarantine on Sunday.

"I think we will go very well this season. We have got a very tight knit group already and a lot of the girls have already played with each other," Conti said.

"On and off the court the chemistry is good which is very important.

"Playing under Jenna [O’Hea] as our captain is pretty phenomenal.

"We have some great athletes in our team like Leilani [Mitchell], Liz [Cambage], Bec [Cole] and Jenna just to name a few."