Ronnie O’Sullivan has taken aim at Milton Keynes for the second time in a week after reaching the final of the Tour Snooker Championship in Celtic Manor. The world snooker tour has been largely played at the Marshall Arena this season due to it’s ability to offer accomodation on site, making it easier to adhere to lockdown protocols.

The Tour Championship though has been held at Celtic Manor this week with O’Sullivan playing some outstanding snooker once again.

However, he looked to be heading out of the tournament at the semi-final stage after going down 9-6 in the best-of-19 format.

O’Sullivan though sparked an impressive comeback to force a deciding frame which lasted close to 30 minutes.

Hawkins needed a snooker to get back into the match but a mistake on the yellow gave O’Sullivan the opportunity to progress to the final and the 45-year-old made no mistake. 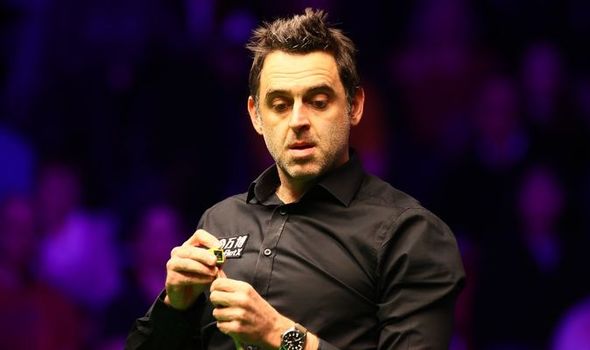 He now faces Neil Robertson in the final on Sunday in a repeat of the 2019 event.

But O’Sullivan couldn’t help but take another parting shot at Milton Keynes following his win over Hawkins.

When asked whether he liked it at Celtic Manor due to his impressive record at the venue, O’Sullivna quipped: “Yeah, well it’s a lot better than Milton Keynes.

“Category A prison that Milton Keynes. I’ve seen enough of those over the years.

“I’ve spent far too long there and that’s a sad gaff. I didn’t enjoy that towards the end so it’s nice to come to a nice resort where the food’s good and you can actually see some greenery and some trees.

“It’s just a nice place. Milton Keynes is not the best place but it’s served it’s purporse and done what it done but it can send you a bit crazy after a while.”