When Charli Collier was selected with the first pick by the Dallas Wings out of Texas, the WNBA Draft had its first winner of the evening.

But with just 144 spots available in the league and most of the 12 teams having more than 12 players signed up for training camp tryouts before the WNBA Draft even started, a huge number of this year’s class are unlikely to receive a contract this season.

The draft had so many twists and turns and a number of top prospects slipped out of the first round. There will be more losers than winners to come as we approach the start of the season, but here are a few from the first big event of the WNBA in 2021.

Since the 1992 Olympics, and the 1996 Games when Team USA set up a women’s Dream Team, the standard of basketball around the world has been levelling up.

The US is still ahead in terms of the country’s national team, but individual talent is catching up.

Each year, WNBA players compete for teams in Europe, Australia, South America and in Asia in the winter months, which means franchise executives are keeping an eye on their talent around the world… and their team-mates.

Iliana Rupert is the final pick of first round of the 2021 WNBA Draft.

That's three international players that went in the first round. Curt Miller told reporters this week he didn't feel like people were talking enough about how deep the international pool is this draft cycle

One of the best prospects this year was 19-year-old Awak Kuier of Finland, who became the first Finnish player to be drafted into the league. She has been playing alongside the Dallas Wings’ Isabelle Harrison on the Italian team Passalacqua Ragusa over the winter, and now Kuier has been drafted onto the same WNBA team.

It’s not very often a W team can draft players younger than 21 due to college rules, but they can if imported from overseas. Other youngsters drafted include Spain’s Raquel Carrera, who made quite the splash at the FIBA EuroCup Final when she was fouled at the buzzer and got the opportunity to shoot two free throws with her team down one point.

The forward-center sunk both and won the trophy for her team on one of the biggest stages in the women’s basketball world – she was selected by the Atlanta Dream.

Australia’s Shyla Heal was selected to support Courtney Vandersloot as a guard with the Chicago Sky. Ilyana Rupert, a post-player from France, was picked by the Las Vegas Aces to offer some depth to A’ja Wilson, Liz Cambage and Dearica Hamby.

The New York Liberty picked up another Marine from France to add to Johannes – Fathoux will also get the opportunity this year. Florencia Chagas of Argentina was selected by Indiana and Aina Ayuso from Spain will head to the LA Sparks.

It might be that so many international players were selected because there aren’t many places available in the league this season and it’s easier to stash the rights to overseas players for the future. This could be especially important this season, which will be interrupted by the Olympics, but international talent and scouting is improving, and the WNBA is taking notice.

The guard from West Virginia was expected to be a third-round pick on most mock drafts, but she leap-frogged the field to be selected fourth overall by the Indiana Fever.

It was painfully obvious that nobody was expecting Gondrezick’s name to be called because there was no highlight package or analysis by the broadcast crew who subsequently cut straight to an advert break. 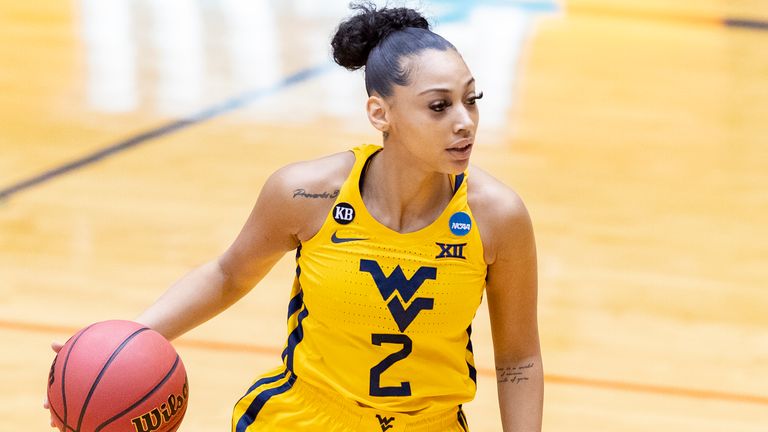 This is a huge win for Gondrezick, and you have to think the Fever have done their homework on the guard if the team is so keen to invest in her. They will certainly need a player at that position with Julie Allemand more likely to focus on playing for Belgium at the Olympics this summer rather than playing in the WNBA.

But there were so many other guards – Kiana Williams, Dana Evans and Arealla Guirantes, to name a few – that had Championship experience and understood how to deal with high-level pressure, that it left a lot of analysts scratching their heads.

Gondrezick clearly has talent, and now it seems she has the complete backing of the Indiana Fever. If she’s given the keys, maybe we’ll see a Rookie Of The Year season, but if the guard stumbles, this selection will be criticised and the Fever could reach breaking point.

The day before the WNBA Draft, the Dallas Wings finally admitted the need to empty some water from a boat that was about to sink after taking on too many draft picks. 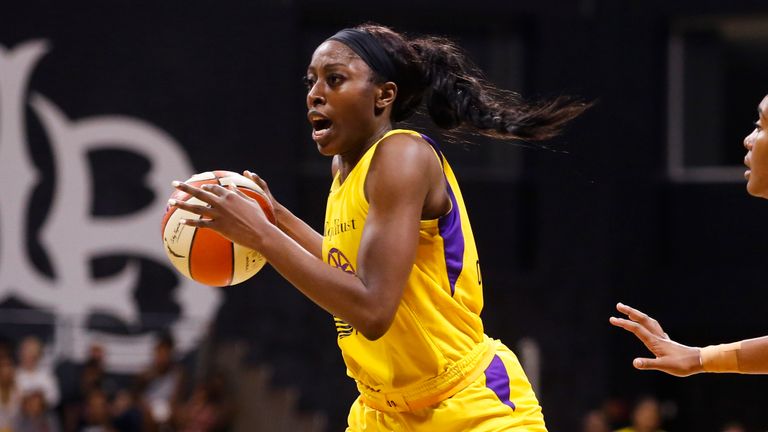 The team is in the midst of a youth movement, and had they kept all of their picks, they would have had five players ready to play at a professional level, competing for not many spots against a large group of up-and-comers who have already played in the league and overseas. It would have been unfair, and quite frankly, a waste of a draft pick.

The franchise moved one of the five selections it had in the first 13 spots and traded away the seventh pick this year, plus a 2022 second-round pick, for the LA Sparks’ first-round pick next year.

This helps the Sparks by giving them two shots at getting a league-ready player to run with former MVP Nneka Ogwumike, Chiney Ogwumike, and two-time champion Kristi Toliver, and picks up some of the minutes left open after the departure of Candace Parker, Chelsea Gray and Riquana Williams.

They used those on Jasmine Walker and Stephanie Watts, who will offer shooting and playmaking to a team that needs it. Many have suggested LA are unlikely to make the playoffs with this roster – that might be a stretch, but if the team doesn’t do well out of the gates, we could see them give more minutes to the youngsters and lean into the tank, which could help Dallas rise up the board in next year’s draft.

When Kysre Gondrezick was selected at four, it threw the whole league for a loop in the first round. A popular top-five prospect and potential Rookie of the Year on most mock drafts was Rennia Davis, who fell to the Minnesota Lynx at nine. Dana Evans? DiJonai Carrington? DiDi Richards? Kiana Williams? They fell out of the first round. Teams go into the draft with a plan, but when top talent slipped, so many of them failed to pivot and respond. As a result, so many players that were selected in the first round could turn out to be duds if they are outplayed in training camp, or worse, teams will commit to the top picks for fear of embarrassment and will cut more talented players.

It’s not easy to earn a spot in the WNBA due to a lack of spots available in the league, so making mistakes like the LA Sparks, Indiana Fever, and even Las Vegas Aces did in the first round could be costly.

It brings back the argument that the WNBA is prime for expansion. The talent available every year far outweighs the number of teams in the league and games played each season.

Commissioner Cathy Engelbert said in the pre-Draft press conference that if this season is successful by a number of metrics, we could see the WNBA look to grow in the next few seasons.

So if a large number of this year’s selections don’t make their teams this year, keep an eye on them as they could be back in the WNBA soon.