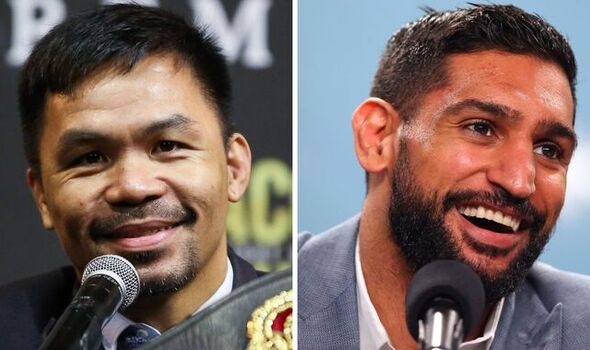 Amir Khan has claimed that he was recently offered an exhibition bout against former eight-division world champion Manny Pacquiao. Khan recently retired after being stopped by Kell Brook during their long-awaited grudge in February. At the time, he told fans that his body wasn’t working the way it once did and that he was happy with all he had achieved in the sport.

But despite retirement, Khan has been linked with multiple exhibition contests. In May, he called out Floyd Mayweather for an exhibition bout. But after Mayweather came out and denied any interest in the fight, attention has turned to Pacquiao. In a recent interview, Khan revealed a phone call from Pacquiao’s trainer Freddie Roach, in which the fight was offered to the Brit.

“I got another phone call about another one today,” Khan told iFL TV. “A friend of mine got a phone call from Freddie Roach to say ‘listen we want to get a fight now Manny didn’t win the elections, let’s do an exhibition or maybe even a proper fight.’ They also wanted to do it in the UK.

“But to be honest with you all that bull**** chasing Mayweather and Pacquiao. I am not going to chase them now, I heard it and laughed at it because it is probably all b******* to be honest with you. But that was the phone call I got today but I was like ‘alright mate tell Freddie nice one’.” 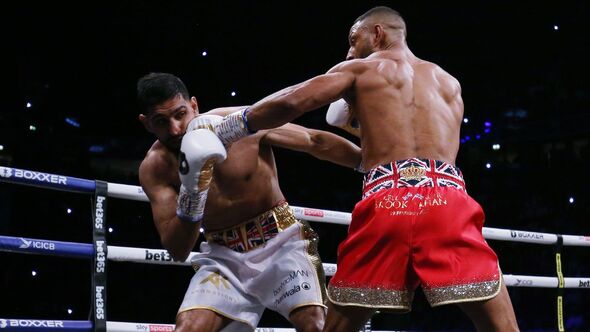 Like Khan, Pacquiao was also linked with an exhibition bout against Mayweather. The Filipino Senator recently hung up his gloves after failing to capture the WBA ‘super’ welterweight title from Yordenis Ugas in August of last year. But after a falling short of his post-career ambitions to become Filipino president, he could be set to step back in the ring.

Sean Gibbons matchmaker for MP Promotions had indicated that Pacquiao could be interested in a rematch with Mayweather but believes Mayweather’s ego would get in the way.

“Senator Pacquiao would love an exhibition against Mayweather. If he came back, it would be this year, but that’s a big yes,” Gibbons told Planet Sport. “I’d love to see it, but Mayweather doesn’t want any of this smoke because of his ego.” 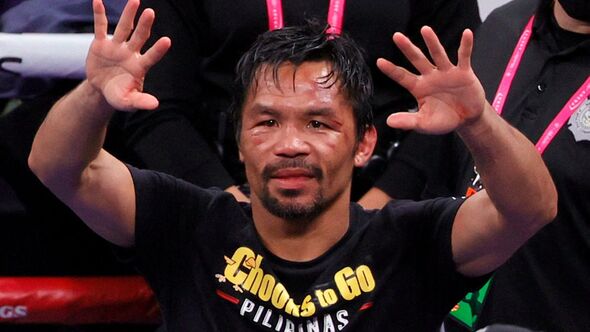 Khan was heavily linked with a fight against Pacquiao throughout his career but never ended up facing the Filipino legend. In a professional career that stretched from 2005 to 2022, ‘King’ Khan compiled a record of 34-6 and captured both the WBA ‘super’ and IBF light-welterweight titles during a star-studded stint in the sport.