Anthony Joshua has praised the efforts of Captain Tom Moore, a 99-year-old war veteran who walked 100 laps of his garden, raising £15million for the NHS in the process. Moore had only planned to raise £1,000 for NHS Charities Together.

The coronavirus has wreaked havoc across the globe, with over 13,000 confirmed dead after contracting it in the UK.

NHS workers on the frontlines are having to work tirelessly to combat the spread of the virus.

JUST IN: Deontay Wilder will refuse to step aside for Joshua vs Fury mega-fight 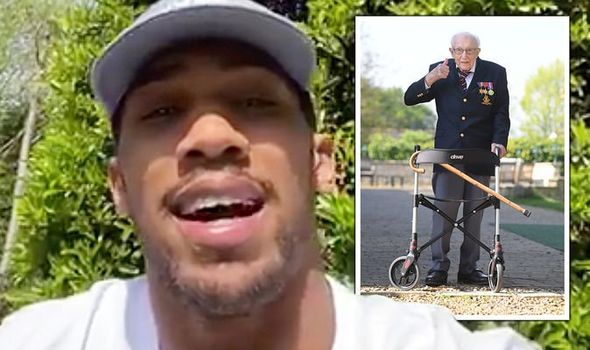 But Moore has raised an astonishing £15m and counting to help the NHS get the supplies they need.

And Joshua, who called NHS workers ‘real heroes’ two weeks ago, has applauded his effort.

“I’ve seen what you have done and what you’re willing to put yourself through.

“You are a phenomenal human being, what you’ve managed to do just shows how great humans are and how great you are as a human.

“I just wanted to show my support to you by sending this video and saying we all acknowledge your hard work.

“God bless you my friend, have a lovely day and take care.” 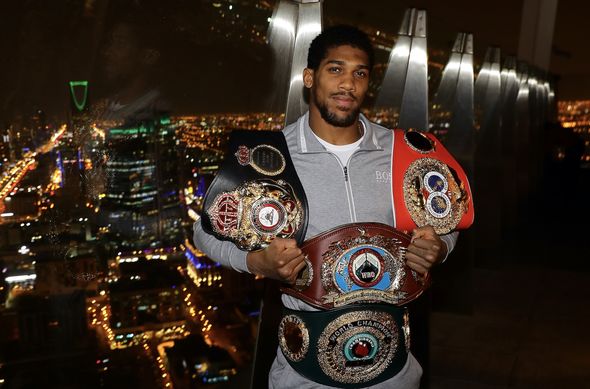 “I feel fine, I hope you’re all feeling fine too,” Moore said after finishing.

“I never dreamt I would be involved in such an occasion as this.”

His daughter Hannah Ingram-Moore said: “We are absolutely floored by what has been achieved but we’re so happy, so humbled and so proud.

“He’s a beacon of hope in dark times and I think we all need something like this to believe in and it’s for such an amazing cause.”

“Captain Tom Moore is a total inspiration, raising over £13million for the NHS by walking 100 laps of his garden.

“I am blown away by his amazing achievement. Congratulations Captain Tom, we could all learn something from you!”