Tyson Fury and Anthony Joshua’s proposed super-fight moved a step closer, with WBO mandatory challenger Oleksandr Usyk hinting he is prepared to wait to take on the winner. Usyk stepped up to heavyweight in 2019 after dominating the cruiserweight division.

And in just his second fight at the weight, the Ukranian earned a shot at one of Joshua’s belts, convincingly beating Derek Chisora in October.

However, Usyk has suggsted that although he wants to fight AJ, he understands the enormity of a potential unification bout between the two Brits.

“All four belts might end up in the same hands of one person,” Usyk told the Sun.

“It might be a once in a lifetime opportunity. We should all talk and communicate for that to happen because it is a really big event.”

Talks remain ongoing between Joshua and Fury’s camps and Usyk has confirmed that his team are also working on making some major fights in 2021. 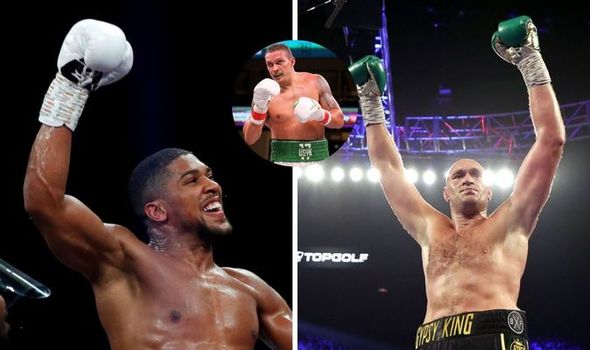 “I still want to fight Anthony Joshua for the title,” he added.

“There are many factors for this fight to happen, my team and all the participants and all their interested parties are already working on it

“But there are still many people who wish to fight him as well, like Tyson Fury.”

Should Joshua pursue the Fury fight, he could be forced to relinquish one of his three heavyweight belts.

And after Usyk’s manager Egis Kilmas claimed that would show Joshua is scared of his fighter, the 33-year-old admitted he understood his predicament. 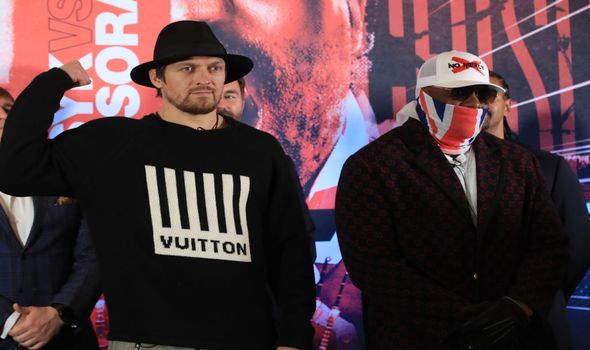 He added: “No, I don’t think he would really be afraid of me.

“Because I think if he even does vacate the belt, he might have his own reasons. With Tyson Fury he has better opportunities, I think.”

Joshua cleared his final hurdle before Fury, knocking out the stubborn Kubrat Pulev to retain his IBF, WBA and WBO heavyweight belts.

After the win, attentions quickly turned to his fellow world champion in Fury, with Joshuam claiming he is ready to take the leap. 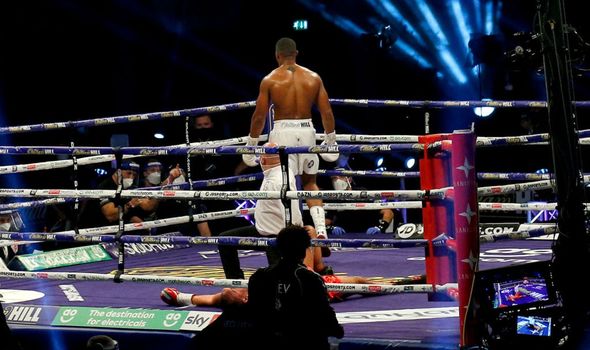 “Of course I want the challenge,” he said. It’s not about the opponent, it’s about the legacy and the belt.

“Whoever has got the belt, I would love to compete with them. If that is Tyson Fury, let it be Tyson Fury. It’s no big deal.”

Fury’s position remains similar, telling the Jonathan Ross Show: “Next year, the fight has to happen.

“He’s come over his final hurdle last week against Pulev. And now we’re both free to make this fight. I’m willing to do the fight.

“When I beat Joshua next year, I’ll have beaten the best from the last era and my era. So then there’ll always be someone else to fight.”