Anthony Joshua has welcomed a rematch with Dillian Whyte, but has warned that the fight will be one-sided. Joshua stopped Whyte back in 2015 when the pair fought for the British heavyweight title.

Joshua has since gone on to become a  two-time world heavyweight champion, while Whyte is waiting for his chance to fight for world title gold.

AJ and Whyte nearly fought last year at Wembley Stadium, but a deal could not be struck between the two sides.

Whyte still wants a shot at Joshua for his belts, but they both have upcoming fights with Alexander Povetkin and Kubrat Pulev. 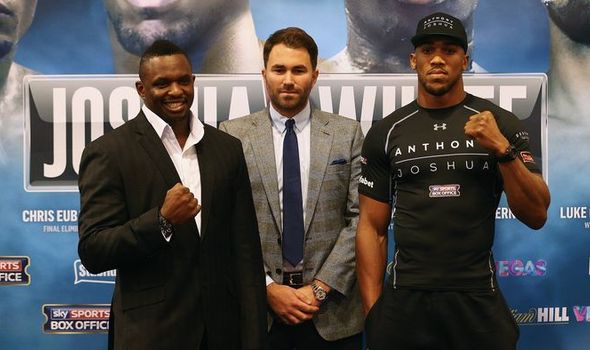 Joshua, however, has his eyes set on an undisputed world title fight with Tyson Fury, but he would happily fight Whyte after.

“I know he’s been chasing a world title shot,” he told Sky Sports.

“I offered him a world title shot last year in April, he refused it.

Mike Tyson would KO Deontay Wilder in ONE MINUTE – ex-trainer

“Maybe he wants his hand on the WBC, but if me and Tyson Fury fight, then I know he didn’t want to fight me last year.

“But he’ll definitely have to fight me this time, if he wants his hands on the WBC belt.

“Once I’ve beaten Tyson Fury, Dillian Whyte can come and get this work as well. It won’t be that good, it will be one-sided.”

Joshua then stated that he would be happy to face all challengers in the heavyweight division, including Oleksandr Usyk. 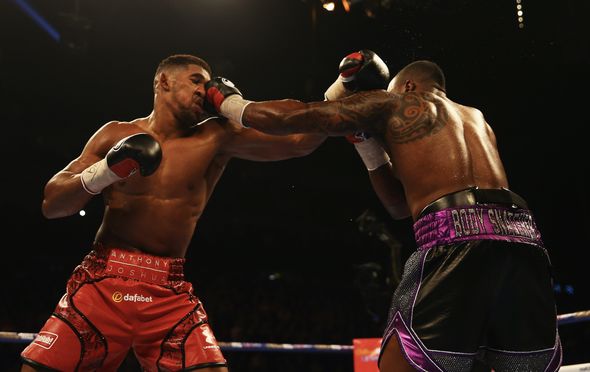 “I think line them all up,” added Joshua.

“You know what it is with me, you look through my resume, I take them all on.

“I will be a well-respected heavyweight in this division, knowing that I never ducked a challenge, but Usyk, Dillian Whyte, Fury, Wilder – they’re all on my hit list, for sure.

“I would take on Usyk without a shadow of a doubt.”