British boxer Anthony Yarde has announced that his father has died from coronavirus and urged everyone to stay at home. Yarde shared the tragic news on his Instagram account in the early hours of Sunday morning and pointed out that his dad had no underlying health problems.

The 28-year-old fighter has called on everyone to stay in isolation as the pandemic is only going to get worse if people don’t listen to the experts’ advice.

“My Dad passed away from this virus yesterday and he was fit with no health issues.

“The more people go out and mingle the longer this isolation will last and the more it will spread. 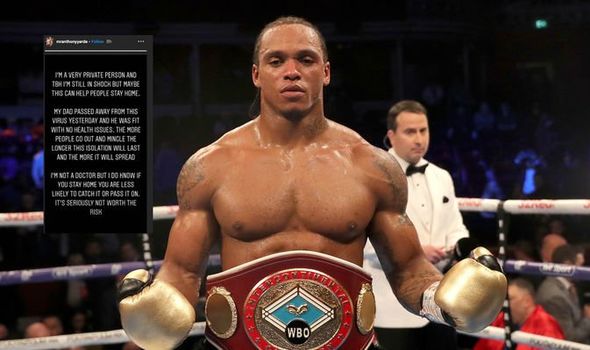 “I’m not a doctor but I do know if you stay home you are less likely to catch it or pass it on. It’s seriously not worth the risk.”

Yarde was set to fight Lyndon Arthur for the Commonwealth light heavyweight championship at the O2 in London on April 11.

However, the fight has been postponed because of the coronavirus lockdown with British Boxing announcing that all of their events will be suspended until April 30 at the earliest.

All sports in the UK have been suspended until further notice as the UK has recorded 17,089 cases of COVID-19 as well as 1,019 deaths. 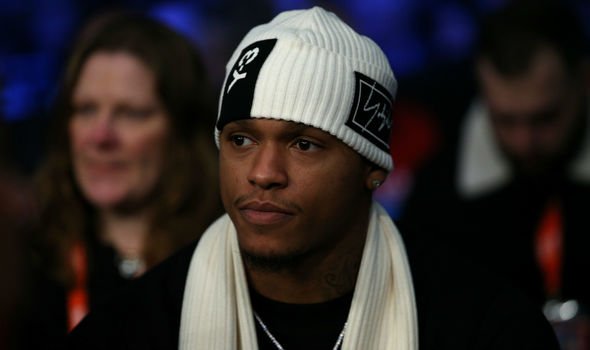 The Premier League has been postponed until April 30 at the earliest whereas UEFA fixtures have been suspended indefinitely.

The 2020 Olympic Games will not be taking place in the summer but the International Olympic Committee has refused to cancel the event with Japan likely to host in 2021.

Health officials claim the UK will do “very well” to keep the death toll below 20,000 in a shocking report recently.

Of all the deaths, 155 have occurred in London, with Yarde hailing from Hackney.

NHS England medical director Stephen Powis warned the public that “now is not the time to be complacent” and “every one of us has a part to play”.

Yarde is among the most successful British boxers as he holds an impressive record having won 19 out of his 20 fights.

The Beast from the East’s only defeat occurred against Sergey Kovalev when competing for the WBO light heavyweight championship last year.

Yarde has beaten a host of talented boxing stars such as Dariusz Sęk, Nikola Sjekloca and Travis Reeves.