Former Tyson Fury opponent Otto Wallin wants a crack at the Gypsy King again, according to his promoter Dimitry Salita. Wallin is currently recovering from a foot injury and just last month he said he has coronavirus.

The Swede opened up a 47-stitch cut over Fury’s eye but lost the fight on points.

Fury went on to defeat Deontay Wilder in their huge WBC world title rematch back in February. 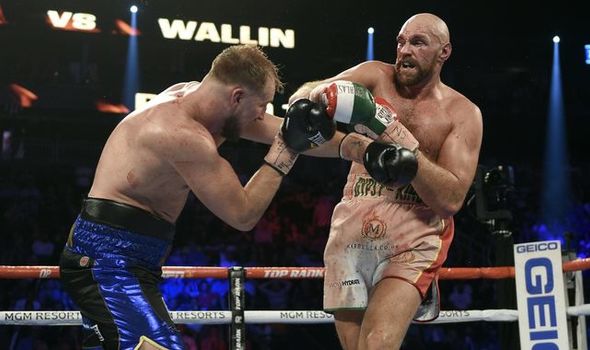 Wallin was scheduled for a fight in March but it was postponed because of a foot injury before the coronavirus crisis worsened.

But now boxing across the world has been put on hold because of the pandemic, giving Wallin time to recover from his injury.

Wallin explained last month that he was convinced he had coronavirus, after a visit from his mother, who had previously been in badly-affected Sweden.

Eddie Hearn warns Deontay Wilder not to be weak – EXCLUSIVE

Tony Bellew explains why Fury is a better heavyweight than Joshua

Wallin’s promoter Salita says Wallin will have two or three more fights when boxing resumes before he faces Fury again.

“Otto is in New York now. He is recovering and doing physiotherapy at home for his foot,” Salita told Sky Sports.

“He will be ready to get back to normal training in the beginning of May.

“He has had a challenging few months with the foot injury and then coronavirus. 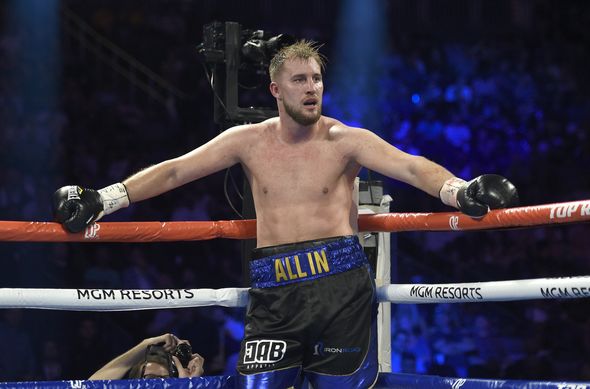 “But he is in good spirits and now in good health physically.

“Once things get back to normal, we will schedule him for a return to the ring.

“Tyson Fury is the king of the division.

“Outside of him, it’s wide open and I believe Otto is the best of the pack.

“Once he gets two or three comeback fights, he will be truly ready for the Fury rematch.”