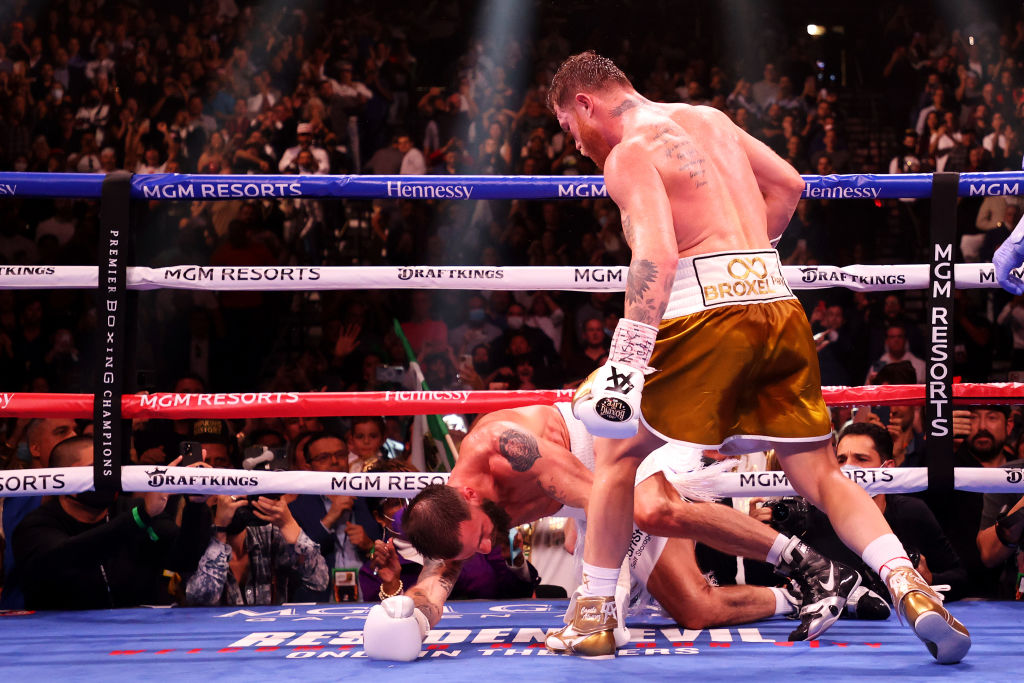 Canelo secured an 11th round knockout victory over the American in Las Vegas to become the first ever undisputed super-middleweight champion.

The two shared a warm embrace after their battle – a stark contrast to scenes in September when the two were involved in a wild press conference brawl to announce their fight.

Canelo claimed the scuffle was sparked by a comment from Plant about the Mexican’s mother.

Speaking after his victory, Canelo revealed Plant had been determined to keep fighting on despite the referee stepping in to end their contest in the 11th round.

He also explained the two had settled their differences, ending their bitter rivalry on good terms.

‘And he also apologised to me and said what he said about my mother, he didn’t really mean it and that he was truly sorry for that.

‘I told him he is a great man and I told him one day I hope he has a great family as well. I only wish the best for him.’