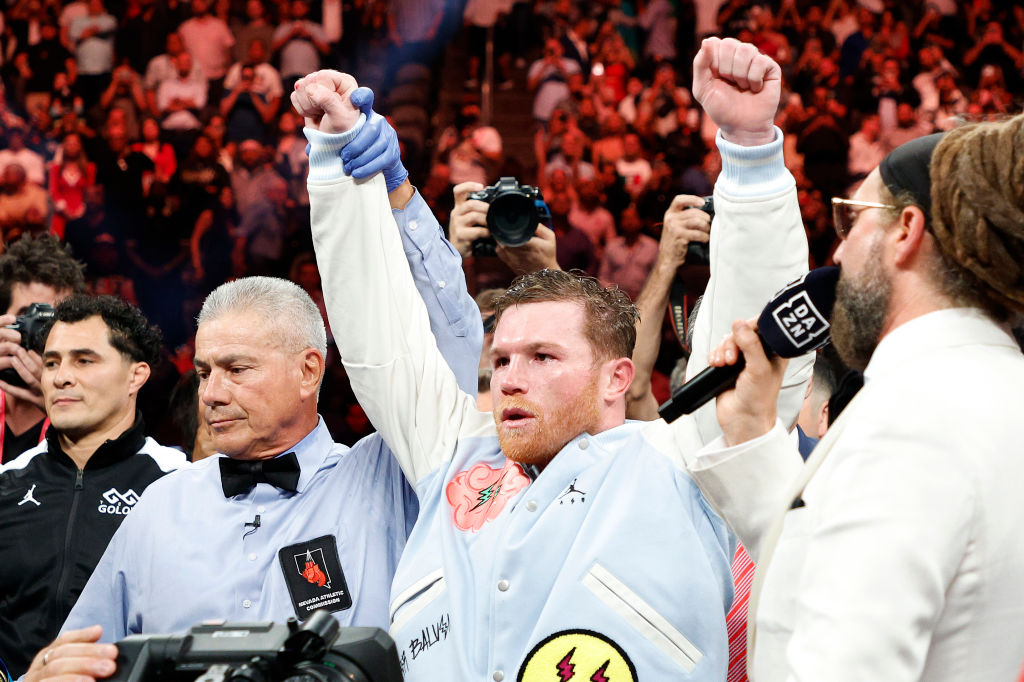 Saul ‘Canelo’ Alvarez says he may not return to the ring for a full year with the Mexican superstar desperate for a rest and set to undergo surgery on wrist.

In his trilogy fight with Gennady Golovkin on Saturday in Las Vegas, Canelo turned in a sublime display to seal an unanimous decision win to successfully defend his WBC, WBA, WBO and IBF super-middleweight titles.

The 32-year-old now has unfinished business with Dmitry Bivol, who secured a dominant victory over him in May at up light-heavyweight.

Canelo however revealed in his post-fight interview that he has been carrying an injury that left him ‘unable to hold a glass’.

With surgery required to address that issue, Canelo is also eager to rest up after a gruelling run that has seen him fight six times since December 2020, all of those world titles fights.

‘I have had the issue since the Caleb Plant fight [last November]. I was like: ‘It’s, okay, later, later.’ Then it started really bad. I need surgery.

Canelo’s doctor was then called to the stage to explain the details of the injury, adding it could take as many as 12 weeks of rehabilitation to solve the issue.

‘Saul has a TFCC tear Triangular [Fibrocartilage Complex Tear] which is a piece of cartilage in the wrist which effects the body’s ability to mobilise that joint without feeling impingement and sharp pain,’ he explained.

On how long Canelo will be out for, he added: ‘If he has a surgery, depending on what the surgeon decides, probably 6-to-8-to-12 weeks, depending on the rehabilitation if it’s successful.’

Canelo then retired he will be in no rush to return, suggesting next May as an earliest possible return date.

‘But I’m going to take my time, my body needs it,’ he said. ‘Last year I fought four times in 11 months, so that is why. I need to take my time a little bit. so maybe in May, September, I don’t know. But I will take my time.’