Shields, who previously held the undisputed women’s middleweight title and has captured world championships in three different weight classes, has been vocal about the lack of financial opportunities for female boxers on the big stage, and has praised MMA for offering a more level playing field for elite female fighters compared to their male counterparts.

In December 2020 Shields signed with the Professional Fighters League (PFL)  and announced that she will compete in MMA alongside her undefeated pro boxing career.

She has been sharpening her MMA skills alongside former UFC light heavyweight champion Jon Jones and Holly Holm – a former world champion in both boxing and UFC – at the renowned Jackson-Wink MMA academy in Albuquerque, New Mexico, in preparation for her debut at PFL 4 on June 10.

Shields’ opponent for her MMA debut has now been confirmed as Brittney Elkin,  who has three wins and six losses to her name, including appearances for the PFL and Bellator. 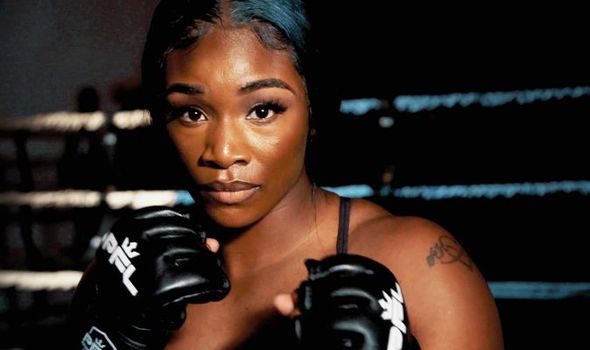 Elkin has focused her recent career on submission-only competition over the last 12 months, but will return to MMA action against Shields, who is 11-0 as a professional boxer, but has never competed inside the cage before.

“I am very excited to cement my legacy as the ‘Greatest Woman of All Time,'” said Shields, who is planning to gain experience in the cage in 2021 before entering the PFL’s women’s lightweight season in 2022.

“I cannot wait to step into the PFL cage for the first time on June 10 and show the world that I never back down from a challenge.

“I have shown I am the best boxer in the world and eventually I intend to do the same thing as a mixed martial artist.”

The PFL’s president of fighter operations Ray Sefo hailed the arrival of Shields in the PFL roster, and said he’s excited to see how the world champion boxer adapts to life inside the cage.

“We’ve seen the videos of her training inside the cage and can’t wait to see the showdown between her and Brittney Elkin on June 10.”

“I’m very grateful to be back in the PFL and to have this opportunity to square off with Claressa Shields,” she said.

“I know she is a great boxer, but this is MMA and I plan to show everyone that I am a well-rounded fighter who can compete wherever the fight takes me.”