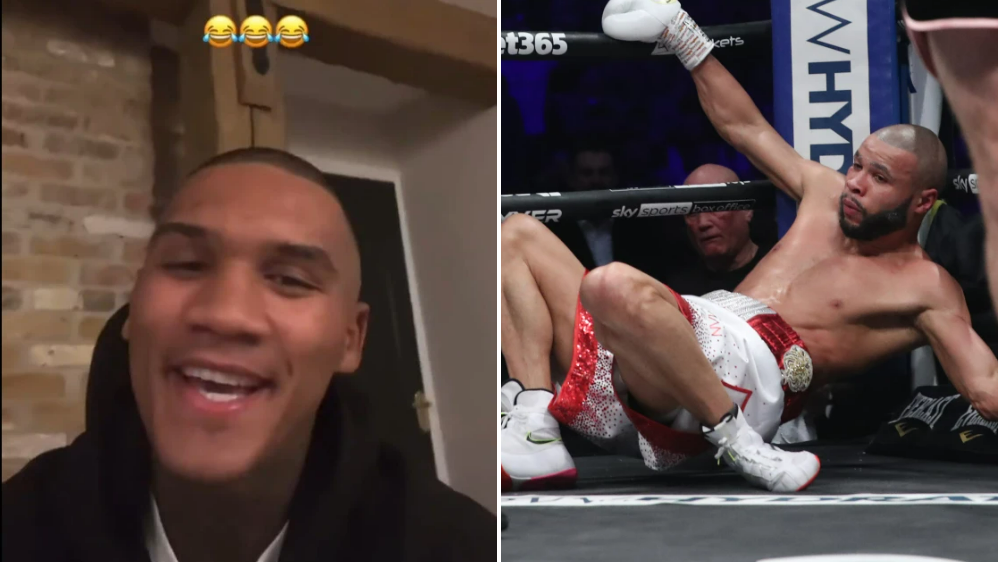 Eubank Jr was shellshocked in Manchester on Saturday night after being floored with a devastating uppercut in the fourth round, hitting the mat for a second time shortly before the referee waved off the contest.

The Brighton fighter was fighting for the first time since his grudge match with Benn was called off in October after the latter’s failed drug test.

And just minutes after Eubank Jr climbed off the canvas, Benn mocked his rival on social media.

‘Oh man, Chris Eubank Jr it is a good job you didn’t fight me. You’d last two rounds at 160,’ Benn wrote on Twitter.

Alongside the message, Benn also shared a clip of British boxing legend Naseem Hamed calling for Eubank Jr to ‘finish before he gets hurt’ in the wake of his 2018 to George Groves.

Benn also shared a clip on Instagram of him watching the aftermath of the fight alongside his legendary father Nigel Benn.