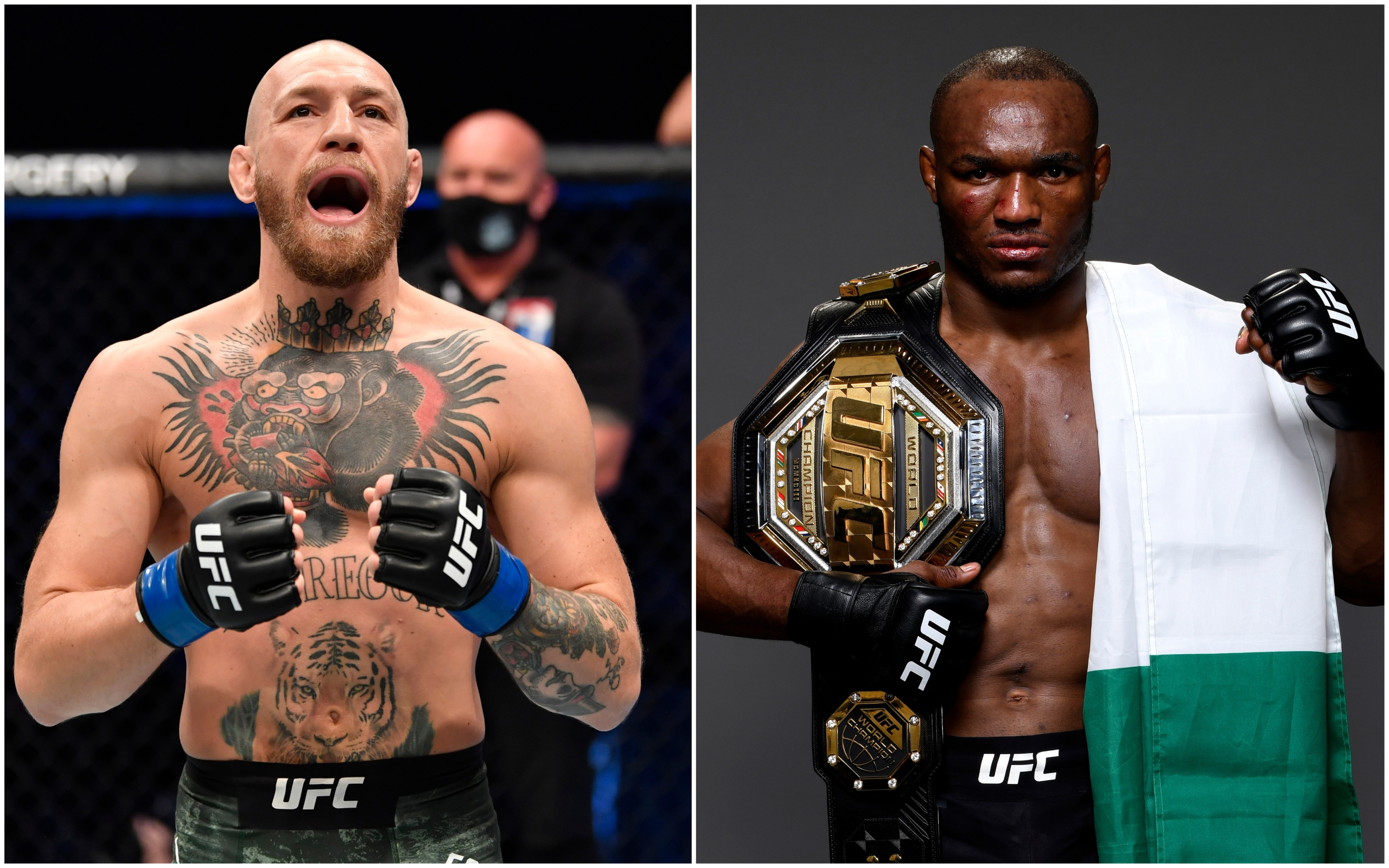 Conor McGregor and Kamaru Usman have stepped up their war of words on Twitter with the UFC welterweight champion warning ‘Notorious’ will get ‘finished’ if he steps up to challenge him.

Usman made a fourth successful defence of his welterweight title on Saturday at UFC 261, securing a stunning knockout victory over Jorge Masvidal.

After watching the action himself, McGregor accused Usman of ‘copying my shots’ before promising to ‘give him a smack for it’ and move up to challenge at 170lbs.

The Dubliner has held world titles at featherweight and lightweight and will campaign at the latter against Dustin Poirier in their trilogy fight in July. He has however fought on three previous occasions at welterweight; his two thrilling encounters against Nate Diaz and a 40-second knockout of Donald Cerrone in January 2019.

But responding to McGregor’s comments, Usman took exception, warning he would be in for a very different night if he moves up in weight again to challenge him.

McGregor responded by reminding Usman he was ringside the night he finished ‘Cowboy’ Cerrrone in spectacular fashion at welterweight, also aiming a dig at ‘The Nigerian Nightmare’ for temporarily withdrawing from a meeting with Gilbert Burns last year due to an undisclosed injury.

McGregor wrote: ‘Relax there, carbuncles. You big spotty back pox. You were ringside last time I fought at 170. 40 seconds is all it took. Why did you reschedule Burns fight ? What was the reason, that was never given to the public, why that already signed fight was then rescheduled?’

Never in all my time in this business, which is long before all of these fucking bums, have I ever seen a signed fight get rescheduled with no reason given whatsoever. So said fighter can recover from âundisclosed injuriesâ. Excuse me what? The fight is signed/sealed/tix sold.

He added: ‘Never in all my time in this business, which is long before all of these f****** bums, have I ever seen a signed fight get rescheduled with no reason given whatsoever. So said fighter can recover from “undisclosed injuries”. Excuse me what? The fight is signed/sealed/tix sold.’

While McGregor has made little secret of his desire to challenge Usman for the belt, he also shot down a suggestion from his next opponent to contest their next battle at 170lbs.

McGregor and Poirier meet on July 10 at lightweight with the latter suggesting on Sunday they make their third fight at a third different weight class, having fought at featherweight back in 2014.

The 32-year-old flatly turned down the suggestion, however.