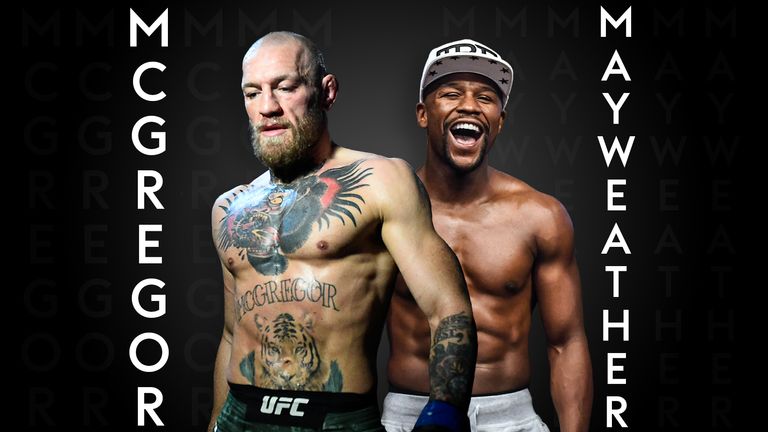 Floyd Mayweather is so rich that, instead of allowing his burly security guards to travel on his private jet, he pays for a separate aircraft because he is worried that their weight might affect gravity.

That boast, told to The Howard Stern Show in 2013, is vintage Mayweather in the public eye: arrogant, outrageous, opulent and undefeated.

The other side to Mayweather, which reveals how he remains the hardest worker in a gym full of boxers even when aged 43 and retired, is never mentioned unless by bystanders but has always been his core trait. 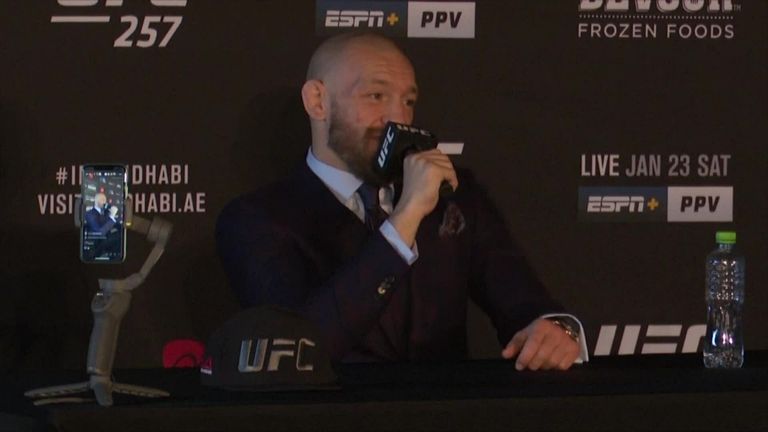 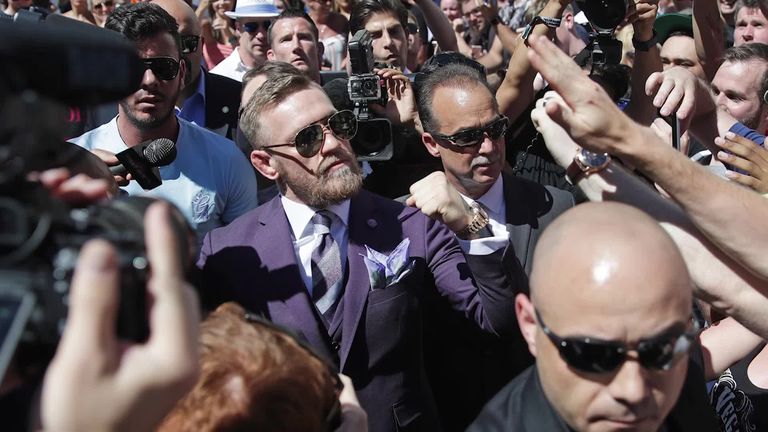 Retaining his hunger in spite of his success puts Mayweather in the type of rarefied greatness that his former opponent, Conor McGregor, is in danger of letting slip through his fingers.

UFC superstar McGregor spent much of last week on a yacht in Abu Dhabi and returned to his VIP comfort zone on crutches after being handed a surprise loss by Dustin Poirier, the first knockout defeat of a career that today feels a far cry from his rapid rise.

McGregor blamed “inactivity” but much of that was self-inflicted – since a historic UFC win against Eddie Alvarez in November 2016 he has lost three of his four fights. He lost his boxing debut to Mayweather, then was submitted by master-grappler Khabib Nurmagomedov and now out-punched by Poirier.

His sole win in the past four years is a 40-second blowout of Donald Cerrone.

The sliding doors moment was the Las Vegas extravaganza with Mayweather, a crossover match which reportedly earned McGregor over $100m and allowed his showmanship with fast cars, fancy yachts and expensive watches to reach new heights.

“This is like Rocky III, when you get offered a 300-foot yacht, it is tough to be a savage when he is living like he is.”

But that ignores the reality that Mayweather has been living like a king for over a decade but still found the desire and drive to achieve some of his greatest results.

It was Marvin Hagler who famously said “it’s hard to get up at 6am when you’re wearing silk pyjamas” but, for Mayweather, it was never a problem.

Mayweather was in the most lucrative boxing match ever as far back as 2007, when nicknamed ‘Pretty Boy’ he was the pantomime villain but defeated Oscar De La Hoya.

Eight years later he broke his own record – by then known as ‘Money’, he beat Manny Pacquiao.

Forbes estimated that he earned the biggest single payday in the history of sports ($275 million) against McGregor in his 50th and final fight. He topped Forbes’ annual list of the world’s highest-paid athletes for the fourth time in seven years in 2017.

He not only won, but promoted or co-promoted, the four most lucrative boxing matches ever – his wins over De La Hoya, Saul ‘Canelo’ Alvarez, Pacquiao and McGregor.

And he reacted to McGregor’s latest downfall: “My take on it is that the world knows Con Artist McLoser can steal everything from me and be loved but I’m hated. That just lets you all know that racism still exist.

“Just know, that bum will never be me or be on my level. I’m just built different, my mindset is on another planet, my skills are second to none, I’m a natural born winner and yes I talk a lot of trash, but every time I back it up! This is what they hate.

“It’s sad that you can be a poor black kid from the ghetto that has dealt with racism your whole life and work extremely hard to put yourself and your family in a better position, and most of the hate come from my own people.

“Conor cannot even win in his own sport, but [he was] talking about coming back to boxing to fight Pacquiao. Nobody wants to see that, it’s like my leftovers eating leftovers.” 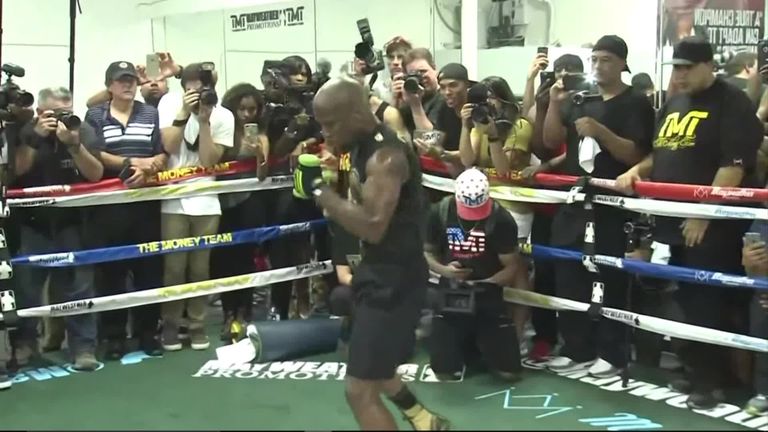 Perhaps greater than any of his 50 in-ring conquests was Mayweather retaining his sporting genius when he could easily have let his desire wane.

In 2018 on a new $60m private jet he said: “I fought my way from poverty to the top; I am often scrutinised for being cocky or arrogant, but I have every right to be!

“When you put the hard work, dedication, focus and determination into a craft over a lifetime, great results usually reflects.

“We now live in a world where everyone wants instant gratification. I worked extremely hard my entire life, retired undefeated, made great investments, and I deserve to live an incredible lifestyle!”

His work ethic was feted throughout a career that yielded world titles in four divisions and ended with a 50-0 record; this week Devin Haney, the WBC lightweight champion, revealed that Mayweather still outshines younger, active boxers.

“He works like he’s going to fight one of the top welterweights today,” Haney told Sky Sports in awe.

Denis Douglin was dragged out of bed at 1am by Mayweather for a sparring session that had no breaks and no time limits. Douglin told Sky Sports: “I heard Floyd is a super-sleeper which means he only requires five hours of sleep to function fully.

“I don’t know if that’s true or not. But if it’s true? He has more hours of the day than everybody else.”

Only McGregor will know if, aged 32, his conscience is clear about whether he has retained the work ethic of his thrilling, headline-grabbing emergence.

He employed Phil Sutcliffe, of his boyhood amateur boxing club, as part of his recent coaching team but was still left facing questions over his timing, power and range.

For now the parallels to Mike Tyson with the gloves on are eerily familiar – a stunning arrival, a trail of broken rivals, gripping charisma and a fall equally as fast. Tyson’s descent was a grimness that McGregor will want to avoid.

It is a reminder that, even at the elite level, Mayweather’s ability to evolve and scale ever-increasing heights was a rare type of brilliance.