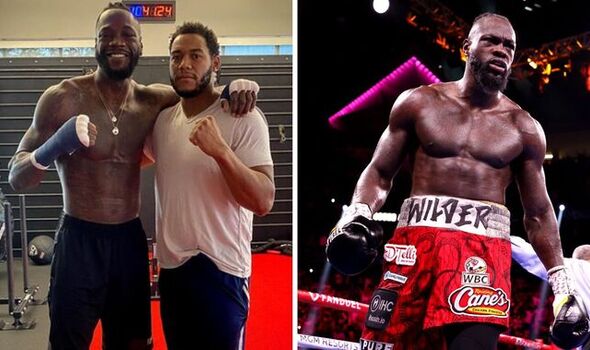 Boxing fans are in disbelief over the size of Deontay Wilder’s legs after a recent photo emerged on Instagram. ‘The Bronze Bomber’ is back in training as he prepares for his comeback later this year against a currently undisclosed opponent which is believed to be Robert Helenius.

Wilder has been out of action since his knockout loss to Tyson Fury in October last year but recently confirmed that he would be stepping back into the ring after rumours arose that he may retire following the devastating defeat.

As part of his preparations, Wilder visited the UFC Performance Institute in Las Vegas to get some work in with fellow heavyweight contender Michael Hunter. The pair were pictured together before their session and fans were left utterly perplexed by how ‘skinny’ Wilder’s legs looked.

One fan commented: “Never skip leg day. I thought he had both legs amputated at first.”

Someone else said: “Those skinny legs I mean at first they didn’t look real.”

Before another added: “Skipped every leg day. All of them, forever.” 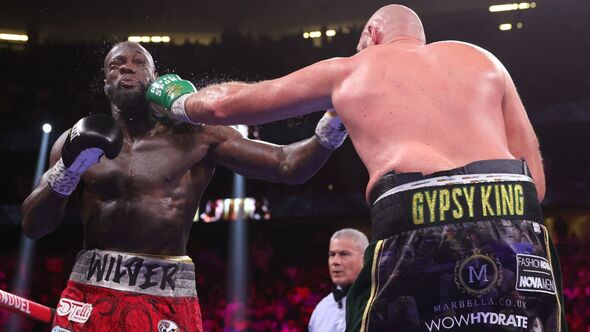 A post shared by Michael “The Bounty” Hunter II (@michaelbountyhunter)

Wilder does look considerably leaner than he did in his last fight against Fury. In that bout, the former WBC heavyweight champion stepped on the scales at a career-heaviest weight of 238lb.

In camp, Wilder worked extensively on building muscle mass to counteract Fury’s more aggressive approach to the latter two fights of their trilogy and was lifting weights in most sessions. It is understandable considering the amount of time Wilder has taken off that he would drop weight especially as he has never been the biggest heavyweight.

In the past, Wilder has weighed in as light as 207lb as a professional and boxed at the 202.8lb heavyweight limit as an amateur rather than competing at super-heavyweight. 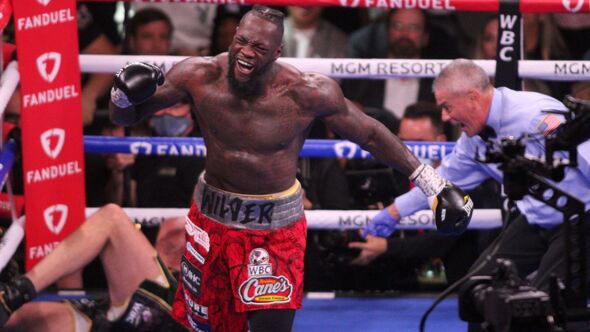 While spending time at the Performance Institute, Wilder also met UFC heavyweight champion Francis Ngannou. In a brief clip posted to Ngannou’s social media, he approached the American who was working out in the boxing ring.

Ngannou began by saying: “Hey champ.” To which Wilder replied: “What’s up brother?” They then shook hands and Ngannou answered: “Not much. How are you?” Wilder responded: “Doing alright.” He then added: “Blessings, blessings, blessings,” as they embraced.

Ngannou said: “Good to meet you.” Wilder replied: “The pleasure is mine.” Ngannou then added: “Have a good training.” Before Wilder concluded the conversation, saying: “Trying to get back in the groove.”

Wilder’s return to the ring is reportedly being targeted for the Autumn against Helenius, although the fight is now in doubt after the Finnish heavyweight confirmed he is looking to force his WBA mandatory status in order to set himself up with a bout against the winner of Oleksandr Usyk vs Anthony Joshua II.