Dillian Whyte’s ‘Rumble On The Rock’ rematch against Alexander Povetkin will be commemorated by a £2 coin which was commissioned by Gibraltar’s government.

Whyte resumes his rivalry with Povetkin on Saturday March 27, live on Sky Sports Box Office, and currency has been produced to mark their huge heavyweight clash in Gibraltar.

RUMBLE ON THE [email protected] can avenge his stunning KO loss to Alexander Povetkin in their heavyweight rematch in Gibraltar on March 27, live on Sky Sports Box Office.

Book Povetkin vs Whyte 2 now using the link below!

The Gibraltar National Mint has commissioned and produced the coin, which will be released in Gibraltar ahead of Povetkin vs Whyte 2. 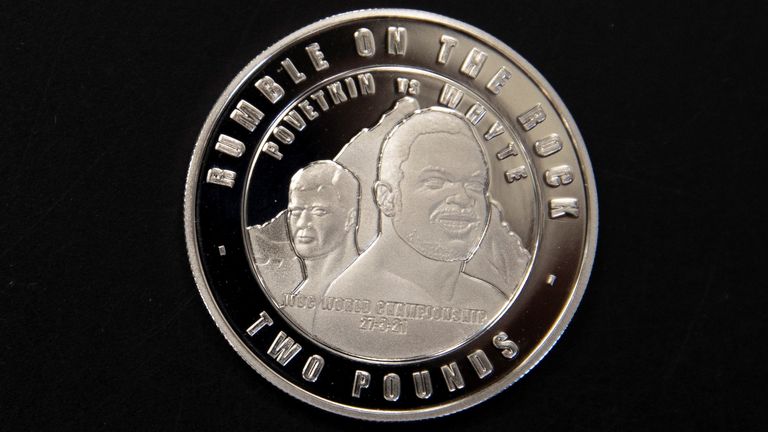 “If you look at my background, this was never planned for me to be a top operator. You hear guys say, ‘I knew I was going to be heavyweight champion since I was a kid,’ but I never had all of these things, or anything in place. I just took a gamble and it paid off.”

“Grateful is an understatement, it’s overwhelming and it’s great to be in this position,” said Whyte.