Josh Warrington makes his long-awaited return to the ring on Saturday night as British boxing FINALLY gets underway in 2021 – How to watch the Yorkshireman in action and who is his opponent Mauricio Lara?

Josh Warrington makes his highly anticipated return to the ring on Saturday as he takes on Mexican youngster Mauricio Lara.

The undefeated featherweight last fought all the way back in October 2019, when he glided to a second round TKO victory over Sofiane Takoucht.

Warrington had been due to take on WBA champion Can Xu in an potentially legacy-defining unification bout in February, but his impending opponent suddenly pulled out, citing a lack of fans as his reason to move away from the fight.

It hasn’t just been Warrington’s goals that have been put on hold, as all plans for January were abandoned following the latest government nationwide lockdown, with the British Boxing Board of Control ordering a total suspension of events.

Warrington’s return to the ring is therefore perhaps symbolic for the return of the sport as a whole.

Unfortunately for Warrington, however, there will be no titles on the line on Saturday. The Yorkshireman vacated his IBF title after being informed he must face mandatory challenger Kid Galahad for the second time.

Having already beaten Galahad by split decision in 2019, and despite Xu suddenly dropping out of their fight, it’s a fight with either the WBA champion or Garry Russel Jr, the WBC champion, that Warrington has on his mind. 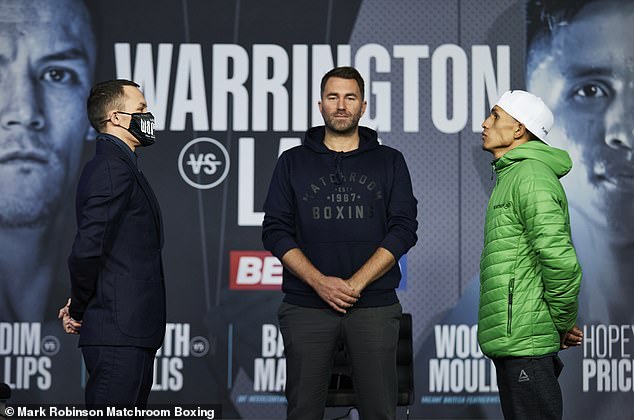 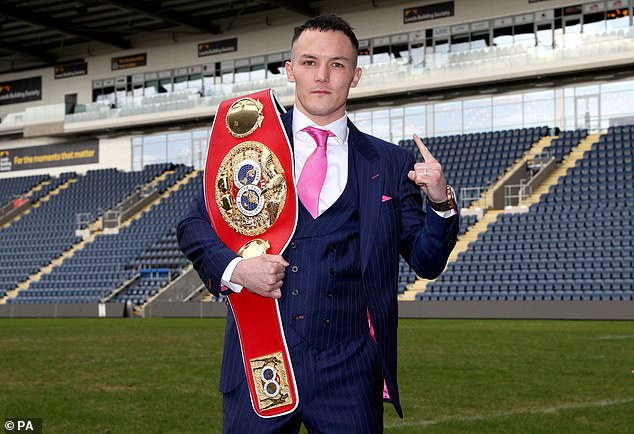 As 1,000 fans witnessed Anthony Joshua’s ruthless performance against Kubrat Pulev live at the SSE Arena, there was perhaps hope of more to come heading into 2021.

But with the national lockdown in place, fans are once again watching from the comfort of their living rooms.

However, with many starved of action throughout the first seven weeks of 2021, there is a tangible sense of relief as the sport finally makes its return to the screen.

Warrington will step into the ring on Saturday, February 13 inside the famous Wembley Arena.

Warrington vs Lara: How to watch the fight? 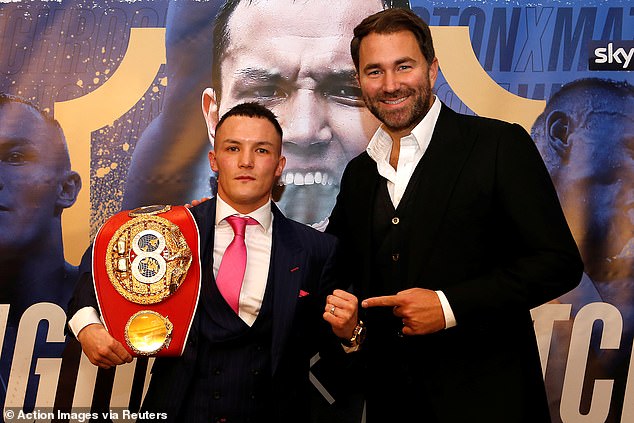 With the Leeds Warrior signed with Matchroom Boxing – as of February 2020 – the fight will be shown live on Sky Sports.

The action will commence on Sky Sports Arena at 7pm and Sky Sports Main Event from 8.30pm.

Sky customers who are looking to stream the fight can do so on Sky Go, which is available on mobile, computer or tablet devices.

Fans outside of the UK can stream the fight on DAZN – with the exception of Australia and New Zealand – with subscription prices starting from £1.99

Who is Mauricio Lara?

As mentioned above, Mauricio Lara certainly isn’t Warrington’s first choice of opponents, with fights against Xu and Russell Jr the priority.

That won’t bother the 22-year-old, though, who now has the opportunity of a lifetime as he fights on European soil for the very first time.

However, there was perhaps added incentive for the experienced youngster when the fight was first signed, with Warrington still holding his IBF strap at that point.

Lara has acknowledged his disappointment with a title no longer on the line, but insists he has remained diligent and promises to come for a war.

The youngster has just the two blemishes on an otherwise solid record, with his previous defeat coming in 2018 against Eliot Chavez and his first coming back in 2015 on his debut.

Since then, Lara has put together 10 wins in a row, and enters the bout full of confidence.

Warrington vs Lara: The press conference 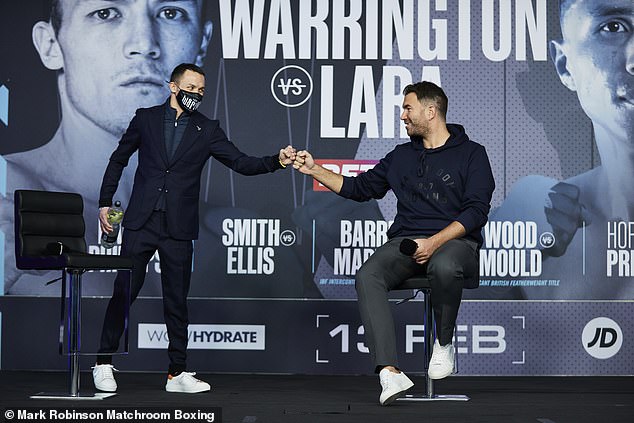 There was plenty of mutual respect between the pair at Thursday’s press conference, just two days before the fight.

Warrington acknowledged a 15-month absence from the ring will be an important factor in the fight and said he’s aware of the power Lara carries, but he insisted the fight will not go the distance.

‘He’s got a better knockout ratio than I have,’ Warrington told Sky Sports. ‘But can he do the 12 rounds as well as I can? Has he got as much experience?

‘I don’t think he can. But that’s up to me to expose that. He’s got punch power but, if I’m not there to be hit, he’ll be hitting thin air. It won’t go past six rounds.’

Meanwhile, his opponent Lara made it clear he knows exactly what he’s coming up against, but said he’ll be looking for the knockout from round one.

‘It is a great opportunity for me and Josh Warrington is going to face a really tricky fighter in me,’ he said.

‘I’m also aware that I’m coming up against the No.1 ranked fighter and it’s my opportunity to show the people of Mexico and everyone what I can do.

‘I enjoy coming for war. We’re going to clash in the ring, that’s definitely going to happen. I’m looking forward to it. From the first bell I will be looking for the knockout.’ 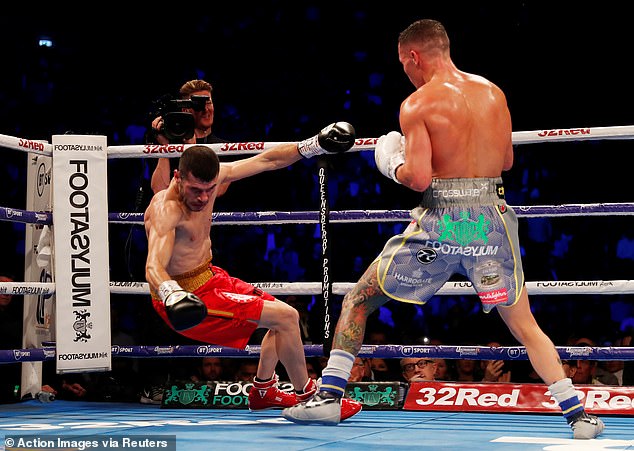 Who is fighting on the undercard?

What are the odds?

As you’d expect, it’s Warrington who comes into the bout as the overwhelming favourite.

There is, of course, the option of an unlikely draw, which is at 33/1.

*Odds from OddsChecker and are correct at the time of publication.