UFC fans are sure that they’re going to see Conor McGregor fight Nate Diaz for the THIRD time, after the announcement that Tony Ferguson would be fighting Justin Gaethje at UFC 249. Khabib Nurmagomedov was originally supposed to face Ferguson but the Russian is stuck in his home country because of the coronavirus.

Dana White confirmed on Instagram that Ferguson would face Gaethje for the interim world lightweight title on April 18.

The event was originally scheduled for Brooklyn, New York, but it will now reportedly take place on the west coast.

Gaethje was reportedly being lined up as McGregor’s next opponent but those plans seem to be dead in the water now. 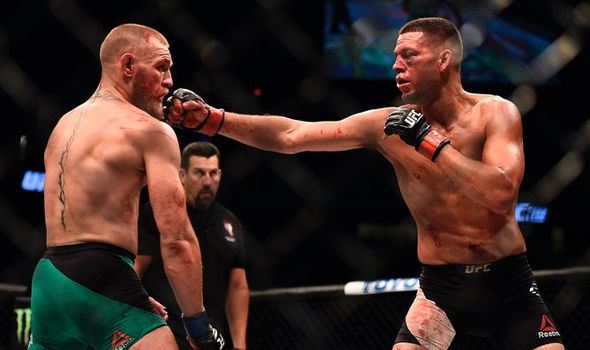 But now fans are convinced the’ll get the fight they’ve been after since 2016 – McGregor vs Diaz 3.

“So now either Conor sits out until after this winner fights khabib. Which could be 2021 now. Or mcgregor diaz 3,” one said.

This user wrote: “So Tony Ferguson vs. Justin Gaethje for an interim lightweight title with the winner fighting Khabib Nurmagomedov in a title unification bout later in the year.

“I’ve wanted to see this for a long time and I think a lot of fans have too. It’s time. Conor McGregor vs. Nate Diaz 3.”

“If Ferguson wins he’ll fight Khabib in the meantime just do McGregor Diaz 3,” this fan said.

While another added: “This sets up McGregor Diaz 3.”

Another wrote: :”Gotta do Mcgregor Diaz 3 now that the khabib fight is 2 fights away from Conor.” 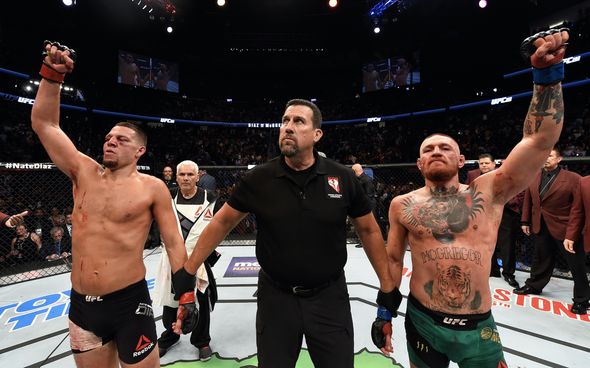 One said in detail: “Gaethje just missed out on a Conor payday the fight doesn’t make sense if he loses to Tony the whole reason was Gaethje was on a 3 fight win streak eliminate him it’s Conor, Tony and Khabib this sets up McGregor vs Diaz 3 very nicely unless Gaethje pulls an upset.”

“Does the majority want to see Diaz vs. McGregor 3?” Added this fan.

Diaz choked McGregor out in their first clash before the Irishman won a majority decision in the rematch.