Boxing icon Floyd Mayweather will face an unusual challenge this weekend as he prepares to step into the ring with YouTuber Paul Logan. Mayweather is unbeaten in 50 professional fights with Paul knocked out in his first ever pro bout back in 2019.

Paul challenged Mayweather to an exhibition bout, as part of his growing internet and social media fame, with an announcement over the fight confirmed in December 2020.

The original bout was postponed from February 2021 due to COVID-19 travel restrictions imposed in the United States.

However, the fight has now been given the green light to go ahead this weekend at the Hard Rock Stadium in Miami Gardens.

Mayweather has opted for his usual brash stance ahead of the fight, predicting he will make a huge amount of money against the unproven Paul, just as he did during his battle with Conor McGregor in 2017.

The ‘Money Fight’ between Mayweather and Irish MMA champion earned the Michigan-born fighter an estimated £197million ($280m) as he beat the Dubliner by TKO in the 10th round.

JUST IN: Logan Paul warned about ‘p***** off’ Mayweather after pre-fight antics 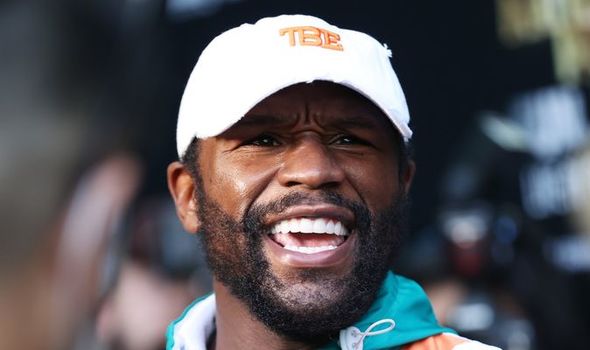 “I can fight a fighter right now and I can guarantee myself $35million,” Mayweather said in his pre-fight press conference.

“I can eventually probably make $50million, for just a regular fight.

“Or me and Logan Paul can go out, entertain, have fun and make nine figures, $100million or more.”

Despite Mayweather’s insistence that this bout is not a ‘real fight’ due to Paul’s inexperience as a professional boxer, the former actor has warned he is ready to pull off a shock in Miami. 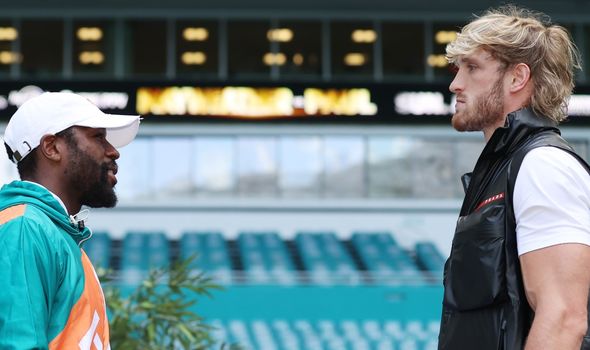 “People are asking me if I’m like, scared. No, no I’m not scared.

“The feelings I’m getting right now are just excitement.

“I’m excited, I’m blessed to have this opportunity and I think we’re gonna wow a lot of people.

“I just don’t believe I’m gonna get in there and people are gonna see what they expect to see.”

HOW TO WATCH MAYWEATHER VS PAUL

Mayweather vs Paul is set to start in the early hours of Monday June 7, for UK viewers, with PPV coverage starting from 1am.

The fight itself is not due to start until at least 4am (UK time) with three undercard bouts and it will be exclusively broadcast on Sky Sports Box Office at a cost of £16.95 in the UK.

Coverage starts from 1am and is expected to last until around 5.30am.

WHO IS ON THE UNDERCARD?

Former NFL star Chad Johnson faces his first ever boxing fight, in an exhibition bout against MMA fighter Brian Maxwell, as fight No 1 of the undercard.

Ex unified super-welterweight champion Jarrett Hurd takes on Luis Arias in fight No 2 as he aims to continue his comeback trail.

The final showdown before Mayweather vs Paul is a rematch of the light-heavyweight title bout between Jean Pascal and Badou Jack from 2019, which Pascal won by a controversial split decision.