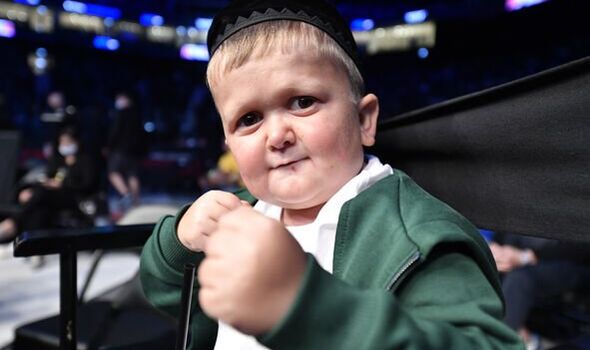 Social media sensation Hasbulla has signed to the UFC and will fight in the octagon after penning a five-year deal with the company. The Russian, 20, stands at just 3 feet and 4 inches and lives with a form of dwarfism, and has previously had a run-in with Conor McGregor. It is not known who or when Hasbulla will fight.

Hasbulla said: “The rumors are true. I have officially signed a deal to fight in the UFC! Details will be revealed by the end of the year. Thank you to @ufc, @danawhite, @khabib_nurmagomedov, @sungurov_usa, @justinozuna and everyone who helped make this dream become a reality. All my fans will be able to buy a Hasbulla fight kit soon.”

He said: “‘I think I have my next title defense @Hasbulla_NFT” – Ngannou attached an image with a picture of himself holding his title belt and Hasbulla posing with his fists up.

A whopping 200lbs weight difference between Ngannou and Hasbulla might just halt the possibility of a fight between the two, however.

Hasbulla has ben seen at a number of UFC events, mostly in support of his friend in now retired fighter Khabib Nurmagomedov.

In what might be the strangest feud ever, McGregor has previously gone back and forth with Hasbulla, as he tweeted saying: “Now what you saying you little g***”, to him before deleting the post.

The two have tweeted each other since then, with Hasbulla asking Dana White to fight him.

Hasbulla is expected to be in attendance at UFC 280 alongside Khabib Nurmagomedov in the corner of lightweight championship challenger Islam Makhachev.