Tyson Fury’s promoter Frank Warren doubts whether the Gypsy King will be able to fight Deontay Wilder this year because of the coronavirus pandemic. Fury beat Wilder in February but they were due to fight again in the summer.

The virus has, though, put a halt to those plans, as Fury’s U.S. promoter Bob Arum said the fight won’t happen until October now.

But coronavirus is still wreaking havoc in the U.S. and fights behind closed doors may have to suffice for the majority of boxers for the foreseeable future.

Both Arum and Warren are against the idea of staging Fury vs Wilder 3 behind closed doors because of the money that would be lost out on. 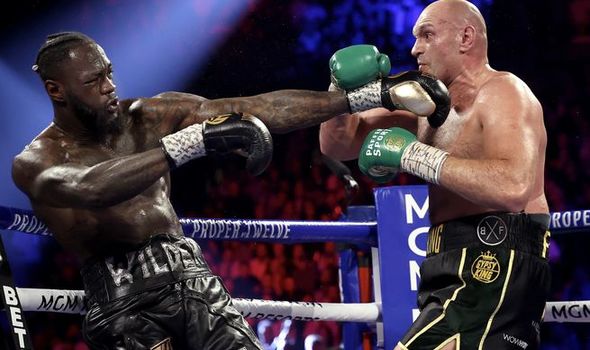 And if that’s the case, Warren says they may end up waiting until fans can attend, which may not be this year in Vegas, where there is still a ban on sporting events.

“To be quite honest, it’s all moot at the moment,” he told iFL TV.

“Who knows whether we’re even going to get that this year?

Dillian Whyte reveals the punch that will knock over Anthony Joshua

“Because the fight is meant to go on in Vegas and obviously boxing is banned there at the moment and who knows when it’s going to be lifted.

“And it’s impossible that the fight takes place behind closed doors, because of the money the fighters want.

“It’s not financially viable for that to happen.”

Boxing in the UK won’t return until June at the very earliest, with shows to take place without fans. 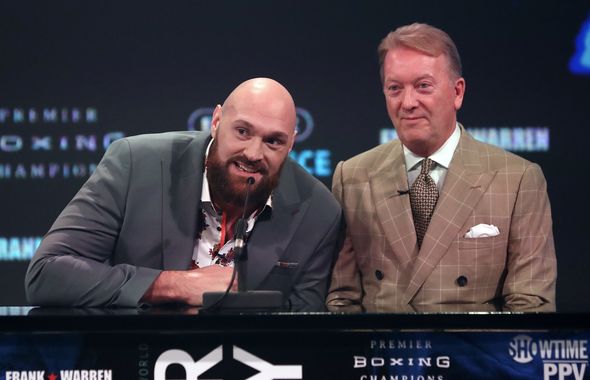 Warren’s rival promoter Eddie Hearn says he’s ready to put on a four to six-week boxing bonanza in studios to get business up and running.

And Warren may do something similar, but he’s not going to put any pressure on the NHS by having paramedics and ambulances at his shows if it’s too early to do so.

“Regarding other shows, we’re really looking at behind closed doors, when the government gives the green light,” he added.

“All sporting events will take place behind closed doors and when we get the green light we’ll get the ball rolling.

“Nobody in their right mind will be wanting to put a strain on the NHS, why would anyone do that?

“They’re under tremendous pressure at the moment.”