Tyson Fury has reflected on his incredible transformation four years after Anthony Joshua told him: ‘Get fit you fat f***’.

The Gypsy King spiralled into depression and ballooned to 28.5 stone, drinking an estimated 100 pints a week at his lowest point.

AJ’s dig on social media has resurfaced as it was posted by him exactly four years ago. 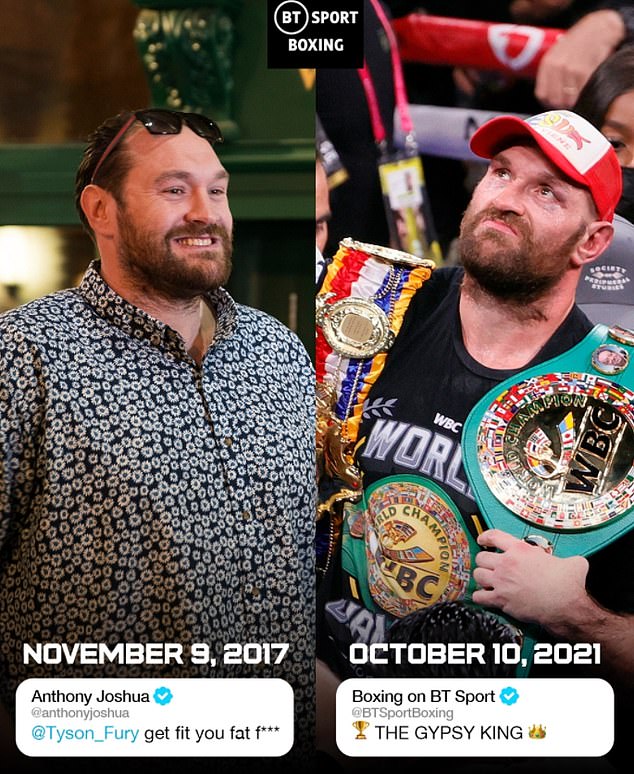 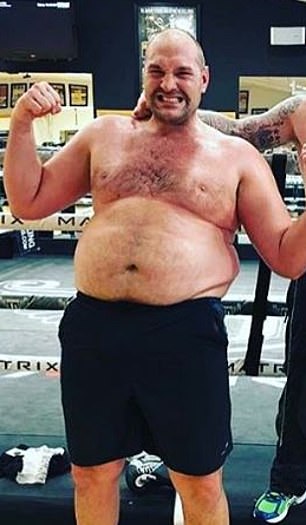 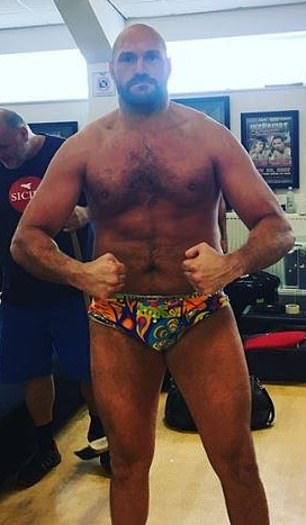 Tyson Fury weighed around 28.5 stone in November 2017 and changed his life around

BT Sport shared a composite image of Fury in 2017 with Joshua’s tweet underneath, alongside a picture of the heavyweight champion after his victory over Deontay Wilder in their trilogy bout last month.

And Fury responded to the message, writing: ‘With the right mindset and focus you can achieve anything.’

With the help of trainer and close friend Ben Davison, Fury embarked on an incredible journey back to the top.

He shed the excess weight and enjoyed a couple of simple fights, the first against Sefer Seferi and then Francesco Pianeta.

Then came the acid test in his first clash with Wilder. It ended in a controversial draw with many believing Fury should have won on the scorecards, but his ability to pick himself up off the canvas after a heavy knockdown is what captured the world’s attention.

Last February, Fury demolished Wilder in their rematch and he underlined his status as the best heavyweight in the world last month.

The transformation has been nothing short of remarkable and Fury regularly uses himself as an example for those struggling with their mental health.

A clash between AJ and Fury has long been spoken about but the Watford fighter’s recent defeat by Oleksandr Usyk has seen those plans shelved for now.

Fury’s next clash could be against Dillian Whyte next year but that is by no means guaranteed, with promoter Frank Warren recently telling TalkSport: ‘I don’t think anything will happen until the WBC has their convention, which is later this month and I don’t think that’s going to happen until then. 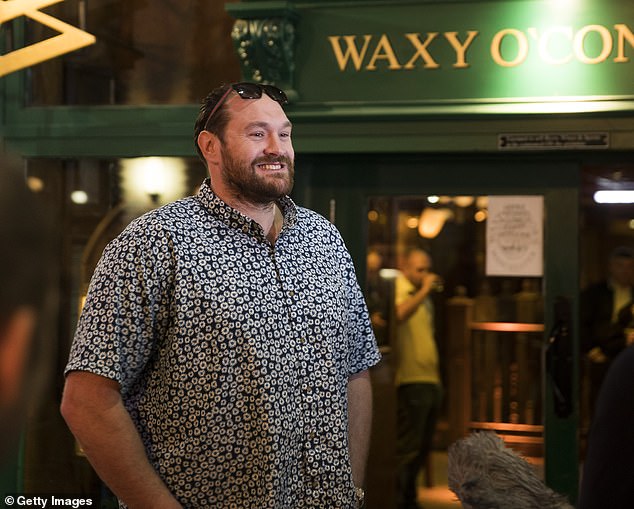 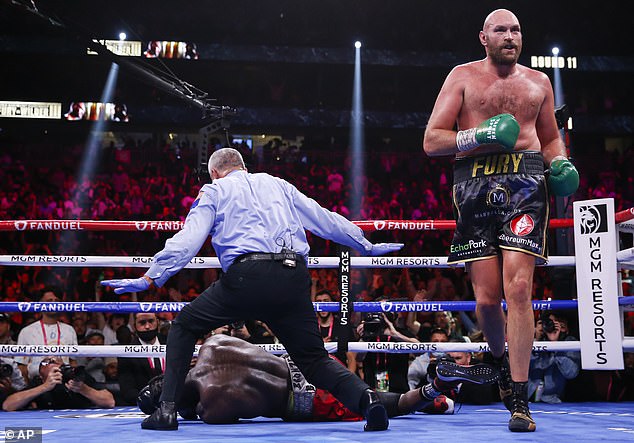 ‘As I’ve said to everybody, it doesn’t matter what anybody says. He will do what he wants to do.