‘Conor McGregor is trying to pick up all my sloppy seconds’: Justin Gaethje teases Irishman for chasing fights with Donald Cerrone and Michael Chandler after he defeated them

Justin Gaethje has mocked Conor McGregor for what the American sees as going after his ‘sloppy seconds’.

The American recently dispatched Michael Chandler over three ferocious rounds in their Fight of the Year contender at UFC 268.

Gaethje is adamant he deserves the next title shot at lightweight while Chandler has called out McGregor. 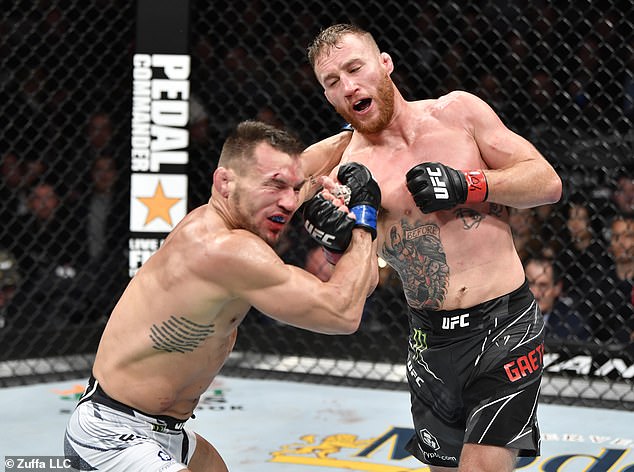 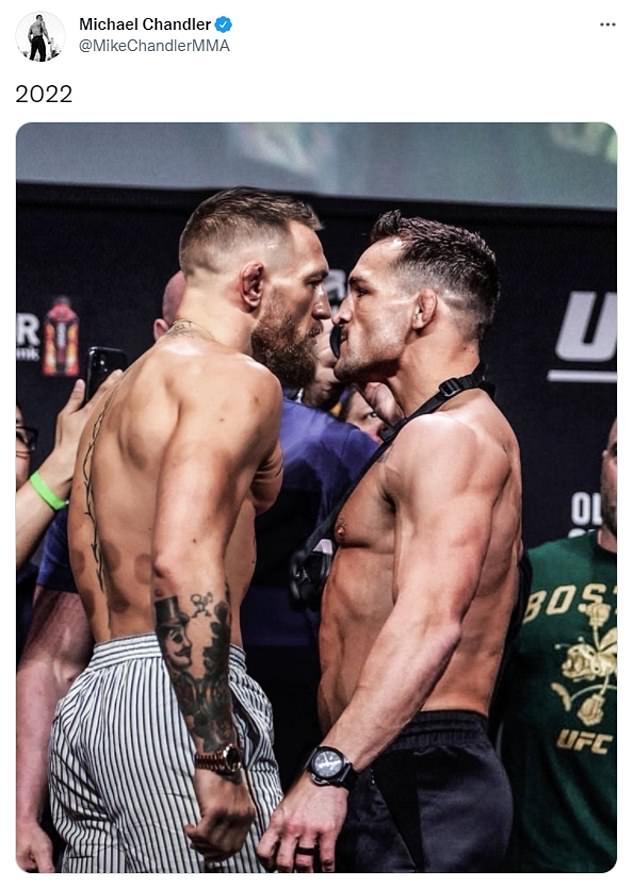 ‘The Highlight’ made the point that McGregor is accepting fights against opponents he has already beaten.

McGregor also fought Donald Cerrone in 2020, just months after Gaethje had beaten ‘Cowboy’ and many fans were keen on the Irishman facing the victor rather than loser of that encounter.

He told TMZ Sports: ‘I don’t ever want to talk like this ’cause I hate to do it. [Donald Cerrone] is someone that I want to hang around with the rest of my life.

‘I don’t want to disrespect him in any way. Chandler doesn’t deserve it. Ferguson doesn’t deserve it. But to me, it feels like we’re in grade school and Conor McGregor’s following me around trying to pick up all my sloppy seconds. Like, is that not what’s happening?

‘And I find it so hilarious. I need that guy who makes the cartoons to make a cartoon with that. But god, I hate to say it because, again, it’s disrespectful to the opponents that I beat,’ Gaethje continued.

‘He will never say my name. And Ferguson’s on the list now, too. So I just find that comical.’

McGregor has since suggested that Gaethje is trying to bait him into a fight, joking: ‘Ya’s can’t bait the whale lads, no chance’. 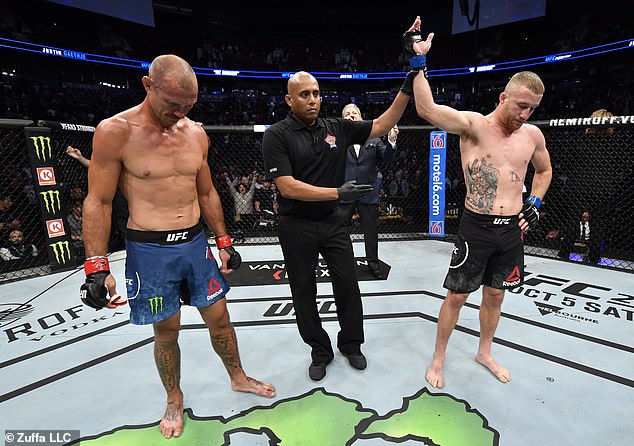 Chandler had posted a mocked up image of himself facing off with McGregor with the caption ‘2022’.

And the Irishman, who remains sidelined with the broken leg suffered against Dustin Poirier, replied: ‘I’m down at some stage for sure. Great fight the other night Mike, congrats!’

Chandler is ranked No 5 in the division with McGregor down at No 9 while Gaethje solidified his position at No 2 and could face the winner of the December clash between Poirier and the champion Charles Oliveira.