‘Have you got a punch left in you, do you want to give us a minute?’: Jeff Horn’s corner disagree about pulling former world champion out before he retires on his stool after eight brutal rounds against Tim Tszyu

Jeff Horn’s corner were heard disputing about whether or not to pull him out after eight brutal and one-sided rounds against super welterweight prospect Tim Tszyu.

Former world champion Horn had been floored twice and taken a lot of punishment when he stumbled back to his corner battered and bruised at the end of the eighth round.

Horn’s head trainer Glenn Rushton tried to encourage him to go out for the ninth when he returned to his stool despite his other two corner men opposing with the Australian badly hurt and appearing out of sorts.

‘I don’t want him to,’ one of the cornermen can be heard saying as Rushton spoke to Horn.

Rushton then asked: ‘What do you want to do?’ Horn could barely respond, prompting another one of his coaches to say: ‘That says it all’.

Despite this, Rushton then asked: ‘Have you got a punch left in you at all, do you want to give us a minute?’ 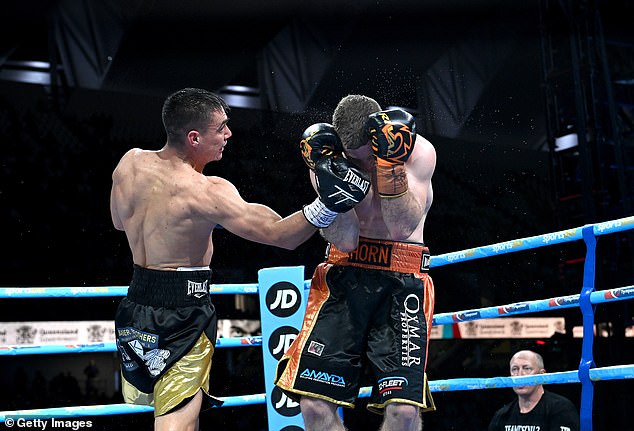 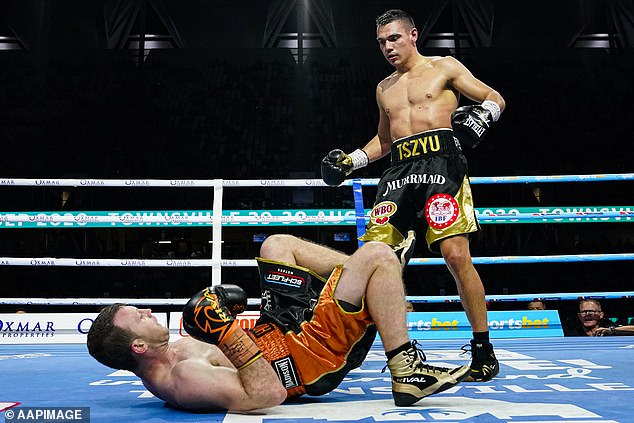 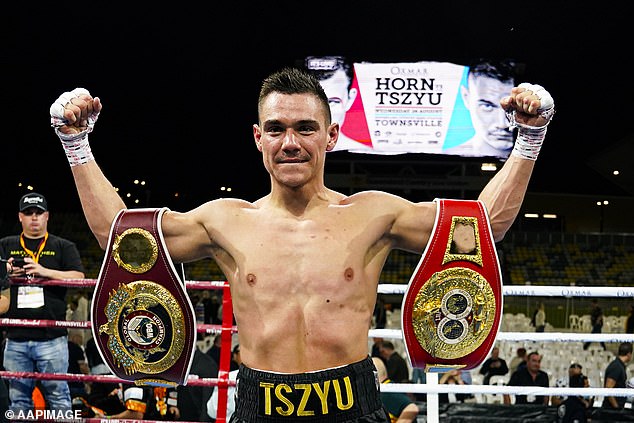 The decision was eventually taken to withdraw Horn, giving Tszyu – the son of boxing legend and former pound-for-pound star Kostya Tszyu – the biggest victory of his career.

The 25-year-old had dominated the contest from start to finish, dropping Horn on two occasions with spiteful shots before his opponent retired.

Tszyu has moved to 16 victories without defeat and will now be looking to emulate his father after moving into contention to challenge for a world title next year.