From belting out Sam Cooke with Tyson Fury, to signing an Olympic silver medallist and brokering his first ever deal in a five-minute meeting with… Floyd Mayweather! The crazy story of how car salesman Sam Jones forged a career in boxing

They say fortune favours the bold, and in Sam Jones’ case that has certainly rung true.

Those who know their boxing will know Jones as the cocksure supervisor of Joe Joyce’s career and business partner of Adam Morallee, who used to work as Gordon Ramsey’s lawyer and David Haye’s boss.

But before he started his boxing management agency S-JAM with Morallee, Jones was flogging Volkswagens in Derby for a living. 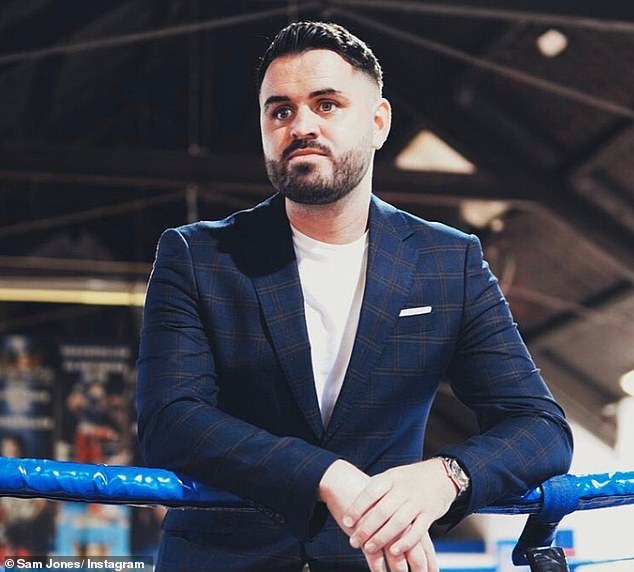 ‘Yeah, you can say I’ve had a bit of a career change,’ Jones chuckles.

Jones followed in his father’s footsteps by becoming a car salesman but deep down he always craved for a life in the fast lane.

And in the dog-eat-dog world of boxing where those with the biggest bites and loudest barks thrive, Jones is in his element.

Instead of 9 to 5 Monday to Friday, it’s now more of a 24/7 with no holiday kind of a deal, Jones says. But he wouldn’t have it any other way.

As a former car auctioneer and salesman, Jones has always been able to talk a good game and is living proof that a combination of the gift of the gab, a sense of destiny and some self-belief can get you far in this sport.

He has only been in the game for little over three years but already has built up an impressive stable and works with Olympic silver medallist Joyce, heavyweight prospect Guido Vianello and British super-middleweight champion Lerrone Richards.

After speaking to Jones for only 45 minutes, it is no surprise that he has made this venture work. During our conversation he is articulate and funny as he talks about everything from his previous life working at Volkswagen to eating fish finger sandwiches on coronavirus lockdown, buying suits in Zara and dressing up in leopard print shorts for Prince Naseem fights.

But the story of how he brokered his first deal in boxing and more importantly, who with, is as extraordinary as any and is why he is where he is today.

‘I was talking to Savannah Marshall when I first tried to enter the business and I realised I had an opportunity to tie her up because she wanted to turn pro. I remember thinking I need to do something really out of the ordinary,’ Jones tells Sportsmail. ‘I thought I’m going to get hold of Floyd Mayweather and told people what I planned to do. 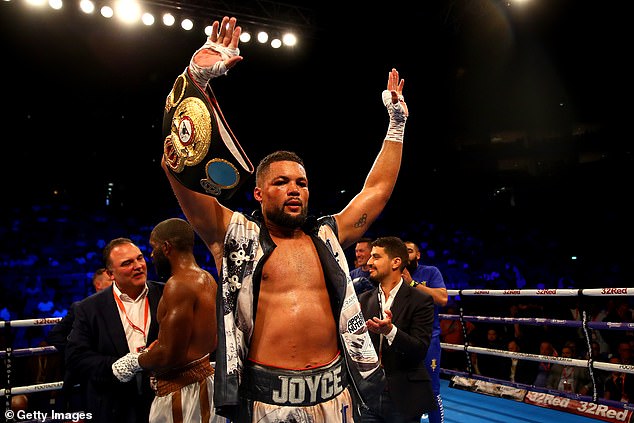 ‘Can you imagine that? That’s like your Mrs saying: “I’m going to try and get hold of Beyoncé.” It’s that kind of madness. I saw that Floyd was coming over to the UK for the Gervonta Davis, Liam Walsh fight and I knew that I needed to meet him, even if it was for five seconds because I knew about selling so I knew I could do that if I got hold of him.

‘I got put in contact and they set up a meeting. So, I went to the Savoy Hotel in London, and I got put into a room with his PR and they were like he’s going to give you five minutes of his time. He walks in and first thing he said to me was that I needed a new watch. He was wearing this big shiny Hublot and I was wearing some kind of Casio and he was like: “Before you come to Vegas you need a God dam new watch”. He was playing with his phone the whole time I was talking but I pitched everything to him and at the end he said he was interested.’

Jones was concerned it would fizzle out but then came an unexpected call.

‘One night at 3 O’Clock in the morning, I got a Facetime call.

‘I remember thinking who the hell is this because I didn’t have his number at the time. I answered and it was Floyd. I was like “Are you f***ing s***ting me?” Can you imagine, I’m just a normal bloke working at Volkswagen and I answer it and Floyd Mayweather is on the screen. Floyd said: “We are very interested; we are going to sign Savannah” and told me that she was going to be on the undercard of his fight with Conor McGregor. And that was my first deal in boxing.’

Talk about running before you can walk.

Jones didn’t earn a penny from that deal though or from his entire first year in the sport but he always saw a bigger picture, even after burning through his life savings travelling around with Joe Joyce, who became his first proper signing after he turned over. 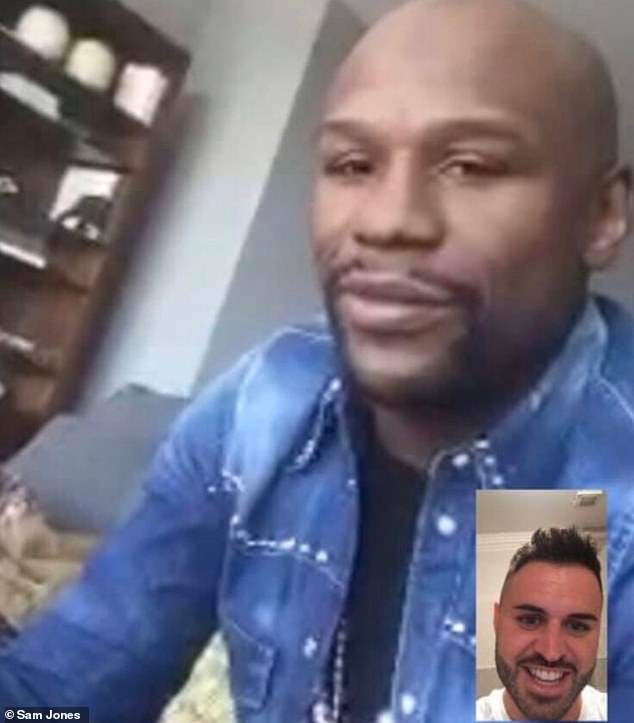 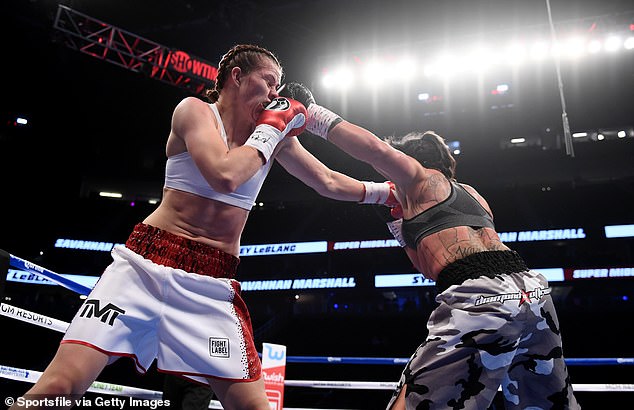 Joyce remains the best-known fighter on Jones’ books but their journey together came close to getting off on the wrong foot.

‘We went out to Las Vegas to prepare Joe for his debut against Ian Lewison,’ Jones explains. ‘And Joe had quite a bad injury to his bicep, he suffered a hematoma when he was training. I was the one who opened the window in the gym and he still blames me to this day, he says the gym was cold, his body wasn’t warm so the muscle in his bicep went and this was a week before his debut.

‘I remember thinking on the way to the ring: “Oh God, I hope nothing goes wrong here”. This was my first big night in boxing, I know I had the Savannah thing but this was my first big night and I kept thinking “Can you imagine if Joe loses his debut against Ian Lewison and it’s my fault because of the injury”. It wouldn’t have been the best start but thankfully Joe done the business.’

Jones has helped steer Joyce to the cusp of the world scene and has ambitions to do the same for all of his fighters. He is particularly excited though by the future of unbeaten Italian heavyweight Guido Vianello. 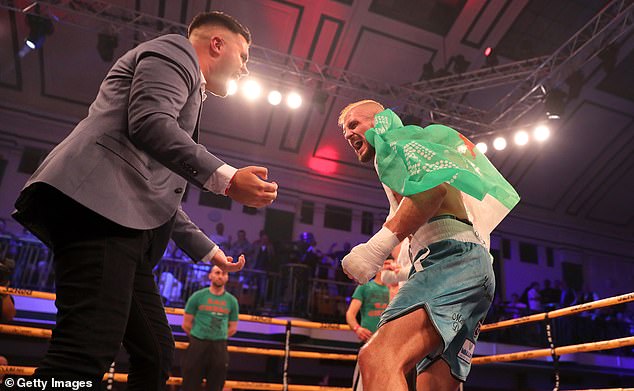 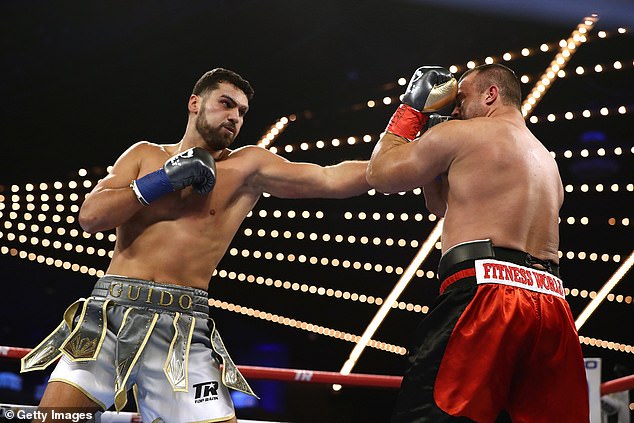 ‘He has everything. He’s good looking, he can talk and he can fight. I discovered him because we brought him over for sparring,’ Jones says. ‘The first time he sparred Joe he was all over him and I remember Joe getting really mad that this young kid had come into his gym and set about him a little bit and have two tasty spars with him.

‘We thought: “Oh my God this kid is really talented, if he was looked after a little bit, he could be amazing.” So, we went to Rome twice to meet Guido’s family and then we signed him and got him a deal with Top Rank.

‘Guido made his debut at Madison Square Garden on the [Vasyl] Lomachenko undercard. And that was my best night in boxing, because he’s like a baby Guido and to see him walking to the ring – not many people from Italy get these opportunities – and his whole family was there. It was serious. On a personal note that was my biggest achievement.’

Not bad going for a salesman from Derby, but Jones has had some help along the way.

‘I have to say that Peter Fury has played a massive part in my success,’ he adds. ‘I knew him through a friend and he has almost been like an advisor to me and is responsible for most of my contacts I have now in boxing. Even when Joe was being promoted by David Haye, I would ask Peter if this fighter was the right opponent for him. 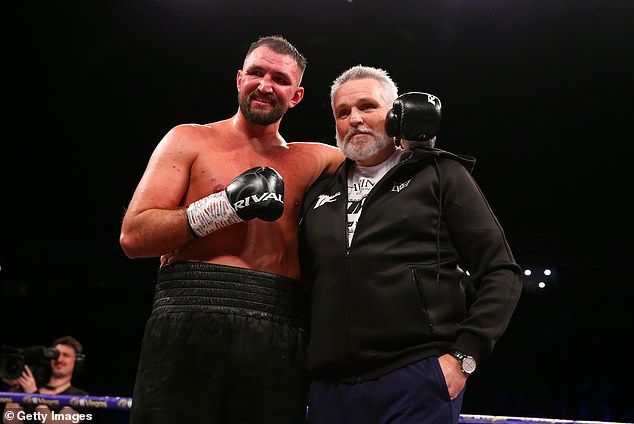 ‘I’m always grateful to Peter and that’s how I met Tyson. I remember singing Sam Cooke songs with Tyson Fury two or three weeks before he fought Wladimir Klitschko in Dusseldorf. He’s a proper character is Tyson. I spent a lot of time with him in that camp and I consider him a friend now.’

Nights at Madison Square Garden and singing with Tyson Fury would have felt a world away during those days working in the Volkswagen car lot but Jones always believed he was capable of achieving more.

‘I was always a very good salesman,’ he says. ‘But I had a problem with authority if I’m honest. I was never happy in one job. I became just unemployable so I took a gamble and it paid off. I’m my own boss now, I work with my own fighters and run my own company.

‘It’s been a mad few years but if I can do it then anyone can do what they want to. I’m just an opportunistic salesman who got lucky.’