‘I’ll f***ing sleep you right now’: Tyron Woodley slams Jake Paul in heated pre-fight press conference after YouTuber’s camp clashed with his MUM in the audience… with police and security forced to step in to separate two teams ahead of Las Vegas bout

Former UFC champion Tyron Woodley has promised to ‘f***ing sleep’ YouTube star Jake Paul ahead of their clash in the boxing ring this weekend.

Woodley is set to make his boxing debut in Cleveland against Paul, who is eyeing a fourth career win on Sunday night.

But all hell broke loose ahead of the bout during a press conference on Thursday, when one of Paul’s entourage ‘DCut’ clashed with Woodley’s mother, leaving the former UFC champion furious. 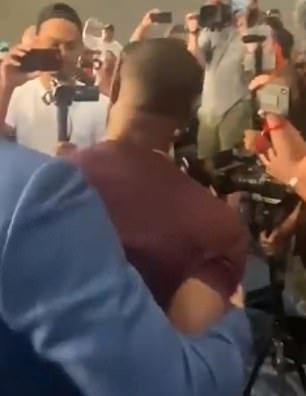 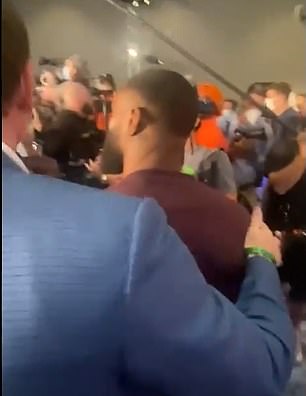 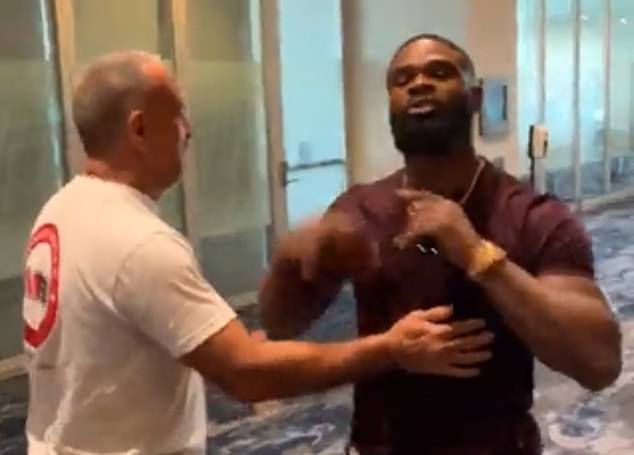 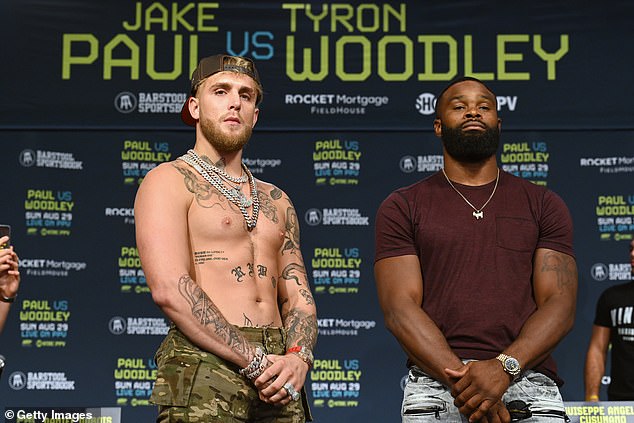 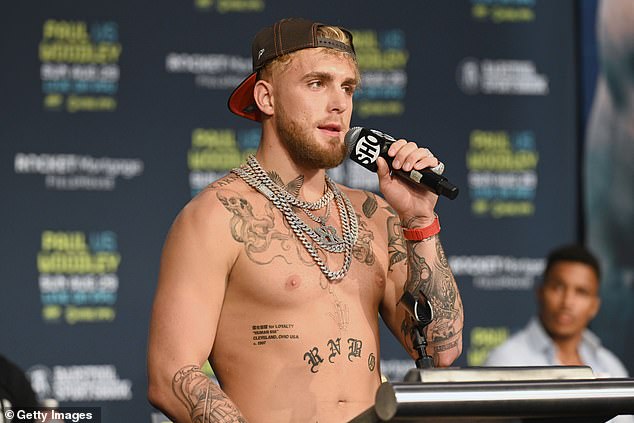 Woodley came off the stage to confront Paul’s entourage and he was heard telling the YouTube star ‘I’ll f***ing sleep you right now’.

Police and security then had to intervene as the two sides clashed, just days before the two fighters meet inside the ring.

In the aftermath, DCut refused to apologise, claiming he ‘didn’t do anything wrong’. 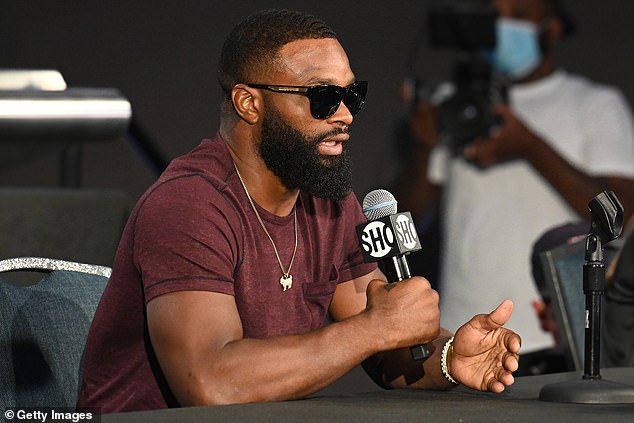 Speaking with The Schmo, he said: ‘I’m not sorry because I didn’t do anything wrong. But my team, we talked and made sure to use a different approach next time.

‘There are different professional approaches we could have taken, but at the end of the day, I’m not sorry. I did what I did.

The fight will take place in the Rocket Mortgage FieldHouse, Cleveland, USA, with Paul eyeing a fight with Tommy Fury, brother of heavyweight champion Tyson, after this bout.