Not many boxers can claim they knocked out an opponent with seven punches inside seven seconds, however Seniesa Estrada became one of those few after a devastating first round against Miranda Adkins.

Entering the ring with a perfect 18-0 record, Estrada took no time at all getting the job done against 42-year-old Adkins.

The American quickly stepped out of her corner on the bell and took a dominant stance towards her opponent before unleashing a three punch combo that rocked Adkins. 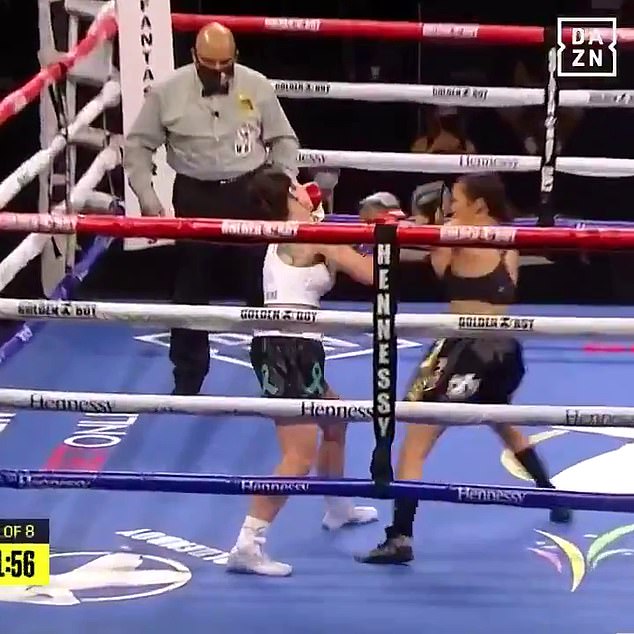 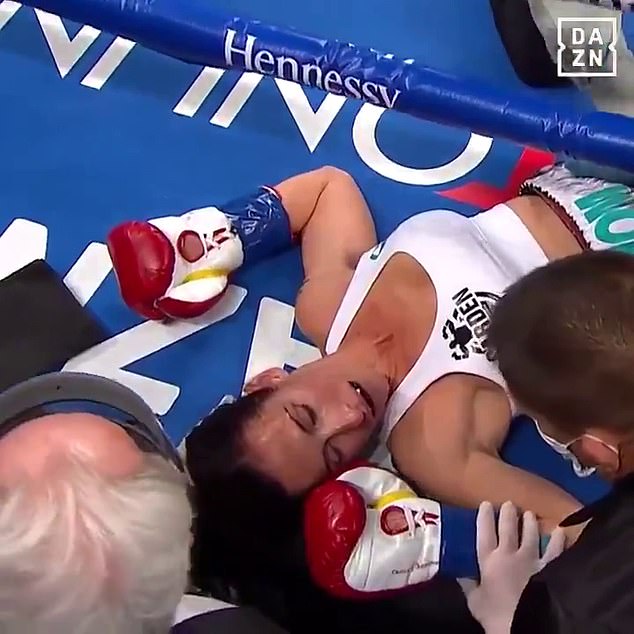 Estrada then unleashed four more quick-fire punches as Adkins failed to put up a guard and crashed to the canvas.

After taking the barrage of punches from Estrada, Adkins laid out cold as one commentator blared: ‘It was lamb versus lion, it is over in one of the quickest knockouts in women’s boxing history.’

Boxing journalist Dan Rafael quickly took to Twitter after the knockout as he wrote: ‘I’ve seen mismatches but that women’s fight was literally as bad as it gets. Estrada just brutally whacked out that poor woman in 7 seconds.’ 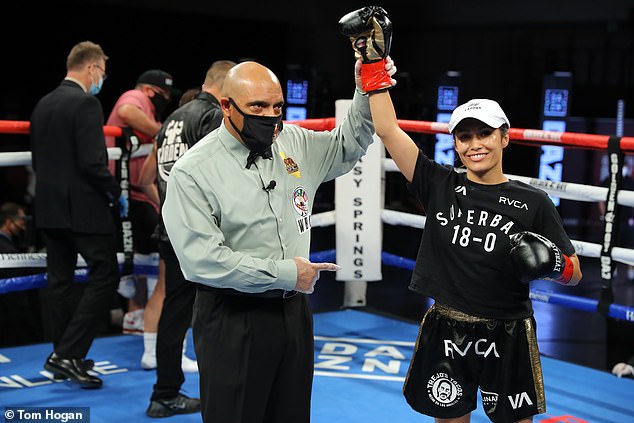 Estrada, interim WBA flyweight champion, wants to become one of the greatest ever fighters

‘I’m just a fight or two away from being in that conversation as one of the best pound-for-pound women in the sport.

‘I just need to keep winning and getting world titles. World title fights are the only thing on my mind. I don’t want any fights unless they are for a championship.’