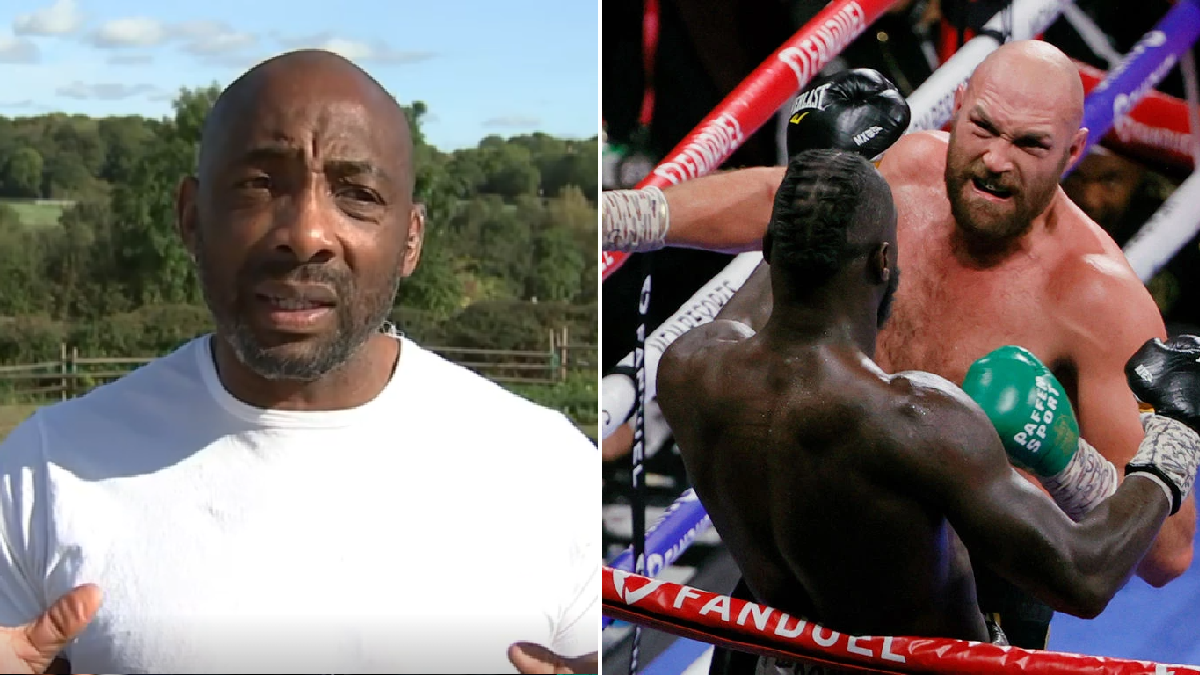 Victory for Fury extends his undefeated professional record to 32 fights and ensures he remains the WBC heavyweight champion.

The heavy nature of Wilder’s defeat – he was knocked down in the third and 10th rounds as well as the 11th – has led to speculation that the Bronze Bomber could retire, but Nelson says Fury may also walk away from the sport.

‘After such a reality check, I think that could be the end for [Deontay] Wilder and I wouldn’t be surprised if [Tyson] Fury walks away from boxing too,’ Nelson told the Daily Mail.

‘He will be questioning just how real is the challenge that’s left? He is bigger than the belts. In fact, after his performance in Las Vegas, the belts need Tyson Fury more than he needs them.

‘I am a big fan of Anthony Joshua and Dillian Whyte, and it may sound harsh, but they are B list to Fury’s A list right now. He is a man who needs the challenge and I’m not sure what’s left is big enough for him to carry on.’

Fury and Wilder’s clash in Las Vegas was their third bout, with Fury battering the American almost 20 months ago, after their first clash ended as a draw.

All three fights have been entertaining but Nelson says Saturday’s was the ‘best of the modern era’ and an all-time ‘classic’.

While Wilder suffered three knockdowns, Fury also had to pull himself up from the canvas twice in the fourth round as his opponent sensed a shock win and rattled the Brit with his devastating right hand.

‘It’s rare that we see a contest of this calibre, the best of the modern era and one that stands alongside some of the classics in history,’ Nelson added.

‘Fury was flawless in his management of the fight. People may question that description after he was knocked down twice, but he showed how the best fighters think their way through situations and come out of them stronger.

‘Study this fight and there are lessons to be learned for every boxer. In every moment of adversity, Fury found an answer.’

While Fury dismissed any doubts that he is the best heavyweight on the planet in his victory over Wilder, he went further in his post-fight interview, crowning himself the ‘greatest heavyweight of my era’ after retaining his WBC crown.

‘I have proved time and again that I can never be written off,’ said Fury. ‘I didn’t have my best performance but I pulled it out of the bag when it needed to be done.

‘I am the greatest heavyweight champion of my era, without a doubt. Number one. If you play with fire long enough you will get burned.’