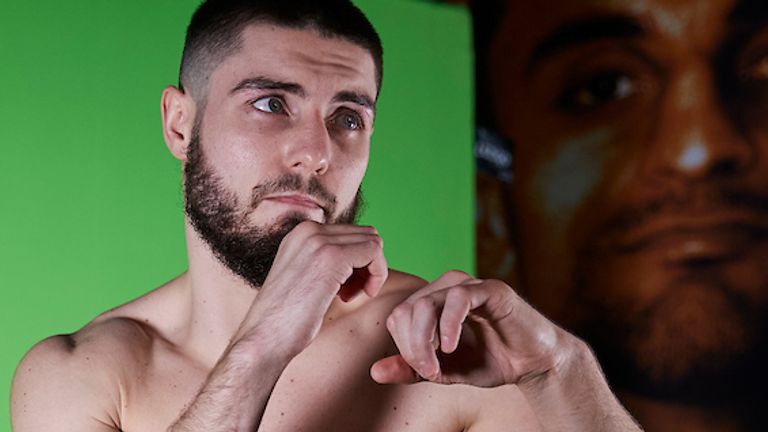 Josh Kelly glared at David Avanesyan and then called for the Russian to pile on the ‘pressure’ in their long awaited European welterweight title fight.

Britain’s unbeaten contender will finally battle Avanesyan for the European belt at The SSE Arena in Wembley on Saturday night, live on Sky Sports, after their fight was previously twice postponed.

Kelly faces the most daunting test of his career in the form of the heavy-handed Russian, but the 26-year-old insists he is relishing Avanesyan’s raw aggression after an intense face-off at the final press conference. 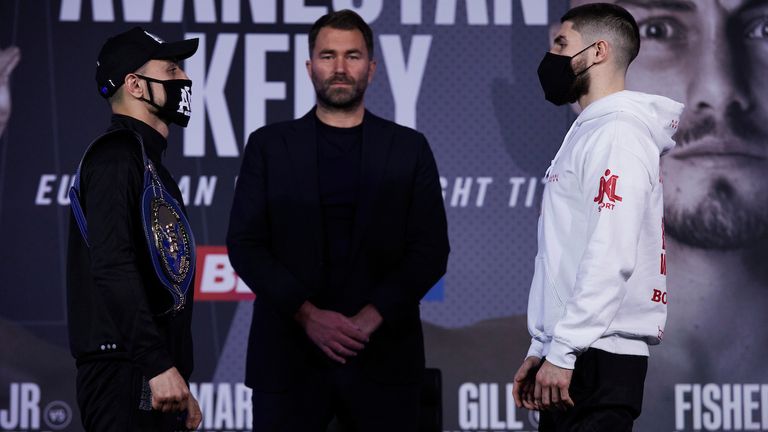 “I know I’m in for a hard fight but it’s one that I’m more than capable of winning.

“Pressure? Come on, bring it!

“This fight is one step away from big fights.”

Avanesyan’s manager Neil Marsh restrained his emotions, having clashed angrily with Kelly’s trainer Adam Booth at a previous media event, but still issued a chilling warning to the challenger.

“Absolutely no doubt [Avanesyan will win inside the distance],” said Marsh. 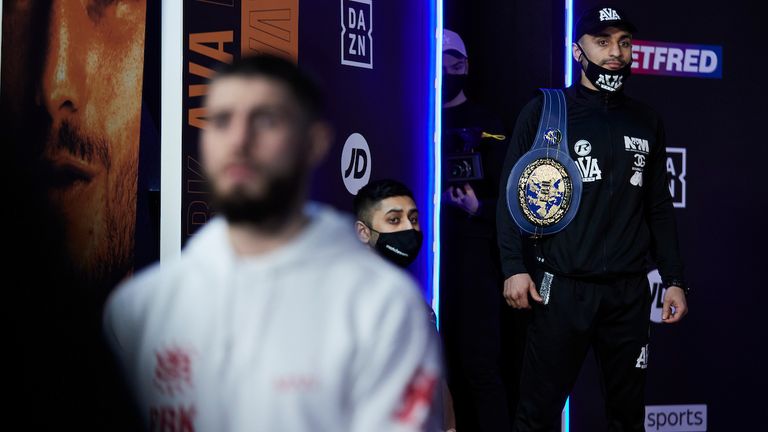 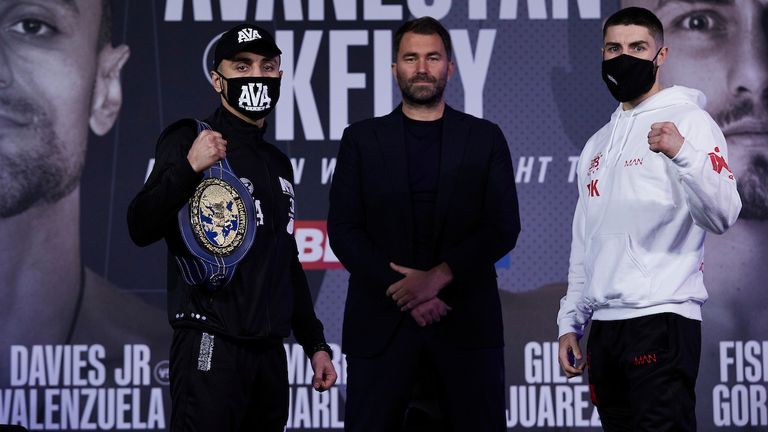 Kelly was forced to withdraw from their first scheduled fight at late notice due to illness, but Booth believes the talented former Team GB boxer has now matured mentally and physically.

“The difference is, the way that Josh will go about the fight. He is closer to his physical and mental prime than he was two years ago,” said Booth.

“We visualise David bigger, stronger and faster than he is.

“Both of them will go forwards, backwards, and have questions asked of them. Josh is ready.

“Josh is a little bit special.”