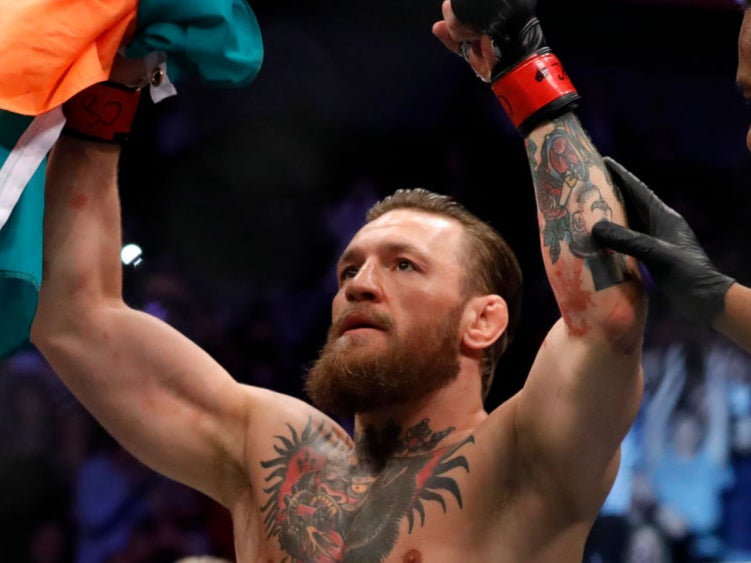 “So he has two broken toes and a bone in his foot that’s broken. That’s what his corner told me.”

The Russian insisted he’s “not interested” in facing Conor McGregor again in the aftermath of his win tonight.

“God give me everything, and with my father, I love you so much, it was my last fight, when UFC called me about Justin, I talked to my mother, I promised her it would be my last fight,” Khabib said.

“I gave my word, I have to follow it. Undisputed UFC champion, I think I deserve it, I want to say thank you to Lorenzo, Dana, Hunter. 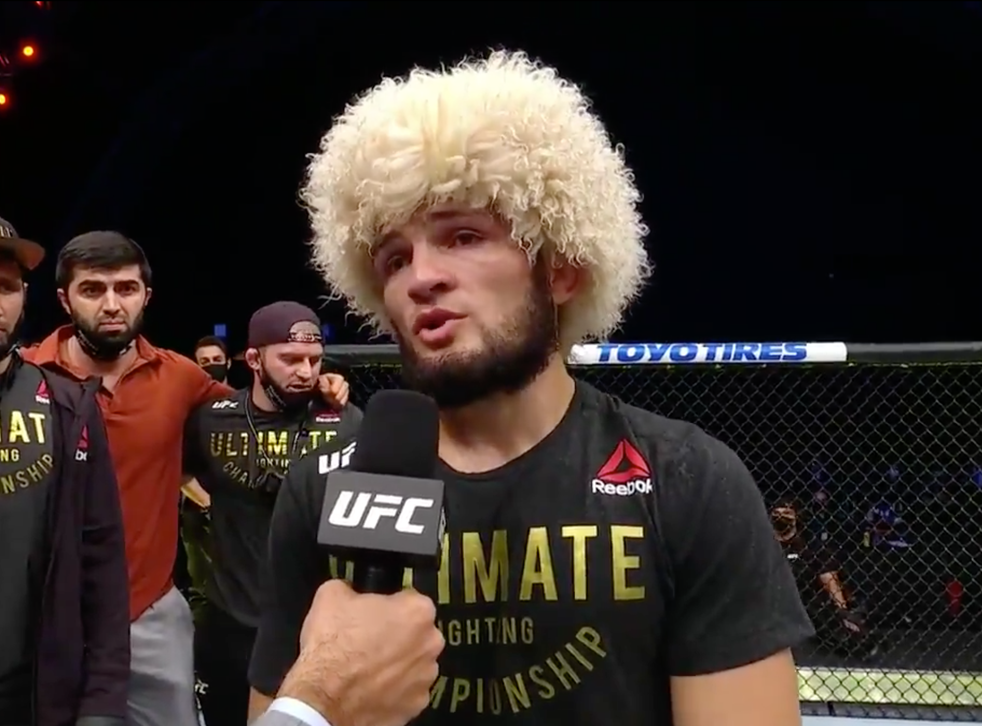 “Thank you to all this UFC team, everybody around the world, thank you so much Justin, you helped me a lot. I know you’re a great man.

“I know a lot of things about you. One day it’s going to happen, you never know what will happen tomorrow. My team-mates, I love you so much.

“Today is my last fight in the UFC. It was my father’s dream, what else? McGregor and Poirier fight in January, I choked out both of them, I’m not interested in this.”