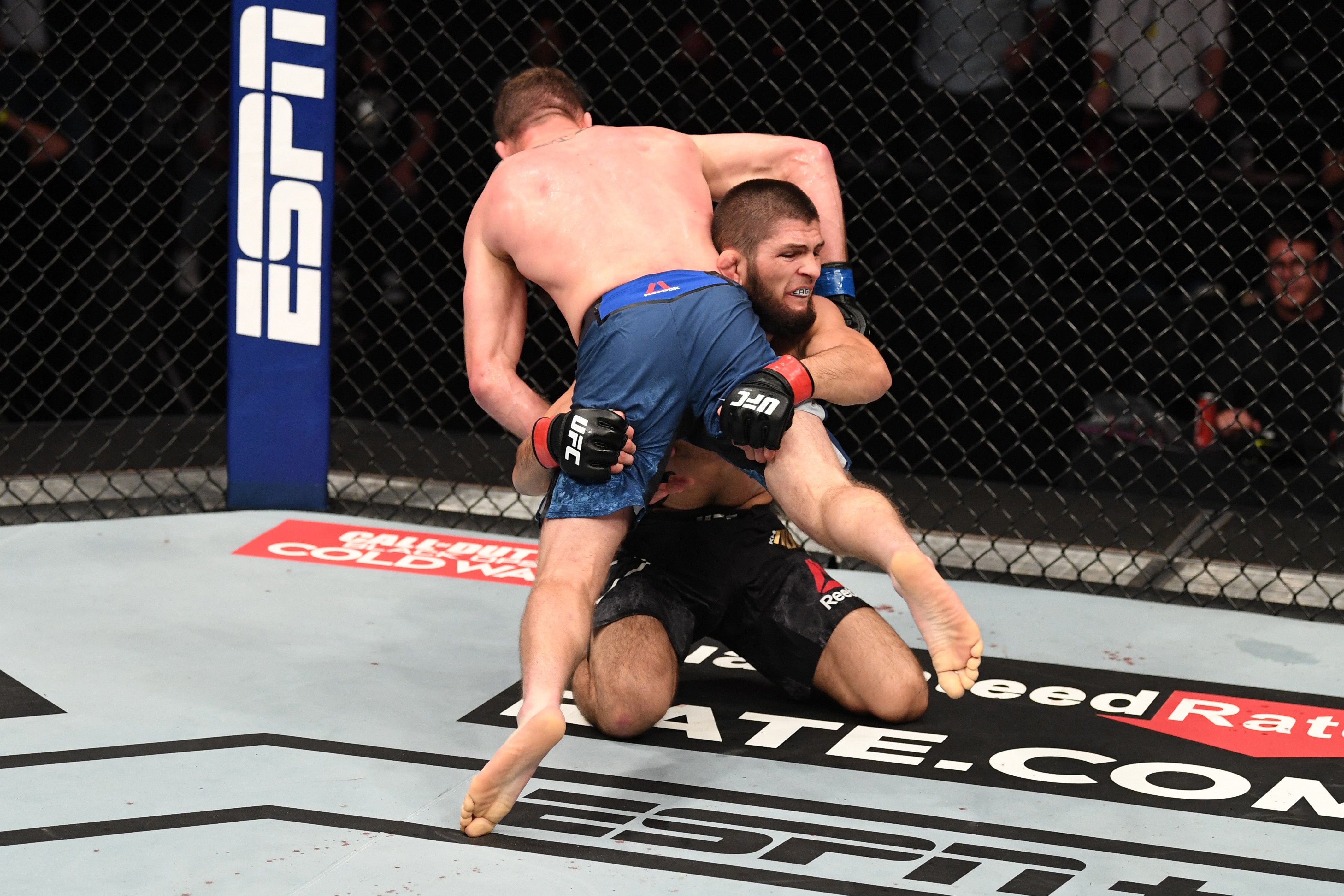 “I want to say thank you to Lorenzo [Fertita], Dana [White], Hunter [Campbell]. Thank you to all this UFC team, everybody around the world. Thank you so much Justin, you helped me a lot. I know you’re a great man. I know a lot of things about you.

“You never know what will happen tomorrow. My teammates, I love you so much. Today is my last fight in the UFC. It was my father, what else…

“[Conor] McGregor and [Dustin] Poirier fight in January, I choked out both of them, I’m not interested in this…”

Old rival McGregor reacted by writing on Twitter: “Good performance Khabib. I will carry on.

“Respect and condolences on your father again also. To you and family. Yours sincerely, The McGregors.”

After the main event had conluded, UFC president White revealed Khabib had apparently broken his foot just weeks before the fight.

White, who said he could “smell” an upset as Khabib didn’t look right, said: “What this guy has been through, we’re all lucky that we got to see him fight tonight.

“Apparently, he was in the hospital and he broke his foot three weeks ago.

“So he has two broken toes and a bone in his foot that’s broken. That’s what his corner told me.”

In the night’s co-main event, former middleweight champion Robert Whittaker outpointed Jared Cannonier (29-28, 29-28, 29-28). It was a masterful performance by the Australian, who is now expected to get a rematch against current titleholder Israel Adesanya, who took the belt from Whittaker one year ago.