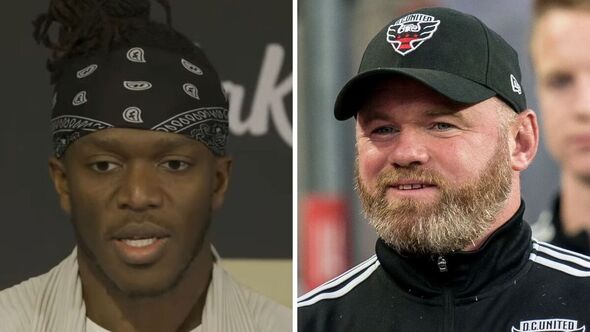 KSI has revealed that Wayne Rooney sent him a direct message asking to fight him during his press conference for his upcoming grudge match against Dillon Danis. The British YouTube star says he rejected the offer but would be for having the football icon on one of his undercards.

“It’s funny, I hope he doesn’t get annoyed that I said this but Wayne Rooney hit me up saying, ‘hey, we should fight’ and I said no. I just don’t want to do that,” said KSI. “If Wayne Rooney is down it would be good to have him in the space, I know Wayne Bridge is another who is interested.

“I know he’s a good boxer but I’ve got different goals. Maybe after Jake [Paul] if I feel like I want to do something after Jake but we’ll see.”

KSI was in London promoting his January 14 clash with Danis which is set to take place at the OVO Wembley Arena. The American mixed martial arts fighter has had a lot to say about KSI online but was nowhere to be seen at today’s media event.

According to promoter Kalle Sauerland, Danis did not board his flight to the United Kingdom after contracting a recent bout of flu. There has been no indication that the fight is in jeopardy although both KSI and Sauerland confirmed that there are backup opponents waiting in the wings.

Sauerland added: “From a promoter’s point of view, we have been assured he is in training. I spoke to his management yesterday. But we are ready for everything, in this space you have to be ready for everything like you do in real boxing. I introduced the substitute system into the World Super Series and we will have exactly the same setup here.

“There’s obviously a lot of money at stake as well, it’s a big fight and I’d be surprised if there is a change of start given what they told us yesterday.”