Logan Paul wants ‘a fight’ with Floyd Mayweather and not an exhibition bout as the YouTube superstar believes he can pull off an ‘impossible’ win over the boxing legend.

The social media sensation will share the ring with the five-weight world champion at the Hard Rock Stadium in Miami Gardens on Sunday night, live on Sky Sports Box Office.

Mayweather vs Paul has been billed as an exhibition bout, but the 26-year-old is ready for a ‘war’ after his brother Jake antagonised the former pound-for-pound no 1 fighter.

“It’s not an exhibition,” said Paul. “What exhibition is eight three-minute rounds? This is a fight.

“He’s trying to make an example of the big brother, so the younger brother has to suffer and watch and witness. I don’t know if you’ve seen ‘Scarface’, but that’s what he’s trying to do.

“This is going to be a war. I’m not going to make s*** easy for him. We’ve been training our asses off for eight months now, preparing to fight this guy. 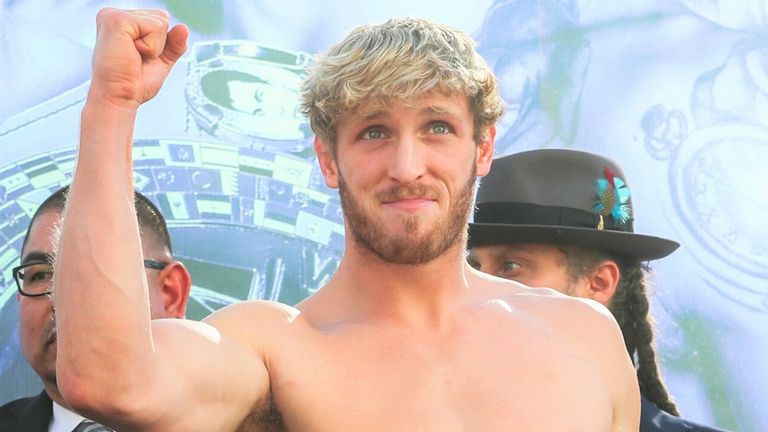 “I’m 30 pounds heavier, I’m like six, seven inches taller. Half his age and I’m hungry, and I’ve got nothing to lose.

“It’s a fight, so anything can happen.”

Mayweather compiled a perfect 50-fight record while dominating the sport for decades.

But Paul said: “For those people telling me that it’s impossible. You’d be lying if you said there wasn’t a chance that I could beat him.

“Yeah, I think I’m going to go in there and decapitate him in the first round, and if it doesn’t happen, we’re going for the second, and then the third and the fourth.

“Who knows, it could go the distance, but it’s going to be a show regardless.”

Watch Mayweather v Logan Paul on Sunday, live on Sky Sports Box Office, from midnight. Book it via your Sky remote or book it online here. Non-Sky TV subscribers can book and watch it here.