EXCLUSIVE: Manny Pacquiao reveals he COULD return to professional boxing and is using his exhibition bout against YouTuber DK Yoo in December to assess where he’s at… as the eight-weight champ insists he’s training as hard as ever

Manny Pacquiao has revealed he is using his charity bout with YouTuber DK Yoo on December 11 to decide whether he wants to return to the ring in a professional capacity.

Pacquiao retired from boxing in 2021 after 72 professional fights but agreed to dust off his gloves to face Yoo in a charity bout later this year to raise money for the Ukrainian people.

Pacquiao now insists the showdown with Yoo will determine whether he wants to return to his ‘professional boxing career or continue doing exhibition bouts’. 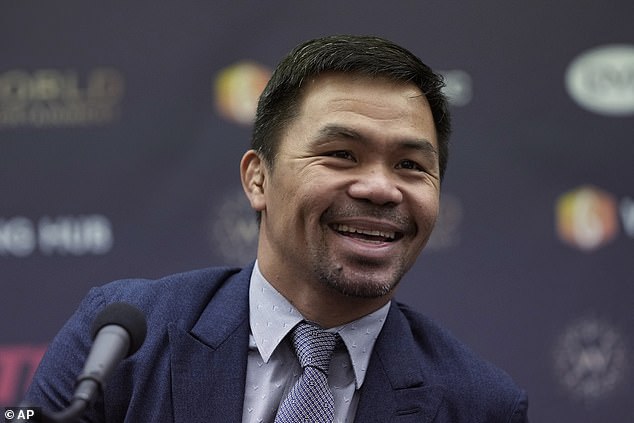 Pacquiao told Sportsmail, via FITE TV, that he was excited to get back in the ring and that he was using the charity bout to decide whether he wanted to dip is toe back into the professional scene.

When asked whether he would complete anymore exhibition bouts after his showdown with Yoo in December, Pacquiao revealed he could return to the ring professionally. 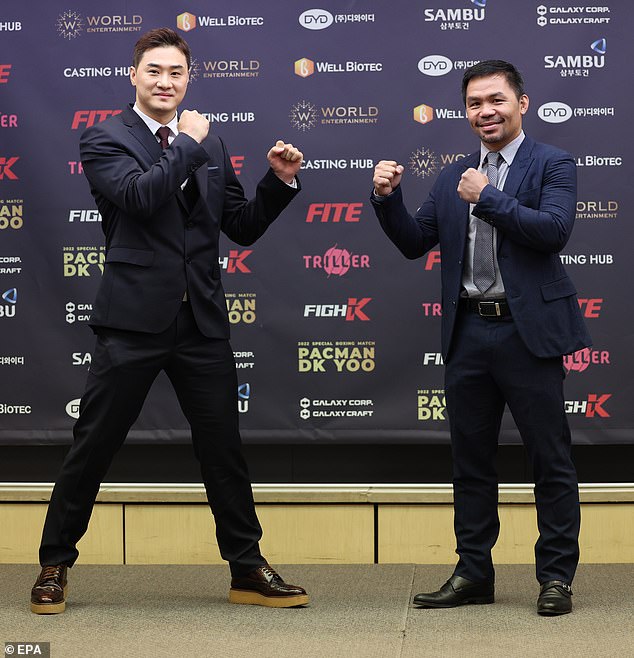 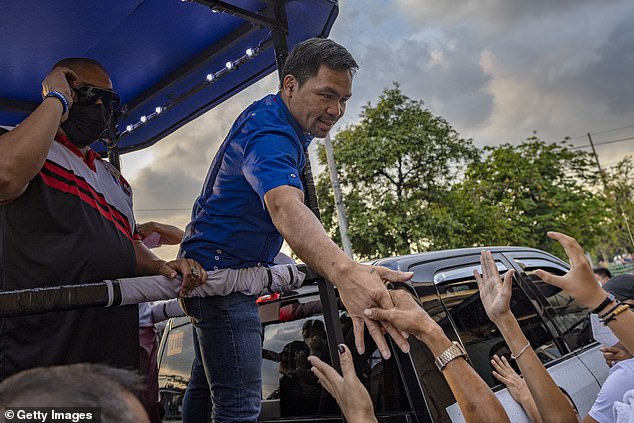 He said: ‘I will fight anybody for an exhibition or a professional fight. This December 11 fight is going to be a mixture of seeing if I want to return to my boxing career or continue doing exhibition matches.’

Pacquiao has vowed to train hard regardless of whether he continues to fight in exhibition bouts or takes to the ring professionally.

‘My training for this charity exhibition [against Yoo] is the same as I have done in the past,’ he said.

‘You saw what we were doing in the past and that’s what we are going to do during this training camp. I will head back to the Philippines and start serious training.’ 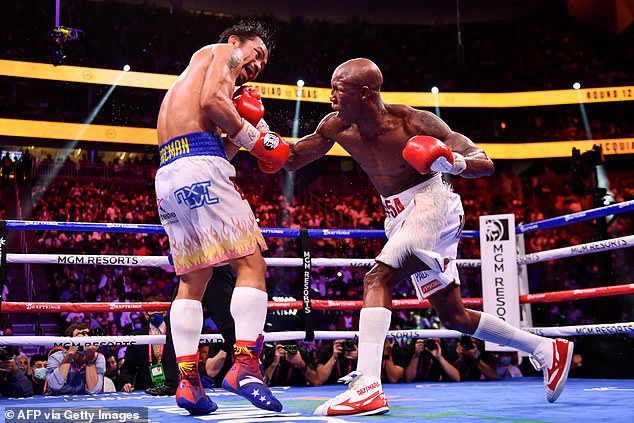 Pacquiao retired after a disheartening defeat to Yordenis Ugas in 2021. The Cuban boxer claimed a unanimous decision win to retain his WBA welterweight title.

It was Pacquiao’s first fight in over two years, having not taken to the ring since his scintillating victory over Keith Thurman back in 2019.

Nevertheless, the final chapter to Pacquiao’s professional career did not tarnish what he managed to accomplish during his phenomenal journey.

During his career – which spanned 26 years – Pacquiao completed 72 professional fights. Out of those, he won 62, lost eight and drew two. 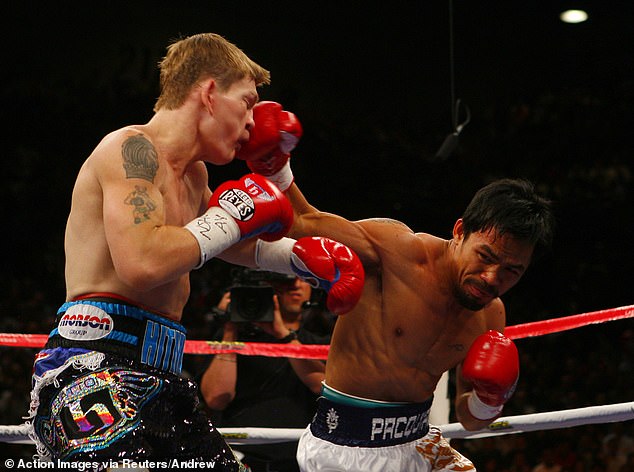 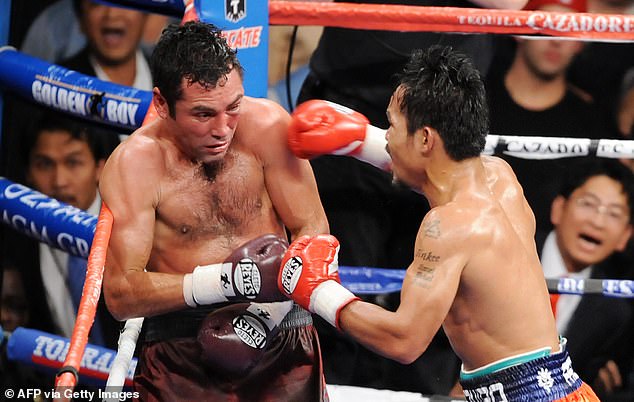 Pacquiao – who is one of six siblings raised by a single-parent family in Kibawe – got his career off to a flying start.

At just 19 years old Pacquiao won his first title by beating Chatchai Sasakul to claim the WBC flyweight crown. He went on to claim the vacant WBC international super bantamweight title at 21.

Pacquiao continued to establish himself as a force to be reckoned with. During his career he faced some of the most formidable names in boxing.

Even at the age of 40, Pacquaio was still making history – beating the previously unbeaten Thurman on points to take his WBA Super welterweight title. 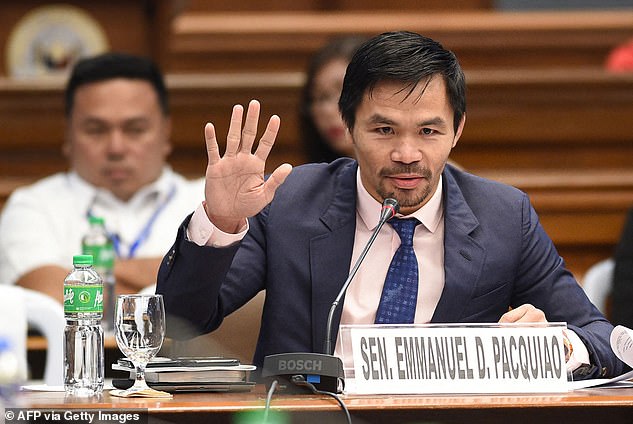 However, Pacquaio – who was known for rallying against government corruption in his home nation – decided to retire from boxing to focus on politics.

Having already served as a senator in the Philippines during his political career, Pacquaio decided to run for President.

Pacquaio has now turned his attention back to boxing and will return to the ring on December 11 for his charity bout against Yoo.