Home » Fighting » Manny Pacquiao was KOd by Rustico Torrecampo, who later became a fugitive wanted for murder – where is he now? People don’t know exactly where Rustico Torrecampo is, and that’s the way he needs it to be.

He isn’t in jail so is likely living as a squatter again, with barely a penny to his name, as he was before he became a wanted man. The years have not been easy on Torrecampo, the first man to knock out Manny Pacquiao who has since become a boxing great and a political powerhouse in the Philippines, where his former conqueror was in hiding.

Once wanted for murder, details of Torrecampo’s recent whereabouts have been softly whispered to Sky Sports. It hints at a man clinging to his notoriety but in danger of stumbling. Pacquiao's ab workout 😯💪@MannyPacquiao has some interesting training techniques to get his body in condition pic.twitter.com/CGveHYt7nZ

A 12-year-old Manny Pacquiao ran away from the family home to live on the streets after his father cooked and ate their dog.

He became a boxer, as many kids from the slums did. By 1996, aged 17, he had won his first 11 fights and was due to make it 12 out of 12 on an undercard fight in Mandaluyong City against Rustico Torrecampo, a nondescript opponent who had already been knocked out four times.

Torrecampo’s main job was to build and dismantle the ring itself – he would fight just to make a few extra pesos, according to the book Pacman: Behind The Scenes with Manny Pacquiao.

Pacquiao had missed weight and, as punishment, was forced to wear eight-ounce gloves while his rival wore six-ounces.

Then in the third round Torrecampo threw a left hand that would become a footnote in boxing history. Pacquiao crashed to the floor and did not get up.

“I took all his punches,” Torrecampo said at the time. “He never hurt me. When he went down, I knew he wouldn’t get up. The referee could’ve counted to 100 and he wouldn’t have been able to recover.

“I prepared for him. I knew after throwing a jab, he would follow up with a straight or an uppercut. I waited for him to jab, then I countered. I hit him flush on the jaw. The referee stopped it because he couldn’t stand up straight.”

Pacquiao responded by winning five times in the next year, but Torrecampo? He couldn’t take advantage most likely because, at the time, knocking out Pacquiao didn’t mean what it means today.

A year later, Torrecampo was retired with a 14-8-6 record after a punishing end to his career. He broke his wrist in the fight after Pacquiao but never allowed it to heal, instead boxing on but winning just once in his last six bouts.

His career concluded with an unhealed bone sticking out grotesquely from the left wrist that, 12 months earlier, had knocked out Pacquiao.

Torrecampo pocketed just £103 for the KO which is remembered 24 years later, according to the Philippine Star. 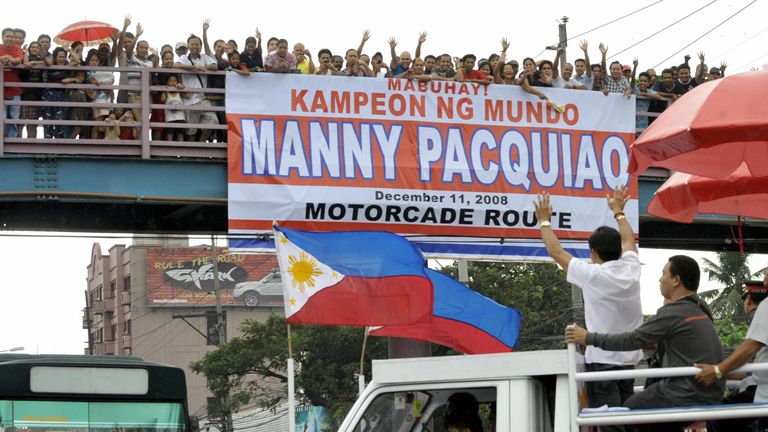 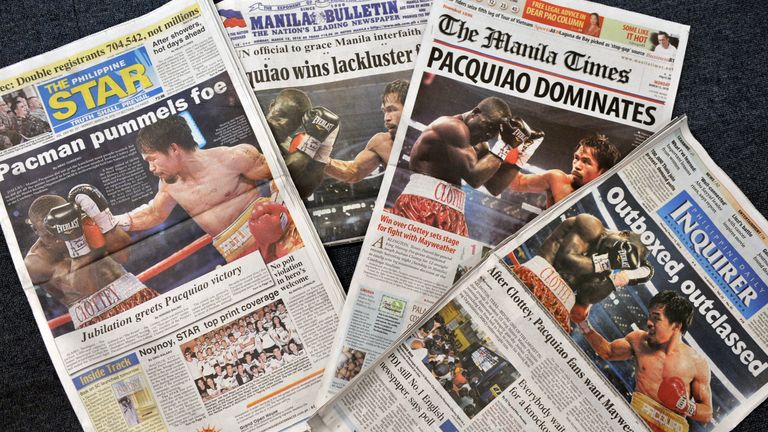 Torrecampo ran a roadside food stall selling fried rice and soup and lived with his family, his wife’s parents and his siblings in a squatter’s home, according to local media Newsflash.

It was a far better job than the 13-hour days he would do at a metal factory after leaving boxing behind.

He was allowed to park his cart for free in return for sweeping the nearby streets.

In 2007 another vehicle bumped into his car, spilling the food and the profit, and an altercation broke out. The driver of the vehicle was found dead with stab wounds. There was a police warrant for Torrecampo’s arrest for murder.

Around the same time, his fellow Filipino Pacquiao lit up Las Vegas by defeating Marco Antonio Barrera for the WBC super-featherweight championship.

Torrecampo became a fugitive, on the run from the law, and this is where his story becomes even more unusual.

Nobody on record can explain the four-year period between the police issuing a warrant for his arrest and his comeback to the boxing ring in 2011.

A source used by Sky Sports, the most recent on record with a sighting of Torrecampo, insisted they “don’t recall” if he was ever arrested.

But after a 14-year retirement, he boxed one more time and won via third-round knockout.

“I know I’ll never be like Manny but I want to keep fighting,” he said after winning. “I want to go as far as I can.”

Almost on the same day, but a million miles away from the squalid comeback of the fugitive Torrecampo, the superstar he once KOd was an invited guest to the White House to meet President Obama.

“I’m happy for Manny,” Torrecampo was quoted in the Philippine Star. “He’s lucky. He’s now rich. If he ever wants to see me, I might not be able to go because I’m tight for money. I’ll have to pay for transportation. But if he gives me 1,000 pesos [£16] I’ll be absent from work for a day and see him.”

⏪MORALES vs PACQUIAO I⏪

Fifteen years ago today was the breathtaking first fight between Erik Morales and Manny Pacquiao from the MGM Grand 🇲🇽🇵🇭🥊 pic.twitter.com/EXiUMVcoQp 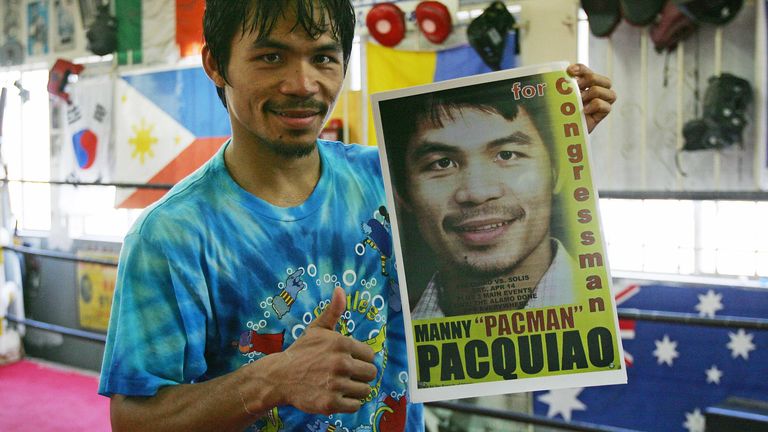 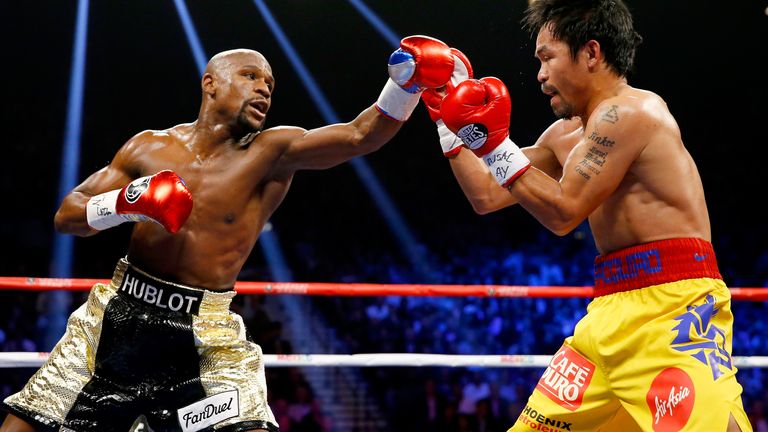 There is some dispute as to whether Pacquiao has ever reached out to help his old opponent.

He is well-known for giving money to the poor in the communities where crime comes to an immediate halt when his fights are televised, when the authorities and the disadvantaged come together to watch their Pacquiao in action.

A source used by Sky Sports insists Pacquiao, and indeed others, have financially helped him on several occasions.

But whatever became of Torrecampo?

He became a trainer in a gym owned by the son and daughter-in-law of ‘Flash’ Elorde, the legendary Filipino boxer of the 50s, 60s and 70s in Quezon City, north-east of Manila, according to Sky Sports’ source.

Torrecampo “would ask for financial help from friends in the boxing community and was never turned away”.

The Elorde family and Pacquiao, who is now a Senator in the Philippines, “always accommodated him”.

But three years he quit his job as a gym trainer and hasn’t been heard from since. A separate source insists he “is still around”.

That is the most recent documented sighting of the first man to knock out Pacquiao.