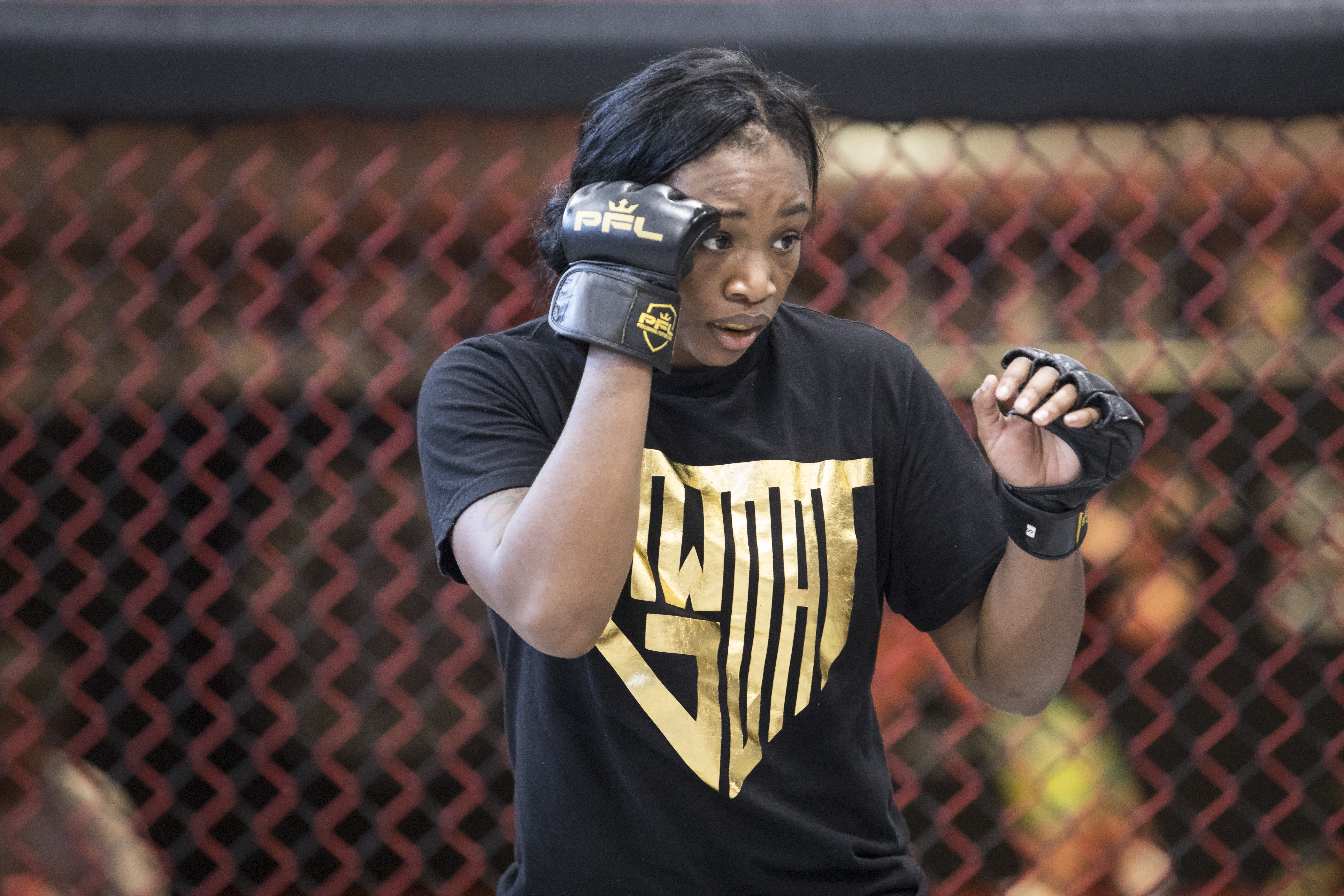 The Professional Fighters League hopes to offer a home to anyone from the world of combat sport looking to establish themselves in MMA following the signing of Claressa Shields.

Unlike UFC, PFL operates under a regular season format culminating in play-offs and a final championship night held every year on New Year’s Eve, with CEO Peter Murray likening the high-stakes concept to the ‘Premier League of MMA’.

After its 2020 season was abandoned due to the coronavirus pandemic, work has been done behind the scenes to assemble a star-studded roster for the new campaign which begins in April with former UFC lightweight champion Anthony Pettis among the new arrivals.

Double Olympic champion, former undisputed middleweight champion and current unified light middleweight champion Shields is also poised to step into the world of MMA with Murray confirming a June debut has been pencilled in – with the American possibly set to fight twice in the cage in 2021 as well as continuing to defend her boxing championships in the ring.

British heavyweights Dillian Whyte and Dereck Chisora are among the high-profile names in boxing to have discussed a transition to MMA later down the line, with former kickboxing champion Whyte verbally sparring with Francis Ngannou last year.

And as long as there is interest in MMA from other disciplines, PFL will be happy to oblige if it is something the fans want.

‘Claressa transcends beyond combat sport. She has dominated boxing, now she is going to take on MMA. She boxes again in March but from then her head will be down to debut with the PFL this coming June,’ Murray told Metro.co.uk.

‘We love crossover. We now provide that opportunity for major athletes. With the explosive growth of MMA you are going to see a lot more of it. Internationally speaking, we are in conversations with many Olympians in developing them and getting them into MMA. From different disciplines including boxing.

Murray added: ‘Claressa will fight potentially up to two times [this year] while she continues to box. I’m not sure she will do it on the same night, but you never know!’

The PFL’s unique format, similar to the NFL in the US and league football on these shores, offers fighters the chance to cut through the politics of MMA with its operation offering a guarantee of world title gold and serious money – if they keep winning.

The comparisons go further with fighters facing ‘relegation’ from the top tier tournament. Simply put, fail to get enough wins and you are dropped.

‘Each season you will see the PFL upgrade and enhance the roster with top ranked talent. That’s the model, it stays fresh for fans,’ Murray continued.

‘There is a beginning, middle and end and the athletes have to win to advance or lose and go home. And fans, no different from Premier League fans, are assured the best will compete against the best because they have earned it. The championship prize is huge with a lot on the line. It has all the narratives, it’s easy to follow and is built to create stars.’

In addition to Shields and Pettis, the high-profile arrivals in PFL over the last six to 12 months include former UFC heavyweight champion Fabricio Werdum. While the new season looms large, Murray hints there could be one or two surprises still to follow.

‘We turned lemons into lemonade. We came out of 2020 a lot stronger and fans will see it in the product.

‘We may still have a few surprises. [PFL president] Ray Sefo and his team, they have a few tricks up their sleeves, we have a few select openings in a few weight classes so I’m excited about one in particular. Should that get done, there should be another major announcement before the end of the month.

‘There are some athletes around the world, outside of the US, that we are making final decisions on. Some other athletes, there is maybe the possibility to come over to the PFL. We will see. Beyond that, we have a star-studded, stacked roster of returning champions, new stars coming over and that’s what makes it fun.’

The new PFL season will boast fighters from 22 different countries across its six divisions and that broad spectrum of talent raises the question of what the PFL could do with an international tournament, similar to the ATP Cup in tennis or more compellingly, the FIFA World Cup.

‘Ultimately, everyone in life is inspired by people who earn something. It’s not about the matchmaking component. [The best against the best], that is the formula. And when you mix it up with international athletes from all over the world, then fans in different countries have a rooted interest from their own country or region.

‘Eventually you will see who has the best MMA fighters in the world.’