Anything to declare? Alexander Povetkin receives a hero’s welcome on his return to Russia as singers and dancers perform around him at the airport to celebrate his upset knockout victory over Dillian Whyte

Alexander Povetkin was given a hero’s welcome as he landed back down in Russia after producing one of the best punches of his career to knockout Dillian Whyte.

The heavyweight was greeted inside the airport with a ceremony of music and was crowned in a black hat and given a black coat to wear.

Povetkin appeared shocked and somewhat discomfited by the reception as performers dressed in traditional green and red outfits sung and danced around him while fans watched on. 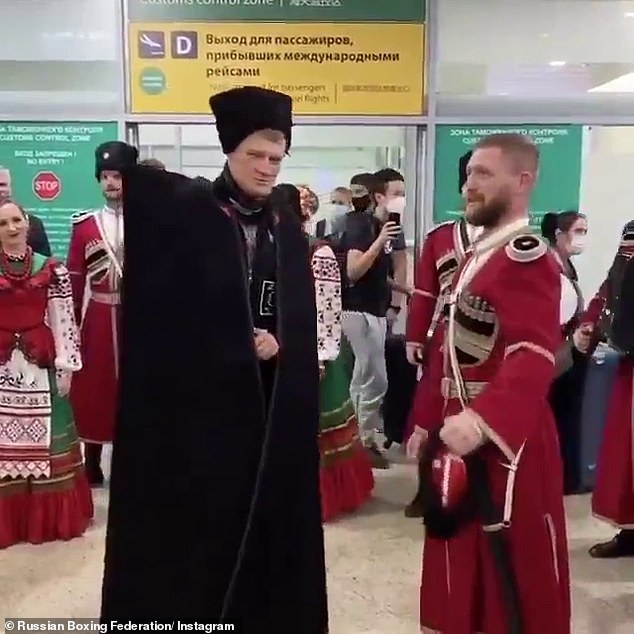 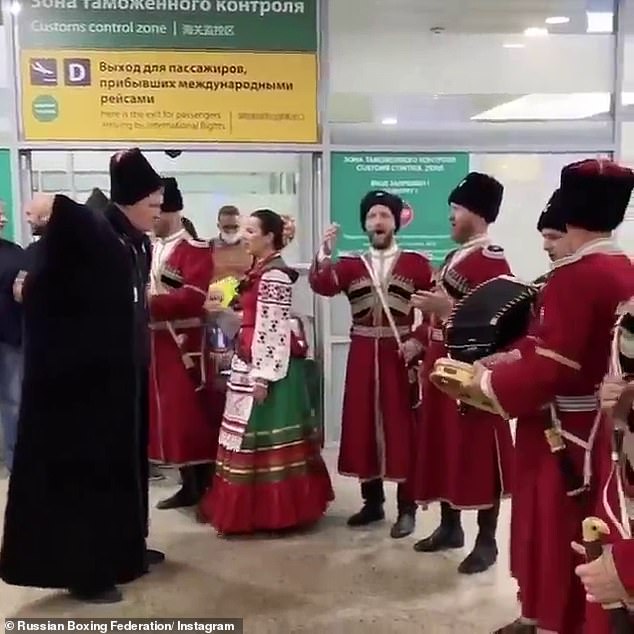 The Russian heavyweight looked somewhat abashed as they performed around him

The Russia Boxing Federation captured the moment on Instagram before Povetkin addressed the fans and media.

The 40-year-old has now propelled himself back into world title contention after upsetting Whyte in devastating fashion on Saturday night.

Whyte had dominated much of the first four rounds and had Povetkin down twice before the Russian sent the Brit crashing to the canvas with a powerful uppercut in the fifth round.

The fight was immediately waved off with Whyte’s chances of a world title shot evaporating just as quickly. 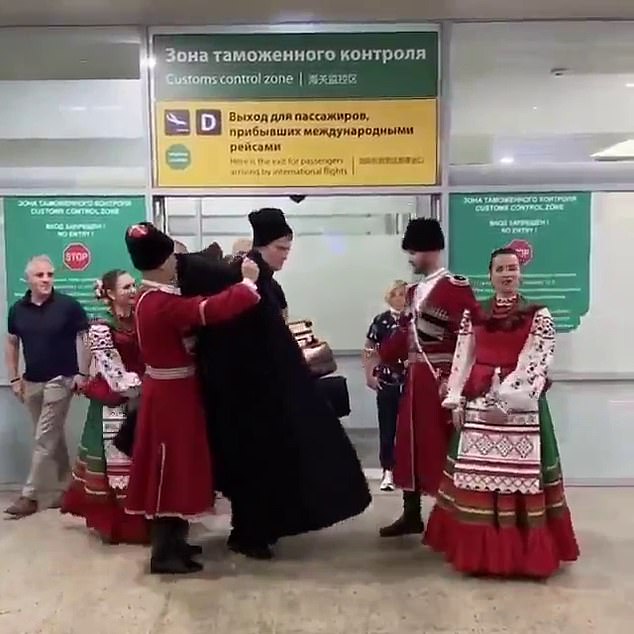 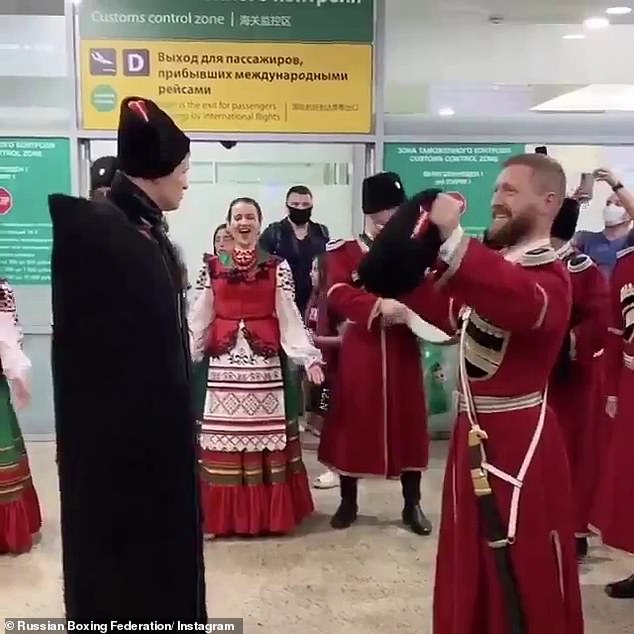 The Brixton fighter had been in pole position to face the winner of Tyson Fury and Deontay Wilder’s trilogy fight for the WBC world title if he had have won on the weekend but now must wait for a shot at revenge.

Whyte intends to trigger an immediate rematch against Povetkin in a bid to reclaim his No 1 spot with the WBC and his promoter Eddie Hearn has confirmed he wants to do that fight before the end of the year.

Whyte’s defeat has freed up Fury to take on Anthony Joshua in a heavyweight Battle of Britain if he can defeat Wilder in his next outing.