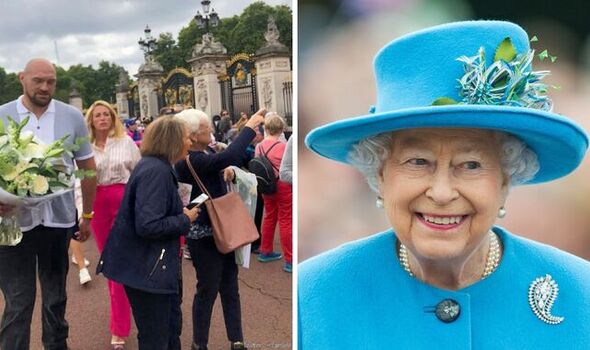 Tyson Fury and his wife Paris left flowers and a card at Buckingham Palace’s gates in tribute to Queen Elizabeth II. Elizabeth passed away last Thursday at her Scottish residence of Balmoral Castle leading a period of mourning in the United Kingdom.

“The Queen died peacefully at Balmoral this afternoon. The King and The Queen Consort will remain at Balmoral this evening and will return to London tomorrow,” the Palace said in a statement published at 6.30pm on September 8.

In the sporting world, many organisations decided to cancel events in tribute to The Queen. All EFL and Premier League weekend fixtures were called off while the historic all-women’s boxing card headlined by Claressa Shields and Savannah Marshall was postponed as well.

Fury – who was among the first to pay tribute to the Queen on social media – took to the streets of London to show his respects to the country’s longest-reigning monarch.

The couple were pictured walking around the Buckingham Palace grounds with a bouquet of flowers and a card, reading: “To our Queen, Great may your bed be in Heaven. Love from Tyson and Paris xx Gypsy King x.”

Fury is expected to face Anthony Joshua on December 3 at the Principality Stadium in Cardiff, Wales with personal terms being agreed upon by both parties. Negotiations had been put on hold following the Queen’s passing but have since been resumed with Joshua and promoter Eddie Hearn now awaiting the final documentation in order to sign for the fight. 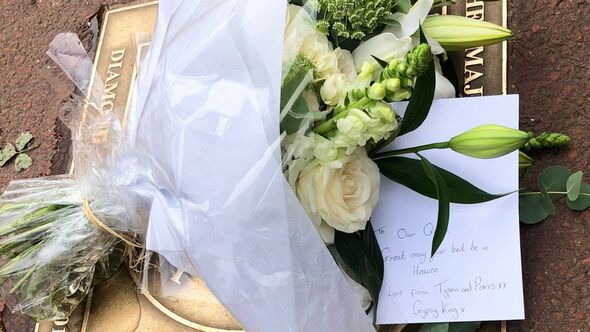 The Gypsy King was expected to face Oleksandr Usyk next in the first undisputed heavyweight unification clash of the four-belt era but pursued a fight with AJ after the Ukrainian confirmed he would be out of action until 2023.

Fury will receive a 60/40 split of all the all-British showdown’s purse with a rematch clause being signed into the contract. The final hurdle to overcome is the broadcasting rights with both men committed to rival channels – Joshua with DAZN and Fury with BT SPORT.

According to Hearn, he is in talks with Fury’s representative George Warren about a joint DAZN/BT PPV and has described the discussions as ‘promising’.