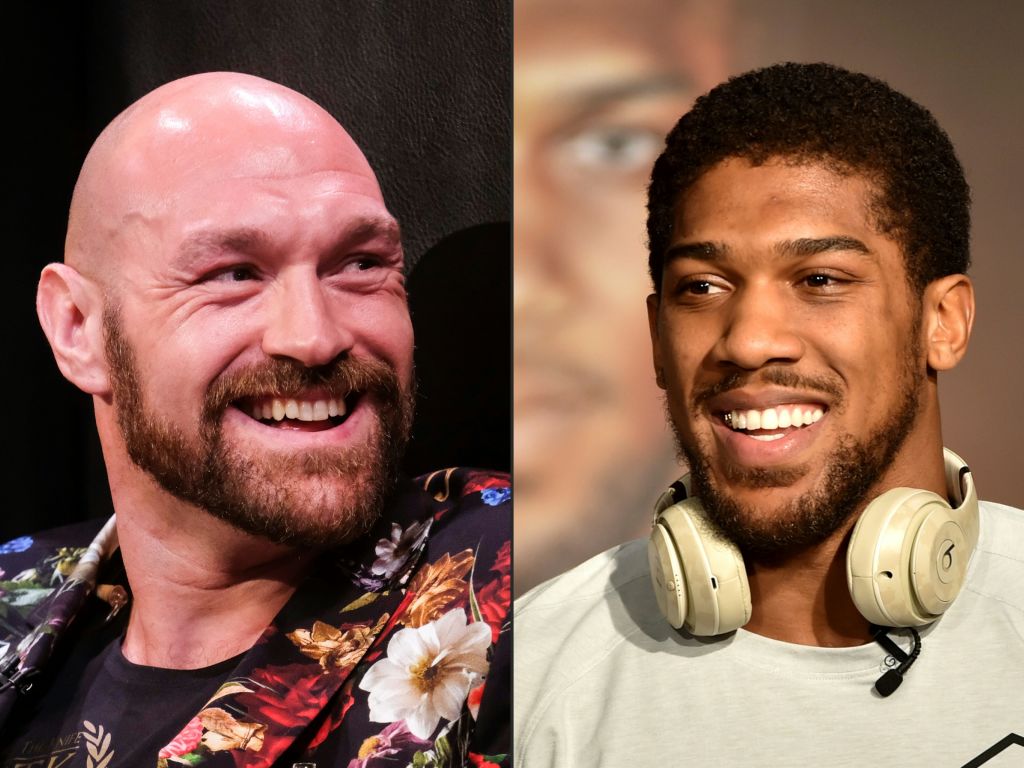 Tyson Fury has sensationally offered to train Anthony Joshua for his rematch against Oleksandr Usyk.

Joshua suffered the second defeat of his professional career against Usyk in September, outclassed by the undefeated Ukrainian who took the IBF, WBO and WBA titles to become a two-weight world champion.

A rematch clause will give the Briton the opportunity to reclaim the belts next year, with Fury guaranteeing his rival will win if he turns to him for help.

Fury told Ben Damon from Foxtel’s Main Event: ‘I believe if I train Anthony Joshua for the fight with Usyk then he’d definitely win the fight.

‘Well, you know, I’ve offered my services to him, for me to train him for his rematch. And I guarantee you he’d win.

Asked how he would train Joshua, Fury added: ‘I’d get him to fight like a big man.’

Joshua and Fury had been on course for an all-British unification showdown next year but Usyk’s win has changed the landscape of the heavyweight division.

Reacting to Joshua’s defeat earlier this week, Fury suggested his rival was guilty of looking beyond the former cruiserweight king and towards their unification fight.

‘But I’m much more capable so I welcome it. It was a disappointment to me to see that Joshua lost his fight, but you’ve got to give all the credit to the other guy. It was a great game plan, he executed it perfectly. A guy coming up from a lower division and beating him, it’s a rarity, it’s only the third time it’s happened, so you’ve got to give credit where credit’s due.

‘This is what happens when you look ahead to bigger fights. Joshua was probably looking at Usyk and thinking of Tyson Fury. But I won’t make that mistake.’