In 2014, Tyson Fury accidentally called out England and Man City footballer Lucy Bronze for fight, with the full-back responding in hilarious fashion.

At the time, the Gypsy King was 22-0 and, having just defeated Joey Abell via fourth-round knockout, was set to face Derek Chisora for the second time, after defeating him in 2011.

However, just days out from fight night, Del Boy was forced to withdraw from the contest after fracturing his hand during a training session.

Chisora, 20-4 at the time, took to Twitter to share the unfortunate news with his fans and apologised to Fury in the process.

“Sorry mate would have been a very good fight,” Chisora said.

Clearly unhappy with Chisora’s withdrawal, Fury posted some of his own thoughts on Twitter and claimed he was on the hunt for a new opponent.

However, instead of calling out the Bronze Bomber Deontay Wilder, he asked for a scrap with Man City and England full-back Lucy Bronze instead.

Do you think Tyson Fury will defeat Deontay Wilder when they meet later this year? Let us know in the comments section below. 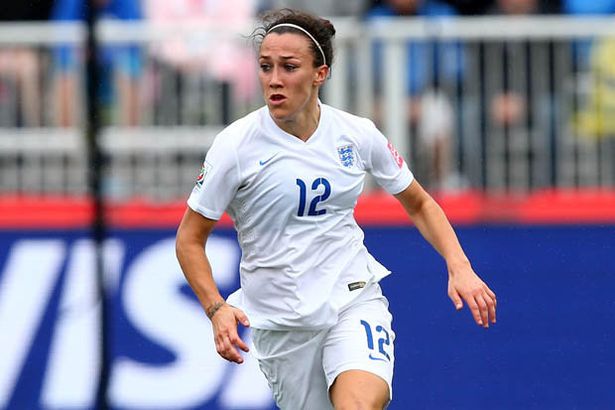 Upon seeing the tweet, Bronze told her followers that she was not too keen on a scrap with Fury, who is over a foot taller and 40kg heavier.

“Hahaha the tweets I’m getting because of this," Bronze said.

“Sorry to let everyone down, but I’m unavailable for a fight.”

Several years later, a clash between the Gypsy King and the Bronze Bomber would take place, after Fury returned to professional boxing following a lengthy hiatus. So far, the pair have shared the boxing ring twice, after their first bout ended in a draw.

The pair would meet again in 2020, and this time Fury refused to let it go the distance. Instead, the Gypsy King walked Wilder down, suffocated the American with pressure, and knocked him out in the seventh round.

Wilder and Fury are set to clash again later this year, with a trilogy bout scheduled for October 9 at the T-Mobile Arena in Las Vegas.

Fury is set to enter as a heavy favourite, despite suffering from COVID-19 earlier this year.