Tyson Fury’s promoter Tyson Fury says that ‘fights are still being made’ and that the phone ‘doesn’t stop ringing’, despite the ongoing coronavirus pandemic disrupting the boxing schedule. Warren has had to postpone his upcoming shows because of the virus.

The biggest fight that can be made in world boxing currently is Fury vs Anthony Joshua.

Both fighters hold all of the world heavyweight title belts in the division, after Fury’s win over Deontay Wilder in February.

Wilder has the WBC strap in his possession while Joshua holds the WBA, WBO and IBF championships. 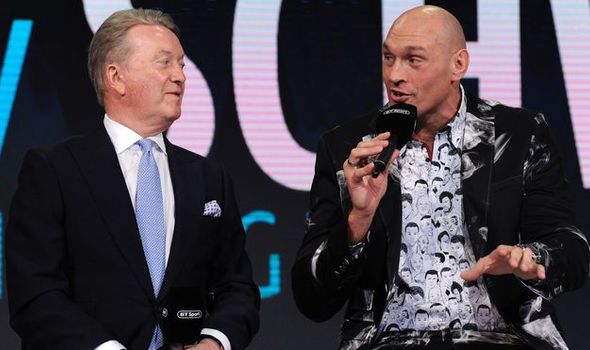 Joshua’s promoter Eddie Hearn has talked up a potential fight between the two since Fury’s win over Wilder.

Warren is also keen for the fight to happen, and while he didn’t mention Joshua and Fury specifically, he admits that fights are still being made and talked about, despite the virus halting immediate plans.

“The top and bottom of it from the promotional side of the game is that the phone is still ringing all the time and fights are being discussed and made,” he told Boxing Scene.

“What we cannot do at the moment is allocate a time or place for putting them on.

“Even without the certainty boxers bank on during training programmes, it is important they keep themselves in decent shape during this enforced period of downtime.

“When we get the green light to get going again it is the ones who are ready and have shown the discipline that will reap the immediate rewards.

“There are a couple of things that people who are thinking out loud about when boxing will be able to resume need to consider. 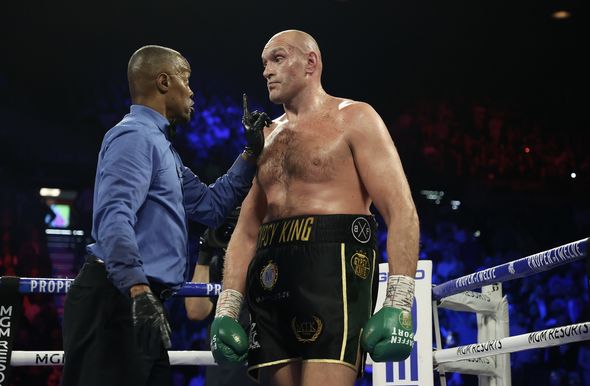 “It is not just a case of a few restrictions being lifted and off we go.

“The gyms need to reopen for starters and fighters need to be allowed within glove to pad distance to their trainers.

“Another big consideration is sparring. For big fights it is typical that the appropriate sparring partners are drafted in from across the world.

“Current border restrictions in many countries would make this impossible.

“We’ve got our huge Daniel Dubois-Joe Joyce collision booked in for July 11 and we are hoping we can get it on if the situation has improved by then, but there would need to be an easing of restrictions in the weeks leading up to this.”