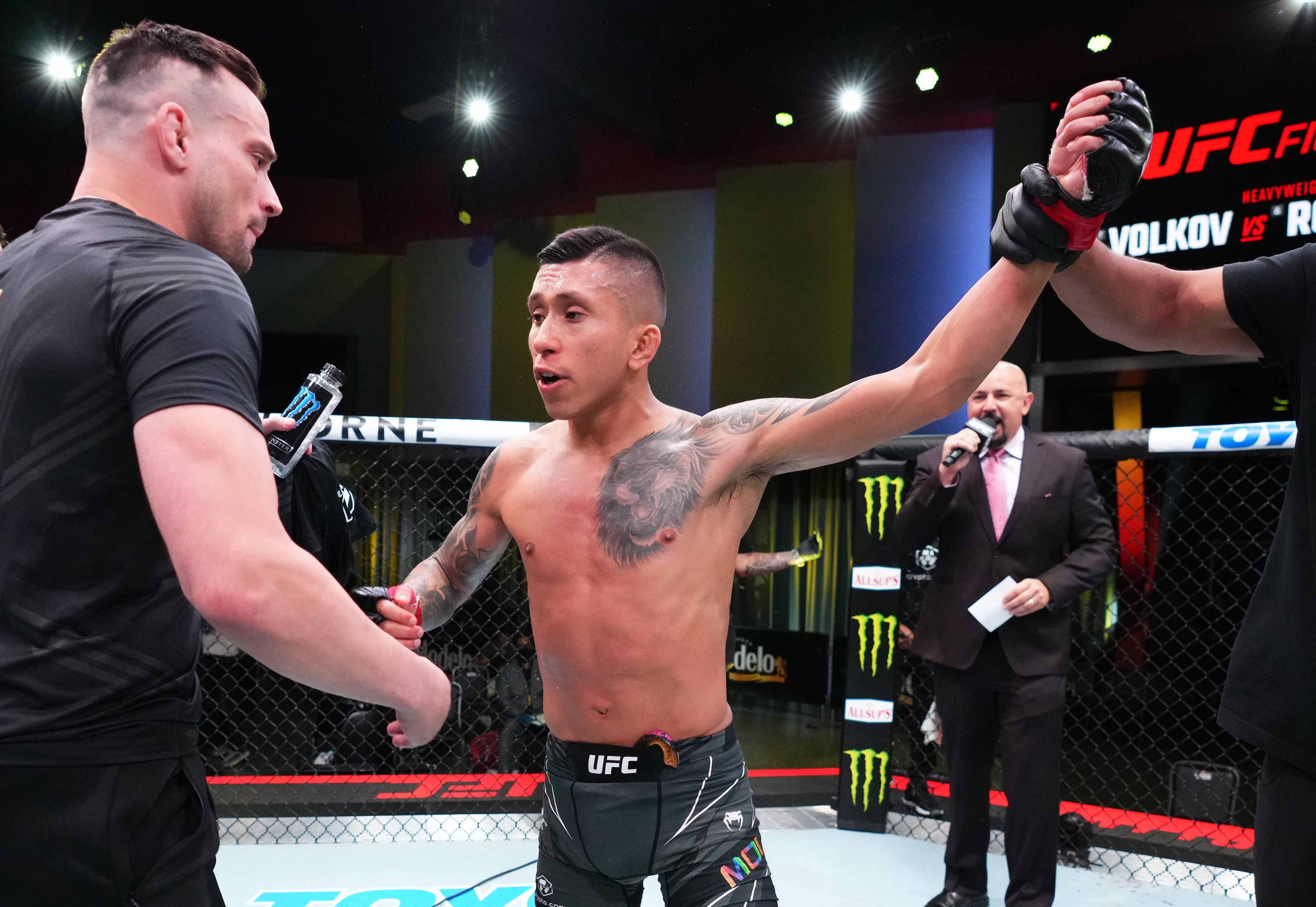 UFC fighter Jeff Molina has hit back at fans who complained after he wore shorts with a rainbow flag design in order to show support and raise money for the LGBTQ+ community during pride month.

The 24-year-old made a subtle alteration to his usual black shorts by having his surname written in rainbow colours, assisting the UFC’s Pride Month campaign, which is seeing it donate all profits from LGBTQ+-themed t-shirt sales to a community organisation in Nevada in the United States.

The New Jersey native managed a victory over Zhalgas Zhumagulov in a preliminary flyweight bout organised by the UFC on Saturday night, increasing his record to 11 wins from 13 fights.

But the reception the shorts were given online was not entirely positive, with a slew of homophobic comments posted online. Molina, though, doubled down on his support for what he called an ‘oppressed and ostracised’ community.

‘I picked the colours because I thought it looked cool, and then also it supports a good cause,’ Molina said following his victory. ‘I’ll support anything of a community that’s been oppressed and ostracised for some time for something they can’t help. I’ll get behind any of that. It wasn’t that long ago that there was school segregation, and that was like less than a person ago, something like Stonewall, that was like 50 years ago. That’s not even a whole person ago, man – this is recent s***.

‘I just thought in 2022 people would be a little more open-minded and not pieces of s***, but I guess I was wrong. It’s just crazy to me. People were saying some crazy s*** and like, dude, what would you do if your kid’s gay? Mind your own business, it doesn’t concern you. Get f*****.’

Molina added that he doesn’t necessarily view himself as an ‘ally’ of the LGBTQ+ community, but rather just a ‘decent person.’

‘Who the f*** cares, bro,’ he said. ‘It’s not even about being an ally — I’m not saying I’m not — but it’s just like, just be a decent f****** person. Just be a decent human being. Judging someone, and then trying to justify it with religion, and saying all sorts of spiteful, hateful s*** is crazy to me. It’s mind-boggling.

‘Who cares who someone wants to be with, their sexual preference, and then the irony of trying to justify it with religion of something that’s supposed to be so accepted, and I was honestly shocked [with the negative reaction].’

This year marks 50 years of Pride, so it seems only fitting that Metro.co.uk goes above and beyond in our ongoing LGBTQ+ support, through a wealth of content that not only celebrates all things Pride, but also share stories, take time to reflect and raises awareness for the community this Pride Month.

And we’ve got some great names on board to help us, too. From a list of famous guest editors taking over the site for a week that includes Rob Rinder, Nicola Adams, Peter Tatchell, Kimberly Hart-Simpson, John Whaite, Anna Richardson and Dr Ranj, we’ll also have the likes Sir Ian McKellen and Drag Race stars The Vivienne, Lawrence Chaney and Tia Kofi offering their insights.

During Pride Month, which runs from 1 – 30 June, Metro.co.uk will also be supporting Kyiv Pride, a Ukrainian charity forced to work harder than ever to protect the rights of the LGBTQ+ community during times of conflict. To find out more about their work, and what you can do to support them, click here.