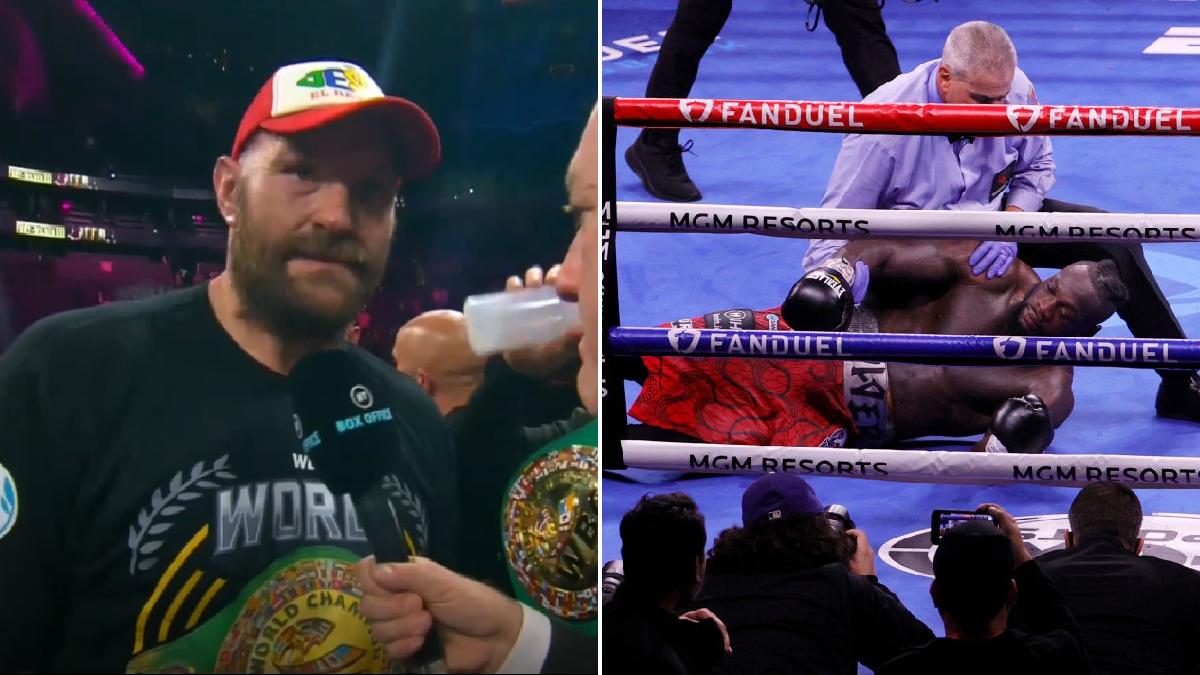 Tyson Fury has revealed what his trainer SugarHill Steward told him before he knocked out Deontay Wilder to retain his WBC world heavyweight title.

Fury, fighting Wilder for the third time, made a strong start to the trilogy fight in Las Vegas, sending the American to the canvas in the third round.

But Wilder responded brilliantly and twice knocked down Fury in the fourth round, with his big right-hand threatening to cause an upset at the T-Mobile Arena.

Fury showed his class to stop Wilder’s momentum, however, and gradually wore the 35-year-old down before knocking him down in the tenth, and knocking him out in the 11th.

The unbeaten Brit paid tribute to his trainer, SugarHill Steward, after the win and revealed how he inspired his late knockout.

‘I need to thank my trainer. At the end there he he told me, “get your jab working, only the big dogs pull it out late on”.

‘It was edge of the seat stuff and could’ve gone either way. Sugar Hill pushed me to knock him out late.’

Fury added: ‘I want to say thank you to my lord and saviour Jesus Christ. I give him the glory he gives me the victory.

‘I was down a couple of times, I was hurt, Wilder is a strong puncher.

‘It was a great fight tonight. I will not make any excuses, Wilder is a top fighter, he gave me a run for my money. I always say I am the best fighter in the world and he is the second best.

‘Don’t ever doubt me. When the chips are down I can always deliver.’