Surely no one will ever think women’s golf is a lesser game again. Not after this. Not after a fantastic, suspenseful final round at the AIG Women’s Open featuring heroics from Georgia Hall and plenty more, and utter heartbreak on a Jean van de Velde scale for Nanna Madsen from Denmark.

There’s no finishing hole in golf to compare with the 18th at Carnoustie and once again it showed all its cruel beauty, as the final two players on the course stood on the tee, on the same leading score.

Sweden’s Anna Nordqvist walked off with the par of her life for a one-stroke victory over Hall, fellow Swede Madelene Sagstrom and American Lizette Salas while the other contender, Madsen, was in tears after a brutal double bogey featuring a cold shank out of a greenside bunker. 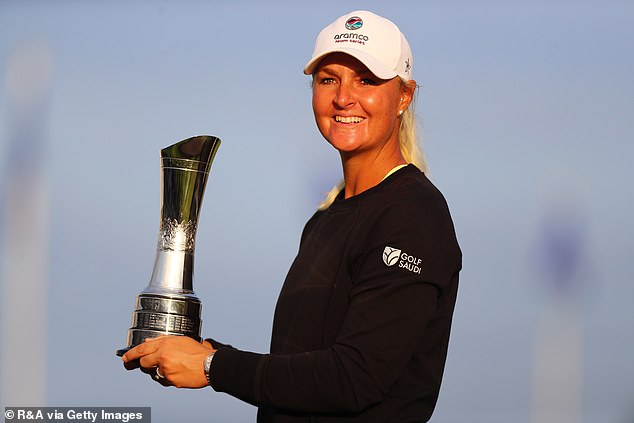 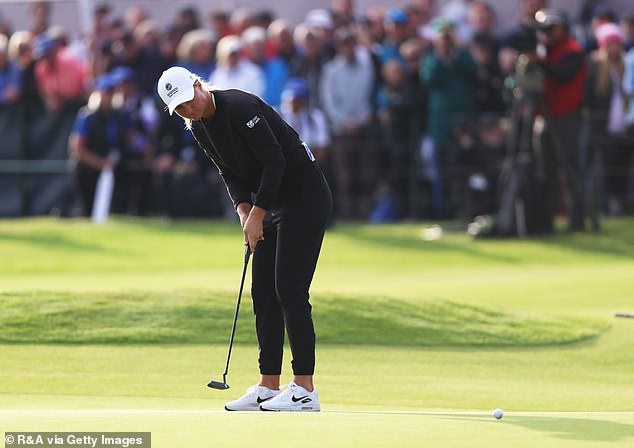 Nordqvist thoroughly deserved her third major triumph. She had not one but two putts that lipped out so horrifically, the ball did a full 360-degree circuit around the hole’s circumference before staying above ground each time.

The 34-year-old, who has struggled in the past with the chipping yips, kept her composure.

At the treacherous final two holes she needed metal woods not only off the tee but for her second shots, but on each occasion she found the putting surface and got the two regulation figures she needed to break the logjam.

There might have been disappointment ultimately for Hall, the 2018 champion, who had shot a valiant 67 that tied the day’s best round but she was rightly proud of her efforts, as were Sagstrom and Sallas.

Sagstrom had begun with a seagull picking up her ball on the first fairway before attempting to fly away with it, but thereafter she encountered only birdies of the more palatable kind.

So much for ‘Carnasty’. Rarely can a weather forecast have proved more hopelessly inaccurate, as the wind and rain predicted on Friday gave way to a perfect summer’s day in reality.

Not only were the conditions ideal for scoring, the R&A played their part with inviting pin positions on par fives and bringing the tee forward at the 11th to turn the hole into a driveable par four. 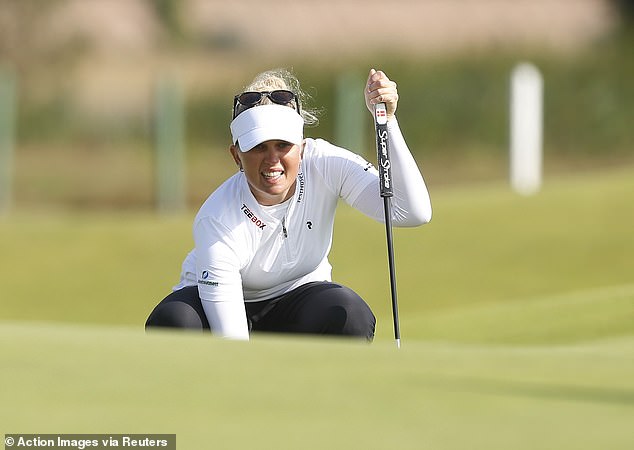 With the 12th and 14th being long holes, here was the ideal opportunity to make spectacular gains before hanging on over the difficult finish. For those who were a few shots off the lead with nothing to lose, there was the perfect chance to go for broke.

Hall demonstrated exactly what was possible. An eagle-birdie run on the front nine had taken her into a share of the lead, but bogeys at the 8th and 9th appeared to kill the momentum.

What a response. A birdie at the 11th was followed by a chip-in eagle from 20 yards short of the 12th green as the 25-year-old from Bournemouth finally got the break that had eluded her during her frustrating third round 73.

Hall kept her foot down with a two-putt birdie at the 14th, before demonstrating her class with the shots she played over the tough final four holes. 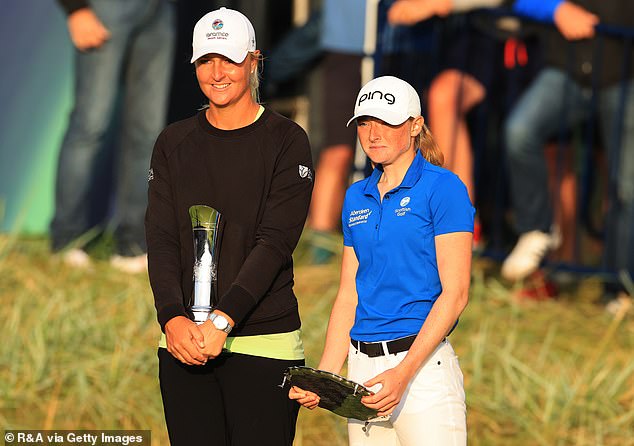 True, there was a bit of luck at the 18th as her drive finished just a yard short of the cavernous fairway bunker.

She followed it with a fine five iron and two-putted for her five-under par score. It looked as if the long wait would lead to her involvement in a mass play-off before the gutsy finish of the recently married Nordqvist, whose husband Kevin McAlpine hails from nearby Dundee.

There was no question where the crowd’s loyalties lay — and quite right too, after the way Scottish amateur Louise Duncan played on Saturday to lie two off the lead.

When she birdied the 1st, the locals were truly in fantasyland. Alas, Duncan struggled for birdies thereafter, but a 72 and a top-10 finish whilst experiencing such a pressure-cooker environment for the first time was thoroughly deserving of the standing ovation she received at the 18th.

What a performance from the 21-year-old from West Kilbride, who’s still got two years left at Stirling University and was a runaway winner of the Smyth Salver as low amateur.

This week she moves on to the Curtis Cup at Conwy, and her performance has surely provided Britain and Ireland’s leading women amateurs with a terrific boost as they try to wrest the trophy back from the Americans. 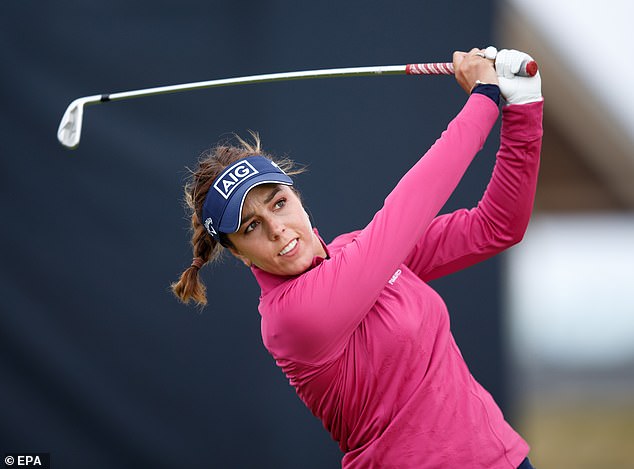