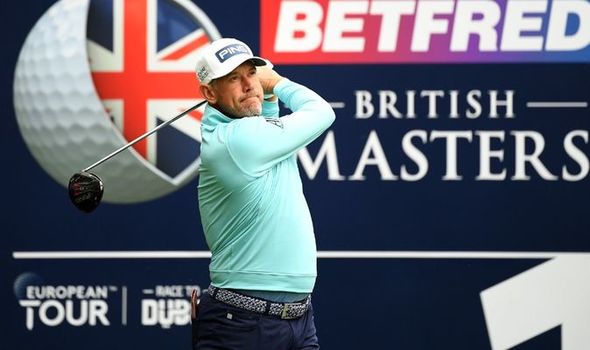 A brilliant burst of scoring shot Scotland’s David Law to the top of the leaderboard as the European Tour enjoyed a successful return to action at the British Masters. Law began his first round at Close House with five straight pars but then birdied the next five holes in a row, produced a brilliant up and down from thick rough to save par on the 11th before carding birdies on the 12th and 13th as well.

The resulting seven-under-par 64 left the 29-year-old a shot ahead of Oliver Fisher, Garrick Porteous and Renato Paratore, with 2018 winner Eddie Pepperell among those two shots further back.

Law had missed five cuts in seven events in 2020, including four in a row before the sport was shut down due to the coronavirus pandemic, although a recent course-record 60 at Hazlehead had suggested a return to the sort of form which saw him win the ISPS Handa Vic Open in February 2019.

“I did not really know what to expect and it’s probably (about having) a mindset of acceptance,” Law said.

“You need to know it might not go your way this week. It’s only one round but it’s a very positive start.

“It was guilt-free time at home because there were no tournaments on that you were missing to be at home. It was a strange time but I got time at home with the family; we have a 19-month-old daughter and we’ll never get that time again.”

Fisher, who carded the first 59 in European Tour history in the Portugal Masters in 2018, was another player to enjoy time at home with a young family during the lockdown, but found the nasal swab test for Covid-19 a far less pleasurable experience.

“I felt a little bit violated I must say,” Fisher said with a smile. “It felt like he was trying to find my brain in there somewhere.”

All players, caddies and officials were tested before travelling to the venue and again when arriving on site, with no reported positives so far.

Face masks are required indoors and social distancing measures must be observed.

No spectators have been allowed on the course, although Pepperell had one particular viewer in mind when he recovered from a slow start with four birdies in six holes from the sixth.

“I think having TV cameras there was a bit of a God-send,” Pepperell said.

“When they’re there, you’re aware you’re on television. My mum’s watching, so I want to impress her.”

How to watch the British Masters

Fans in the UK can watch the action live on Sky Sports Golf.

Existing customers will be able to live stream the event through the Sky Go app.

Those without a subscription can purchase a Sky Sports pass via NOW TV.

The second round gets underway at 7am on Thursday morning, with the final group heading out at 2.50pm.

The full list of tee times for the British Masters can be found here.

The total prize fund for the British Masters stands at €1.25million.

The full breakdown will become avaialable after the tournament.